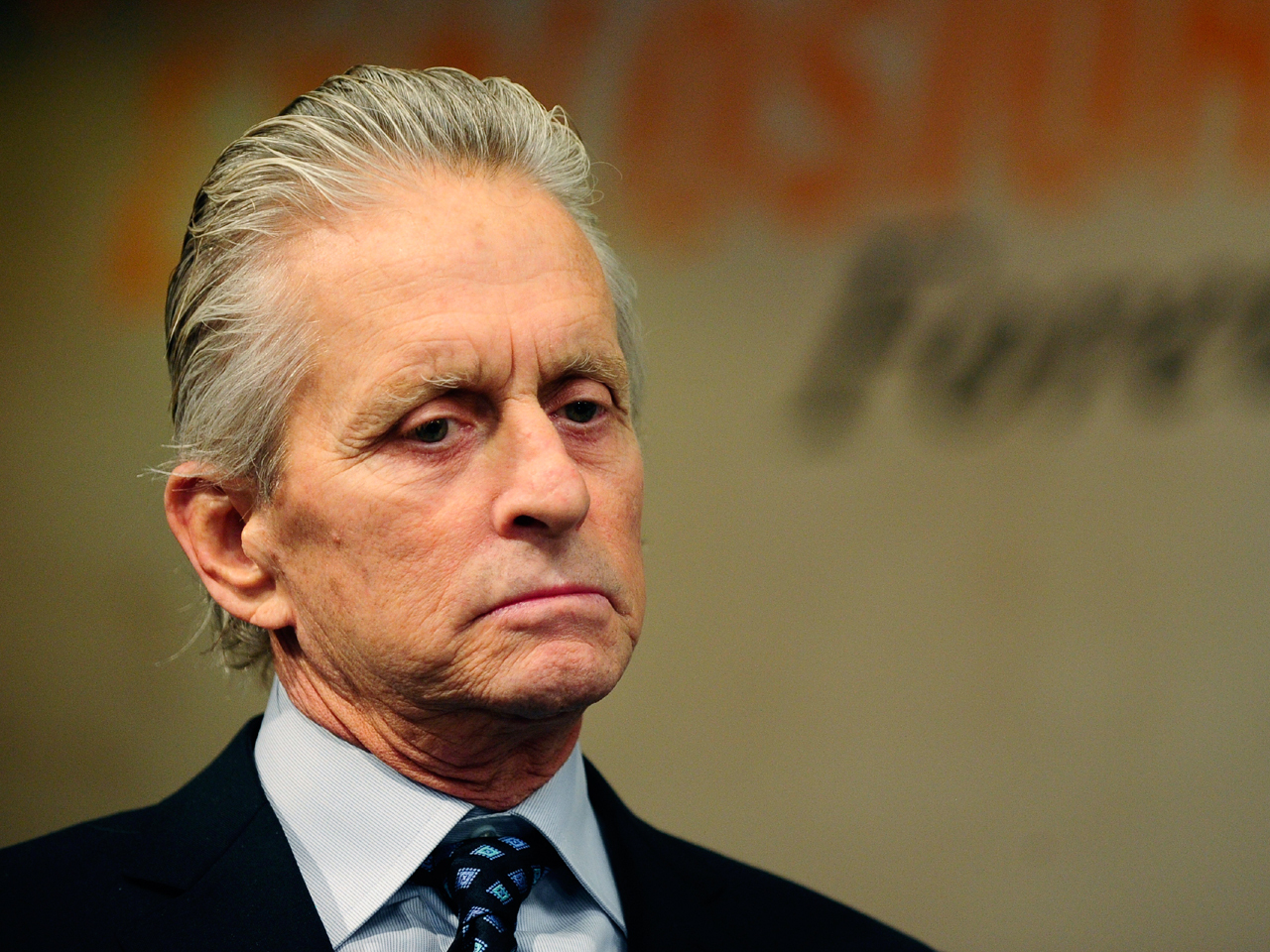 (CBS) - It's not been a good week for actor Michael Douglas.

The day before news broke that his wife, actress Catherine Zeta-Jones, entered a mental health treatment center for bipolar II disorder, Douglas' ex-wife returned to court in New York seeking to get half of his earnings in "Wall Street: Money Never Sleeps."

A Manhattan judge dismissed Diandra Douglas' suit last November, ruling that the case be heard in California, which is where she and the Academy Award-winner divorced in 2000 after 23 years together. She reportedly received more than $50 million from the settlement.

"I don't feel mudslinging and attacking a single mother is particularly attractive in trying to resolve legal matters," Diandra said while leaving court Tuesday, according to The Associated Press."I've always behaved as a lady, and I always intend to do so in the future."

Douglas, who overcame a high-profile battle of stage IV throat cancer, did not attend the hearing.

The stress surrounding his health and ex-wife are reportedly what affected Zeta-Jones' psychological state.

"There's no question it's been a stressful year," friend of Zeta-Jones, 41, told People magazine.