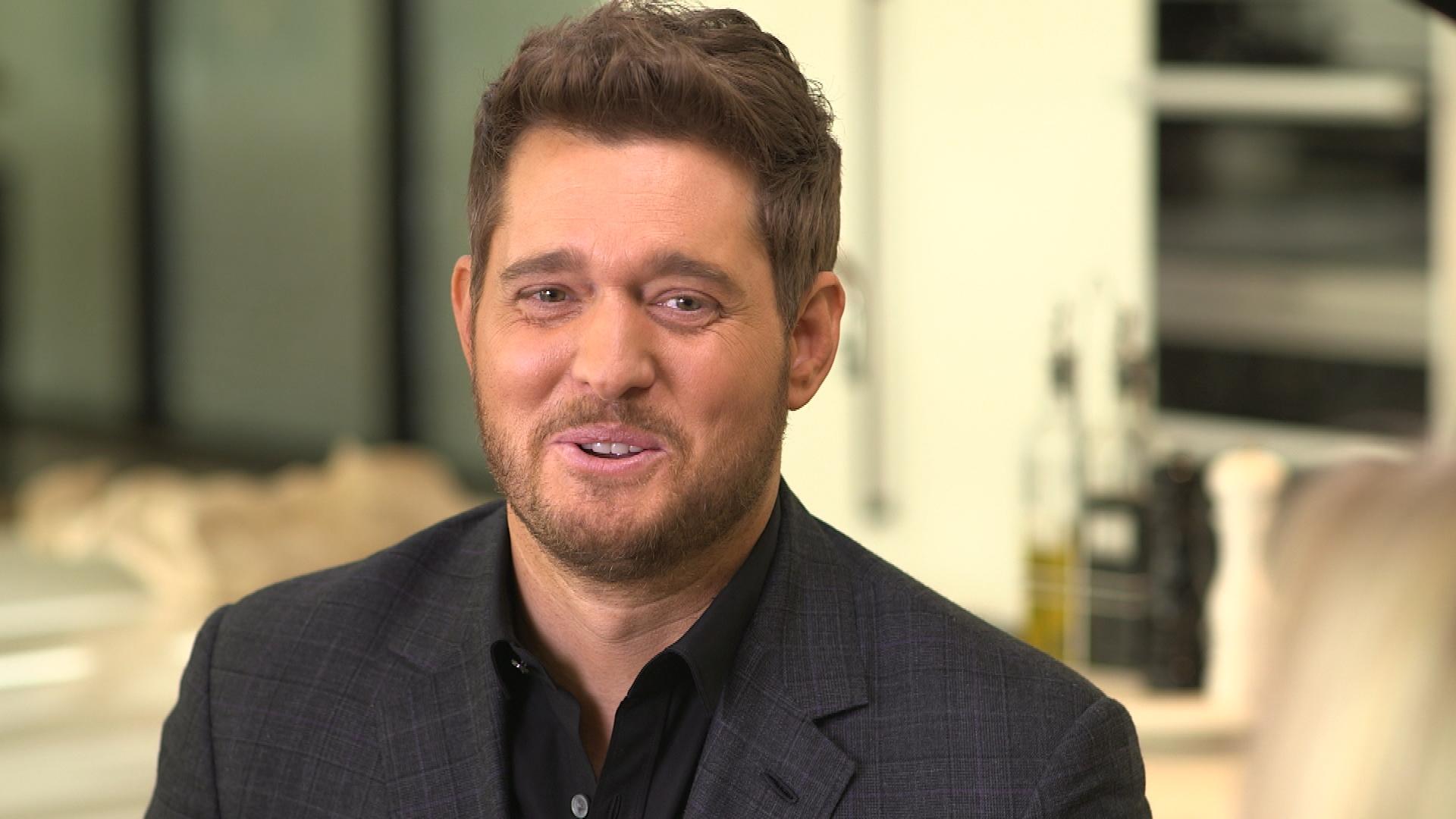 By any standard, Michael Bublé is a "rock star." His crooning baritone can take your breath away, and so can his numbers: four Grammys, 60 million albums, and more sold-out shows than he can probably count.

Bublé's take on American standards has earned him a spot among the greats. He's been compared favorably with everybody from Tony Bennett to Frank Sinatra.

The Chairman himself recorded some of his greatest hits at Capitol Studios in Hollywood, and that's where Bublé cut his latest record, with alive orchestra. Walking into Studio A, correspondent Tracy Smith asked Bublé, "What's it like when you come in here?"

"It feels expensive," he replied. "It feels like I have probably spent more money in this room than any room anywhere else in my life."

And he didn't spare a dime on his latest, "Love," which debuted near the top of the charts last month.

And even his older stuff sells: just last week, his 2011 Christmas album was at number five.

But as he told Smith when she stopped by his house in Vancouver, Bublé doesn't take any of this for granted.

She asked, "Was there a moment when you realized, 'I've reached the dream, I've made it'?"

"So was I!" he laughed. "You know what's great, too? I started, I got into the middle of it, and I thought, 'Use really round, simple numbers, Bublé.'"

"You really think most of it is luck?"

"You kind of have a nice set of pipes, too."

"So does everyone on 'American Idol,'" he said.

Maybe, but not many people on "American Idol" have platinum records, like his 2009 hit, "Haven't Met You Yet."

And in case you didn't know, the actress in this music video was his then-fiancé, Luisana Lopilato, whom he met after a gig in her native Argentina. They married in 2011.

"I love that she married me. And she's hot," Bublé said. "There's a part of me that's really happy that I'm a famous person, because my wife is so beautiful! I know that if I wasn't, and I would walk into rooms with her, they would just assume that I was really wealthy – She's way too hot for him, don't you think? Honestly."

Their first child, Noah, was born in 2013. At first, life was normal, or at least what passes for normal in the Bublé household, until just after Noah's third birthday, when he was diagnosed with liver cancer – and the Bublés put their careers on hold.

Smith asked, "Do you feel like you needed to step away?"

"Oh, no, there was no choice," he said. "No family has a choice. There is no choice. It was, take care of business – there was never any conscious decision, ever. There was just, you know, come together as a family, put your head down, pray lots, and just survive."

But he didn't stop singing. "I never stopped singing, ever," he said.

Still, he was off the music scene – gone, but not forgotten: "People wrote to us. People stopped us in the street. They were effusive about how they felt. And I just felt love. Love, love, love all the time."

And clearly, they needed it.

Bublé says his son's illness was especially hard on his wife. "I think it cost her more than she ever could have imagined. And I think that what we went through with our kid and all of that was, honestly, I mean, it was a great cost. You know, love isn't free. Love is not free."

But after months of treatment, Noah responded well enough for the family to breathe a collective sigh of relief.

Smith asked, "Seriously, how is Noah now? You guys are out of the woods?"

In his basement is a full-size hockey rink where he can blow off steam, or give a novice a few pointers.

"Where's the part where I check you and you end up in the penalty box?" asked Smith.

"You do your hard hitting in your interviews, OK?" He replied.

Growing up in Vancouver, Michael Bublé thought he'd follow his dad into the commercial fishing business, but in his heart he knew he wanted to sing. And a few hit records later, he has his very own Canadian playground. "This is a stupid thing," he said of his personal rink, "but this is a stupid thing that I can use for the rest of my life."

He's back on stage again these days, but jets home whenever he can. The Bublé brood now stands at three, with son Elias, and daughter Vida, who arrived in July.

"They're the loves of my life," said their poppa.

Smith asked, "When you look at them, what do you think?"

That's probably not happening anytime soon. Bublé will be on a worldwide tour for much of 2019, happy to be back on the road, and with so much more to be grateful for.

Bublé said, "When we went through what we went through with our family and the diagnosis, I was reminded, in one horrible moment, how lucky I am and how grateful I am, and how beautiful life is."

Smith asked, "What are you most grateful for?"

To watch Michael Bublé perform "When I Fall in Love," from his new album "Love," click on the video player below.