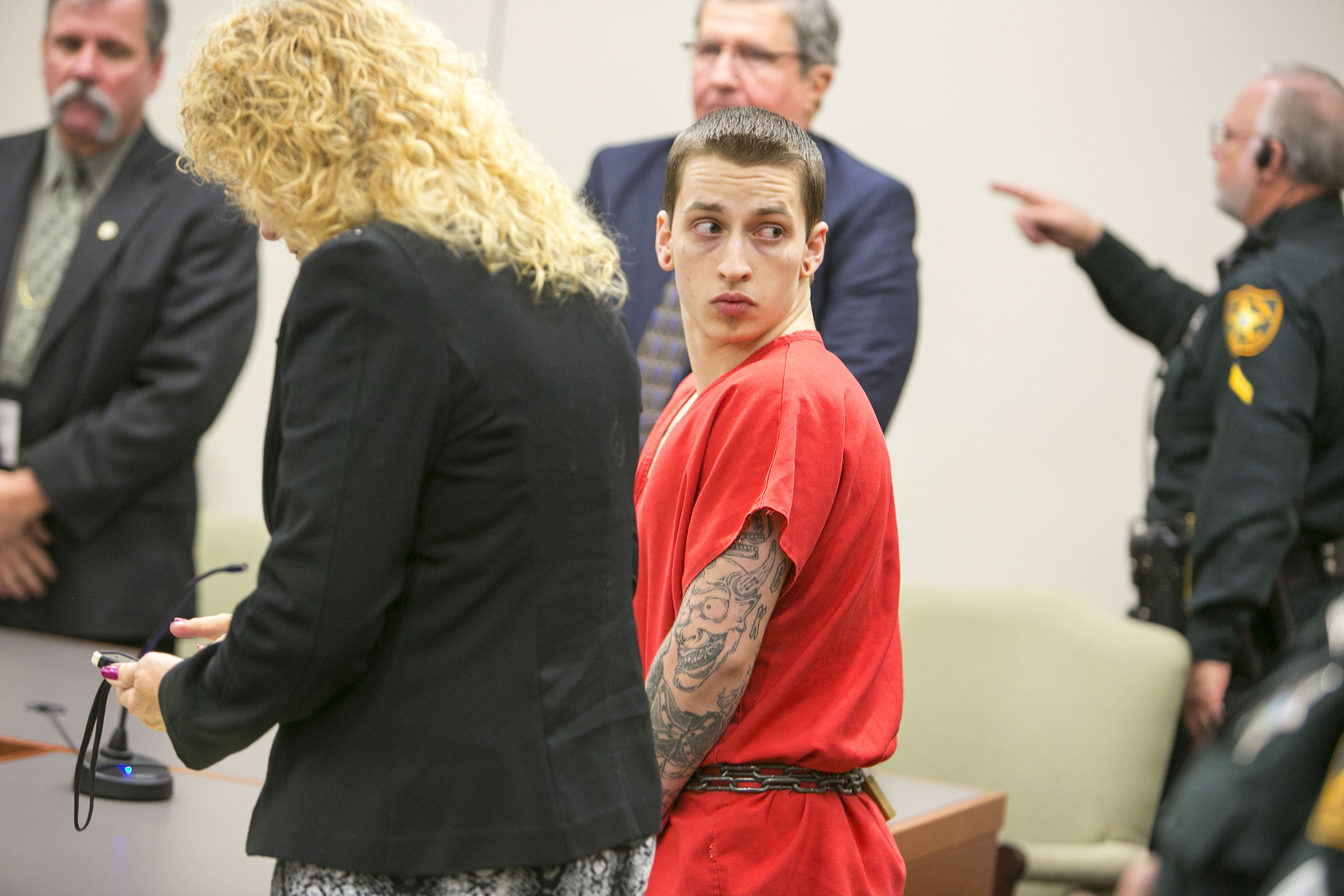 OCALA, Fla.  - Michael Bargo, 21, is heading to death row for his part in the April 2011 slaying of Summerfield, Fla. teenager Seath Jackson.

During a 10-minute hearing on Friday, Circuit Judge David Eddy read the sentence that sends Bargo to death row. He was the last of five defendants to be sentenced in the murder of Seath Jackson near Ocala.

Prosecutors say Jackson was lured to the home where he was beaten, shot and tortured before his body was burned in a backyard fire pit. The teen's remains were then placed into three paint buckets and dumped into a limerock pit. Testimony showed bad blood existed between Jackson and Bargo.

Bargo was believed to be the triggerman and mastermind behind the plot to kill Jackson.

In a recent jailhouse interview with the Star-Banner, Bargo said, "I'm not crazy, I'm not a psycho, I'm not a bad person."

Bargo told jurors during his trial in August that he wasn't at the home when Jackson was killed and was only an accessory after the fact. The jury recommended the death sentence by a 10-2 vote.

During the penalty phase of the trial, the defense presented evidence of a messy separation between his parents that left Bargo angry and bitter. They also suggested that Bargo suffers from seizures in his brain where he becomes unable to control his emotions.

The state countered with an expert that disagrees with some of the defense's assessment. They said Bargo was in control of his emotions the night Jackson was killed.

Jackson's family wasn't in the courtroom Friday. Bargo's father, Michael Bargo Sr., called out "I love you son," before the 21-year-old condemned to death was led from the courtroom.