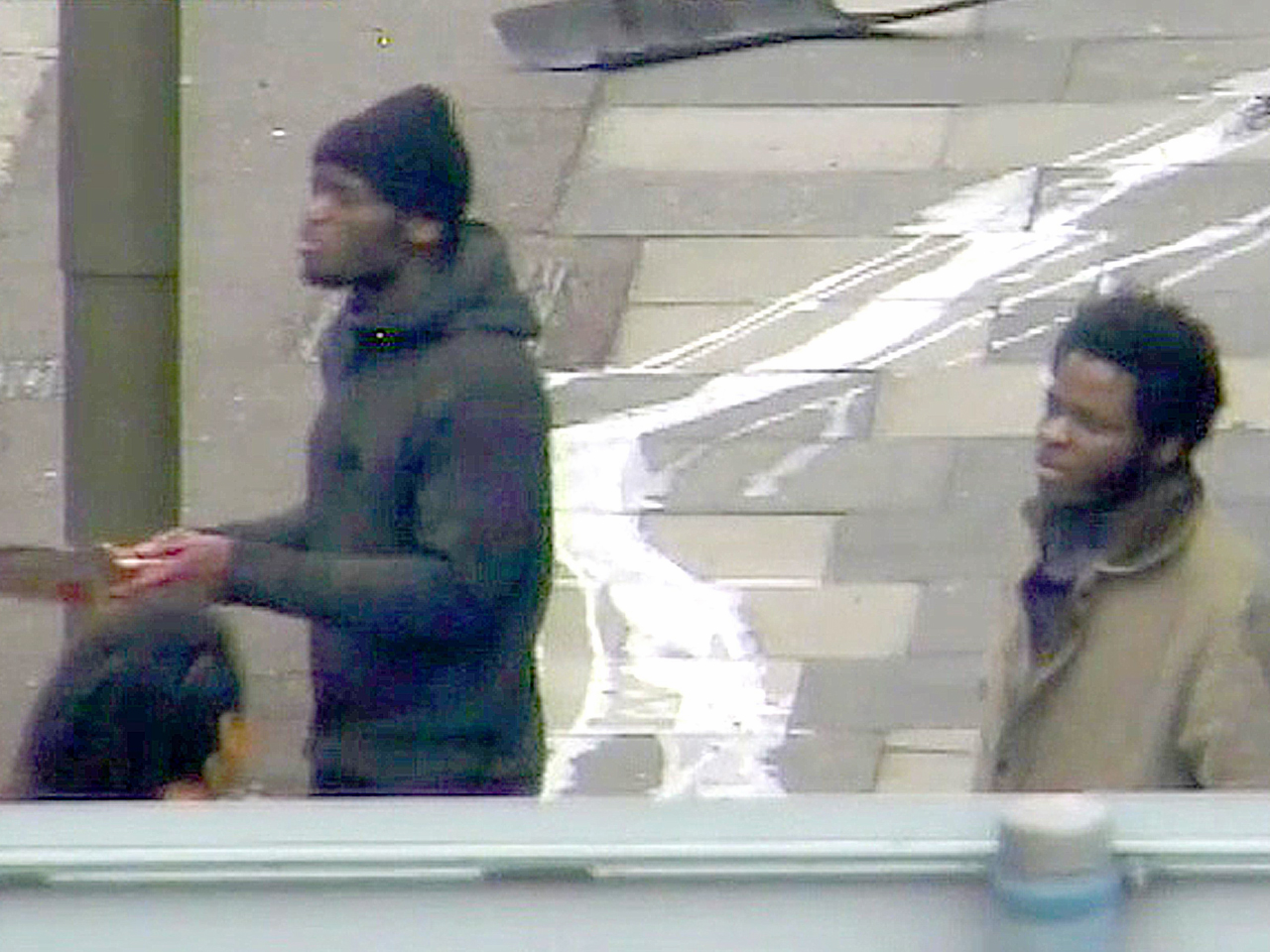 LONDON -- A jury on Thursday convicted two British men who considered themselves "soldiers of Allah" of murdering a serviceman who was run down with a car and stabbed to death in a frenzied attack on a London street.

The jury of eight women and four men deliberated for just 90 minutes before finding Michael Adebolajo and Michael Adebowale guilty of murdering Fusilier Lee Rigby. They were acquitted of attempting to murder a police officer.

Both men had pleaded not guilty to murder, though neither denied taking part in the May 22 attack.

The 25-year-old Rigby was returning on foot to his barracks in south London when he was hit by a car, then stabbed and nearly decapitated.

Adebolajo was filmed by a passer-by moments after the attack, covered in blood and holding a cleaver and a knife, justifying the killing as revenge for British troops killing people abroad.

"An eye for an eye, and a tooth for a tooth," he said repeatedly on the video.

Adebolajo later told the police, in an interview played in court, that Rigby had been targeted because "he was the soldier that was spotted first."

Adebowale chose to present no evidence in his defense during the three-week trial at London's Central Criminal Court. His lawyer, Abbas Lakha, told the jury that his client agreed with Adebolajo's description of the attack as a "military operation" and the two men as soldiers.

After the attack Adebolajo, 29, and 22-year-old Adebowale waited at the scene, charged a police car as it arrived a few minutes later, and were shot and wounded by officers.

Both men denied trying to kill a police officer. Lakha said Adebowale had brandished a 90-year-old unloaded pistol to ensure police would shoot them and they "would achieve martyrdom."

Armed officers shot Adebojalo in the leg and Adebowale in the hand, then gave the men first aid.

The savagery of the crime, Adebolajo's bloodthirsty rhetoric - delivered in a London accent - and the ordinary working-day surroundings all helped make the killing a crime that inflamed fears of Islamic extremist terrorism in Britain. It was followed by a spate of attacks on mosques and Islamic centers, and by protests from far-right groups.

The attack also raised questions about whether Britain's intelligence services could have done more to prevent Rigby's killing, as both suspects had been known to them from earlier inquiries.

Adebolajo, who comes from a Christian family and converted to Islam in his teens, was arrested in November 2010 near the Kenya-Somalia border and eventually returned to Britain. Kenyan officials said he intended to join an Islamic militant group in Somalia.

The pair had been radicalized, in part through exposure to firebrand preachers like U.S.-born al-Qaida leader Anwar al-Awlaki, who was killed in a U.S. drone strike in Yemen in 2011. Sermons by al-Awlaki and other extremist material were found at Adebolajo's father's house.

The men were not accused of being linked to a wider conspiracy. Adebolajo told the court he had never met anyone from al-Qaida but admired the terrorist group and considered its members his "brothers in Islam."