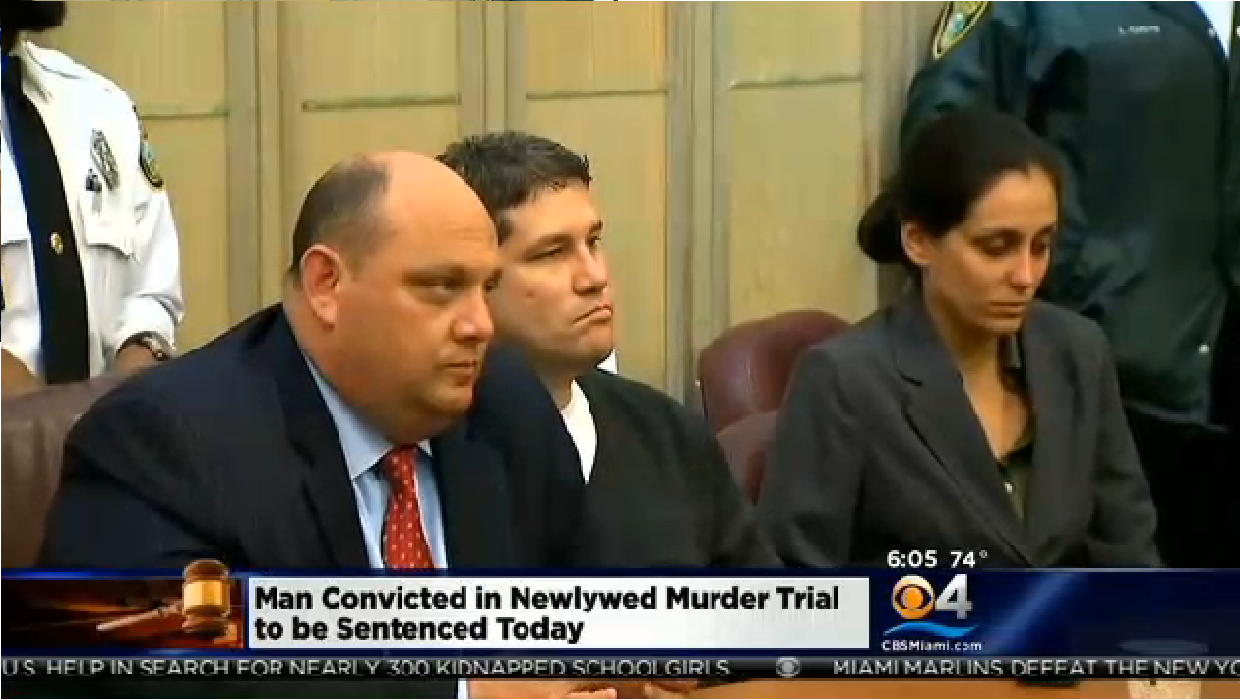 MIAMI - A Miami man convicted of murdering his newlywed wife so he could collect on a one million dollar life insurance policy has been sentenced to life in prison without the possibility parole, reports CBS Miami.

Michel Escoto, 42, was convicted in April of first-degree murder in the 2002 death of his wife of four days, Wendy Trapaga.

At the opening of Escoto's sentencing hearing Monday, Miami-Dad Circuit Judge Marisa Tinkler Mendez denied a motion by the defense for a retrial.

Later in the hearing, prosecutor Gail Levine spoke, saying, "Wendy's life was short, but her road to justice was long."

"Michel Escoto you destroyed my life," she said, choking back tears. "Many of you have daughters and sons and they will give you kisses this Mother's Day. I will have to go to put flowers on my daughter's tomb. She didn't deserve this."

During the trial, Escoto's girlfriend, Yolanda Cerillo, testified that Escoto planned to drug his newlywed bride, making it look like an accidental overdose and drown her in a Jacuzzi.

The plot was botched, however, when she awoke in the water and began to struggle.

Cerrillo also testified that Escoto drove his semi-conscious wife to Cerillo's house and said the two went to the warehouse district where Escoto beat his wife with a tire iron and strangled her, reports the station.