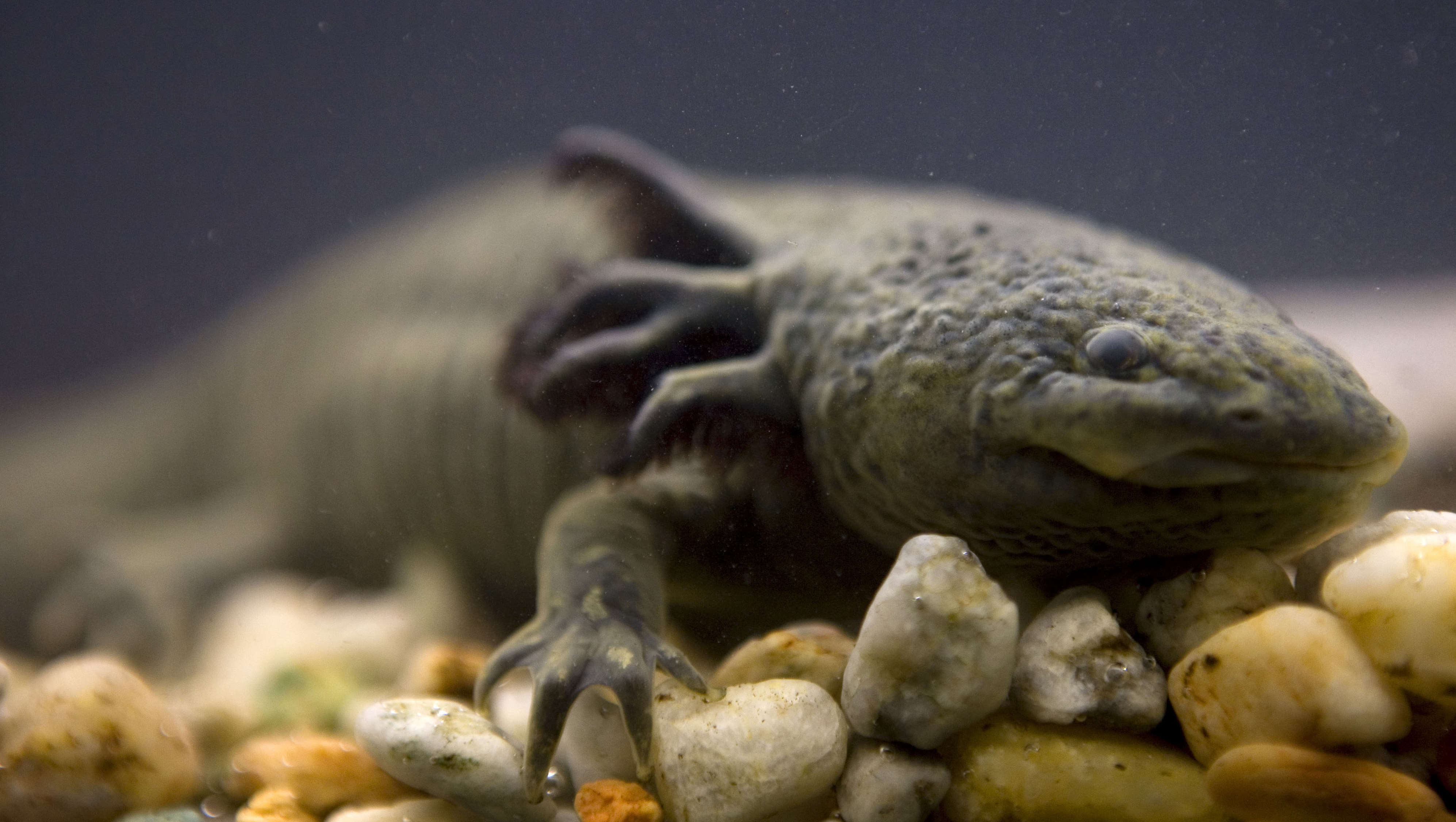 MEXICO CITY - Mexico's salamander-like axolotl may have disappeared from its only known natural habitat in Mexico City's few remaining lakes.

It's disturbing news for an admittedly ugly creature, which has a slimy tail, plumage-like gills and mouth that curls into an odd smile.

The axolotl is known as the "water monster" and the "Mexican walking fish." Its only natural habitat is the Xochimilco network of lakes and canals - the "floating gardens" of earth piled on reed mats that the Aztecs built to grow crops but are now suffering from pollution and urban sprawl.

Biologist Armando Tovar Garza of Mexico's National Autonomous University said Tuesday that the creature "is in serious risk of disappearing" from the wild.

Describing an effort last year by researchers in skiffs to try to net axolotls in the shallow, muddy waters of Xochimilco, Tovar Garza summed up the results as "four months of sampling - zero axolotls."

Some axolotls still survive in aquariums, water tanks and research labs, but experts said those conditions aren't the best, because of interbreeding and other risks.

Growing up to a foot long, axolotls use four stubby legs to drag themselves along the bottom or thick tails to swim in Xoxhimilco's murky channels while feeding on aquatic insects, small fish and crustaceans. But the surrounding garden-islands have increasingly been converted to illicit shantytowns, with untreated sewage often running off into the water.

Tovar Garza said it is too early to declare the axolotl extinct in its natural habitat. He said that in early February, researchers will begin a three-month search in hopes of finding what may be the last free-roaming axolotl.

The searches "on almost all the canals have to be repeated, because now we are in the cold season, with lower temperatures, and that is when we ought to have more success with the axolotls, because it is when they breed," Tovar Garza said.

Sacks of rocks and reedy plants act as filters around a selected area, and cleaner water is pumped in, to create better conditions. The shelters also were intended to help protect the axolotls from non-native carp and tilapia that were introduced to the lake system years ago and compete with axolotls for food.