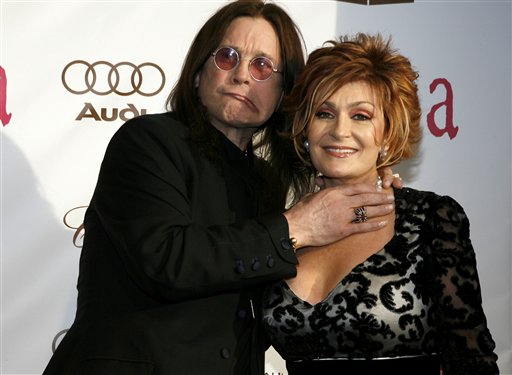 The New York Mets have collapsed at the end of the season for two straight years. Their only hope now is for Cincinnati or Houston to crash, too.

Brian Jordan tripled and scored on Ozzie Guillen's sacrifice fly in the 11th inning as the Atlanta Braves handed the Mets their eighth loss in nine games, 4-3 Thursday night.

"I don't think anyone expected to lose down the stretch like this," John Olerud said. "There is some disbelief in here. We needed to play well this series and we only won one game. Right now, our backs are up against the wall."

New York, which had a four-game NL wild-card lead with 12 games to go, trails Houston and Cincinnati by two games with three games left.

In order to make the postseason for the first time since 1988, the Mets must either sweep Pittsburgh while the Astros or Reds lose at least twice, or win twice and hope Houston or Cincinnati gets swept.

"It's going to be tough," said manager Bobby Valentine, whose team lost the final five games last year to fall one game short of a wild-card playoff. "We are going to need some help and we have to take care of our own business."

The game was played with playoff intensity, with the 48,364 fans out of their seats with each key at-bat as they hoped the Mets could continue their magic from Wednesday night, when they beat Greg Maddux and the Braves 9-2.

The way the game ended, it might be as close as the playoffs get to Shea Stadium.

"This is the next best thing to winning the World Series," said Atlanta's Chipper Jones, the subject of constant ribbing from the fans this series. "I told them to go home and put their Yankees' stuff on."

After New York tied the game at 3 in the eighth on Edgardo Alfonzo's 26th homer, the Braves took the lead in the 11th.

Shawon Dunston overran a high fly to right by Jordan leading off the inning, turning a routine out into a triple.

"I got a good jump and I was going to get it," said Dunston, who usually plays center field. "I had a beat on it. I turned to look at the wall and I saw the ball falling on the other side of me. I knew I was in trouble."

Terry Mulholland (10-8) got four outs as Atlanta won for the ninth time in 10 games and clinched home-field throughout the NL playoffs.

The Braves, who clinched the division Sunday, did not play this game as if they were waiting for the postseason. Manager Bobby Cox brought closer John Rocker into a tie game in the ninth and closed with Mulholland, his scheduled starter for Saturday.

"We treated it just like a playoff series," Jones said. "We're not going to let anybody slip in the back door via the Atlanta Braves. You've got to protect the integrity of baseball."

The frustration of the loss led to a fight in the stands by the third-base dugout in the 11th inning, drawing the Braves out of their dugout and the umpires over to the stands to check out the melee.

Valentine then was ejected by plate umpire Phil Cuzzi for arguing balls and strikes. Valentine was most upset when Cuzzi, one of the newly hired umpires, called out Mike Piazza on a check swing in the ninth without checking with the first-base umpire. The argument spilled into extra innings.

"We just didn't need the added frustration of playing a game like this with these umpires," Valentine said. "The season is over within a week, so we don't have to deal with this anymore. I have to think it's not proper to have guys with no experience umpiring these games."

The umpires wouldn't talk after the game.

The lone bright spot for New York was that Rey Ordonez didn't make an error for his 96th straight game, breaking Cal Ripken's record for shortstops.

Ordonez made a leaping grab of Williams' liner to lead off the game and a diving stop to rob Ozzie Guillen of a single in the second inning. Ordonez has fielded 388 chances during the streak.

Atlanta's Kevin Millwood allowed two runs and five hits in seven innings, improving to 6-0 with a 1.29 ERA in his last 10 starts.

The Braves opened the scoring in the fourth. Ryan Klesko doubled with two outs for the first hit off Masato Yoshii and scored on Andruw Jones' single.

Gerald Williams' 17th homer made it 2-0 in the fifth before the Mets got on the board in their half when Ventura doubled and scored on Roger Cedeno's double-play grounder.

Darryl Hamilton tied it in the seventh on an RBI single. The Braves took a 3-2 lead in the eighth on Chipper Jones' RBI single off John Franco.