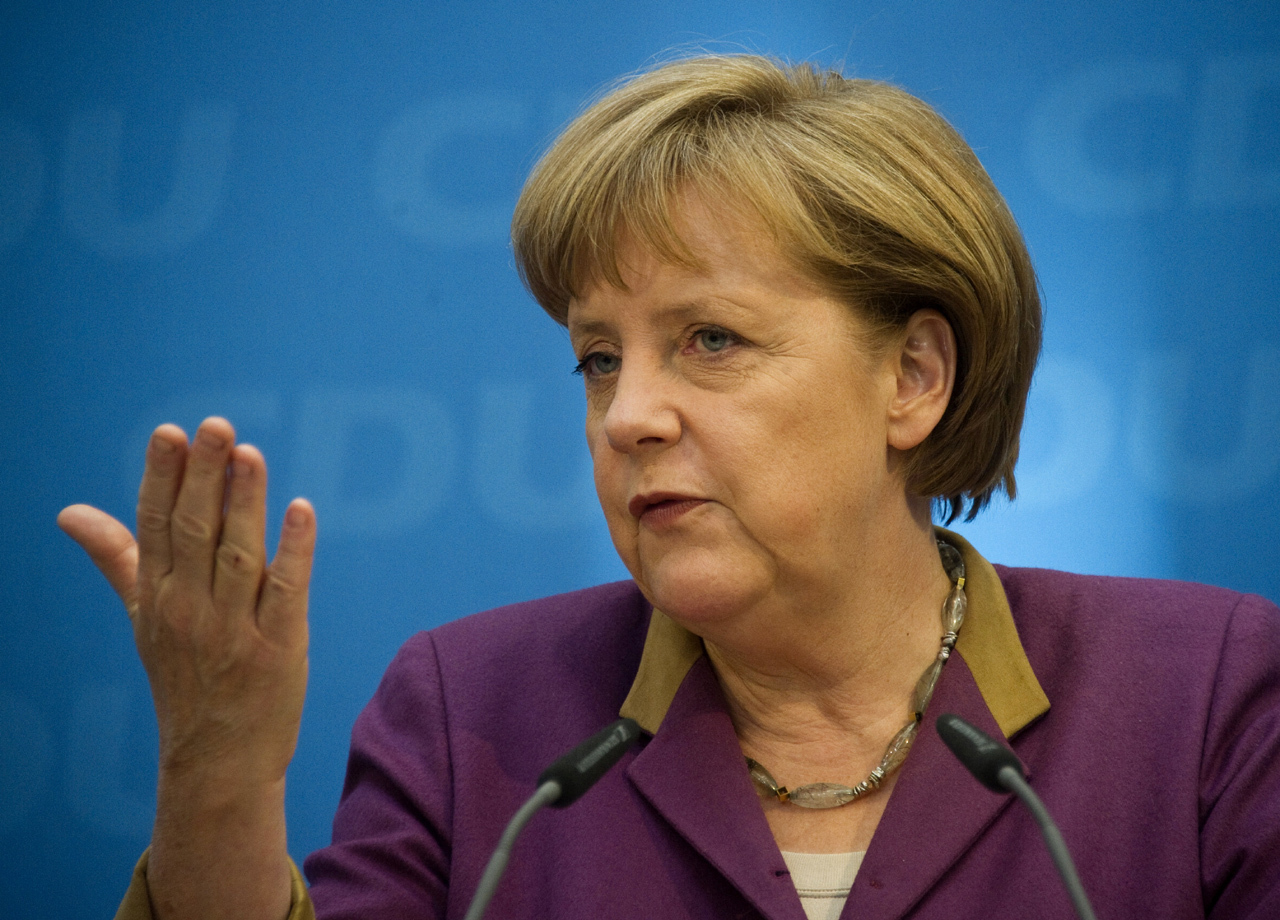 Facing an emboldened opposition at home as a national vote looms next year, Merkel made clear that she was sticking to her emphasis on budget discipline. However, she said "no one on our side has anything against growth."

Merkel conceded that it was "a bitter, painful defeat" but was at pains to downplay it as largely a regional event. Voters, she told reporters, saw that "I was not up for election there."

But while a popular center-left governor and a poor campaign by the conservative challenger played a part, it was the latest in a string of poor state election showings over the past two years for Merkel's infighting-prone center-right national coalition with the pro-market Free Democratic Party.

"Angela Merkel and the CDU and FDP no longer have a prospect of a majority," said Sigmar Gabriel, the leader of the center-left Social Democrats, Germany's biggest opposition party.

All the same, national polls currently show Merkel's conservatives as the biggest party, and her coalition about level with the Social Democrats and their allies, the Greens — with neither side in line for a parliamentary majority. They also show support for Merkel's stance in the debt crisis.

Merkel pointed to those polls, and increasing numbers of undecided voters. "I am very relaxed about the federal election," she said. The elections are expected to take place in September 2013.

Merkel said her work in Europe was "not affected" by Sunday's outcome.

Still, the main German opposition parties, which have voted in favor of Merkel-backed rescue plans so far but want a greater emphasis on growth, will now be tempted to assert themselves on the issue.

Merkel needs their support to get the European budget-discipline pact through the German Parliament, where it requires a two-thirds majority. They haven't yet spelled out their price.

That income could be generated by a tax on financial transactions, he said — a long-standing demand that is divisive for Merkel's coalition.

Merkel said she will speak with the opposition.

"There is no contradiction between solid budget policies and growth, and that will guide us in the discussions over the coming weeks," she said.

Merkel also faces demands to do more for growth from incoming French President Francois Hollande, who visits Berlin on Tuesday. He talked before ousting Merkel ally Nicolas Sarkozy of renegotiating the fiscal compact, though it's unclear whether he will push for a full renegotiation or settle for separate talks on growth.

"No one on our side has anything against growth, but the question is what that means for budget policy," Merkel said. "I would like to recall again that the Greek crisis was not caused by too much saving."

As for her domestic political troubles, Merkel signaled that her coalition needs to overcome squabbles over issues ranging from benefits for stay-at-home parents to data protection.

"The task now is to deliver sensible government work, and resolve and agree on issues that are on the agenda," she said.