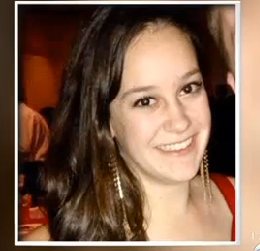 A rare strain of meningitis responsible for a disease outbreak at Princeton University in New Jersey has killed a student at Drexel University in Philadelphia, according to health officials.

"This information suggests that the outbreak strain may still be present in the Princeton University community and we need to be vigilant for additional cases," the Centers for Disease Control and Prevention warned in a press release.

The tragic death occurred March 10. The Drexel student, identified as sophomore Stephanie Ross, had been in close contact with students from Princeton who visited Drexel a week before she became ill, CBS Philly reported.

Ross was found unresponsive by housemates at a sorority house on campus, Drexel University said.

DNA "fingerprinting" tests confirmed the strains were the exact same.

Princeton's outbreak involved serogroup B meningococcal disease, confirmed in seven students and one campus visitor between last March and November. The B-type of meningitis is more common in Europe and rare in the United States, prompting the CDC and U.S. Food and Drug Administration to import the two-dose vaccine, Bexsero, to Princeton for mass vaccinations on campus, which kicked off December 9, 2013.

A high percentage of students received the vaccine, according to the CDC, but even vaccinated students may still be able carry the strain of the disease in their throats without showing symptoms, potentially placing others at risk.

About 10 percent of people are "carriers" of the bacteria in the back of their nose and throat with no signs of the disease.

Meningococcal diseases are caused by bacteria that are spread through kissing, coughing or lengthy contact with an infected person. Some people who contract the bacteria will develop an infection of the lining of the brain and spinal cord, which is meningitis.

Symptoms can come on suddenly, and include fever, headache, stiff neck, nausea, vomiting, confusion and increased sensitivity to light.

If the infection spreads to the blood, people may experience organ and blood vessel damage that requires amputations or may result in death within 24 hours.

To date, no other illnesses have been reported in Drexel students. Antibiotics have been administrated preventively to people who had been in contact with the student who died.

Health officials said the disease, while transmittable between others, is not highly contagious, so at this time they are not recommending limiting social interactions or travel to the university.

"Students at both Universities should be especially vigilant to the signs and symptoms of meningococcal disease and seek urgent treatment if suspected," the CDC said.

Princeton said in a statement to CBS Philly, "We're urging all members of the Princeton University community to continue to help prevent the spread of disease by increasing hygienic practices, and not sharing drinking glasses, eating utensils, smoking materials and other items."

Should I be worried about monkeypox? A doctor answers questions on outbreak
Ryan Jaslow