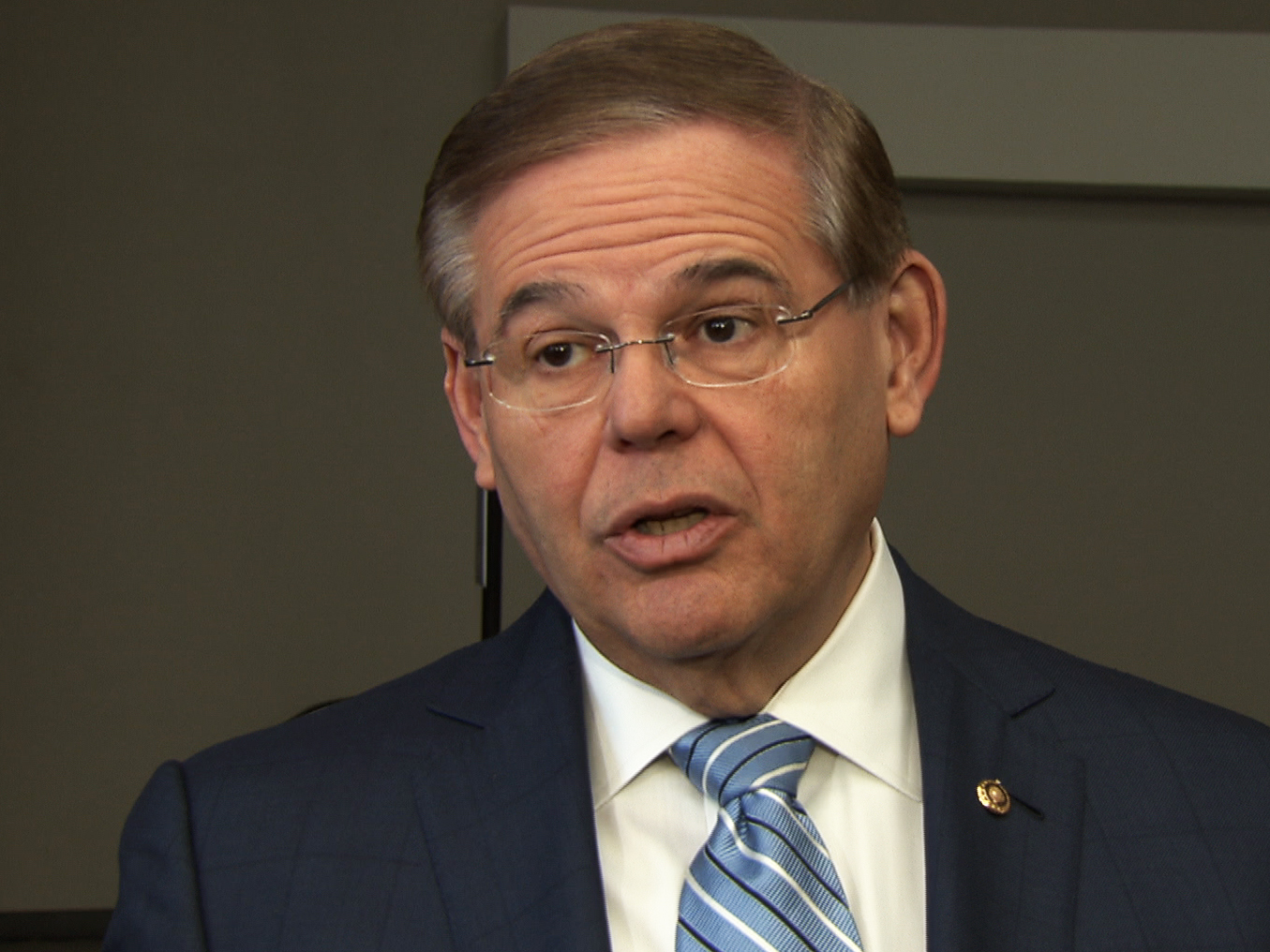 A report claiming the allegations that Sen. Robert Menendez engaged with prostitutes in the Dominican Republic last year were made up, the New Jersey Democrat told reporters today, corroborate what he's been saying all along.

"I don't know more than what I've read," Menendez said, following a speech to the American Israel Public Affairs Committee (AIPAC) in Washington D.C. "But I do know that from the very beginning, I said that nameless, faceless, anonymous sources from right-wing blogs took this story, which were just false smears, right before an election cycle - attempted to do it then - and ultimately drove it into the mainstream press."

Days before his reelection last November, the conservative news site The Daily Caller published videos of two escorts whose faces were blurred, along with an article, alleging that Menendez had flown to the Dominican Republic and paid for their services at a resort where Dr. Salomon Melgen, an eye doctor who has made significant contributions to Menendez, had a home. On Monday, one of the two women from the videos said she was paid to make up the claims and had never seen or met Menendez, according to the Washington Post.

Affidavits obtained by the Post said the female escort identified a lawyer who she said approached her and a colleague and offered them money to read from a script, but did not tell them it would be videotaped. That man then identified another lawyer who he says gave him the script and paid him to find women who would be willing to fabricate the claims.

The Daily Caller is challenging the Post story, arguing the woman who has reportedly come forward as making up the allegations "was not one of the two prostitutes TheDC interviewed for a Nov. 1 report." Menendez pleaded with news outlets to get to the bottom of it.

"I hope that you will all vigorously go after who was the source and purpose as you did go after the story at the time," Menendez told the journalists. "We'll continue to look at it as it develops, but it is just a part of what I said all along was the case."

What's behind the push for a fourth stimulus check
Lindsey Boerma