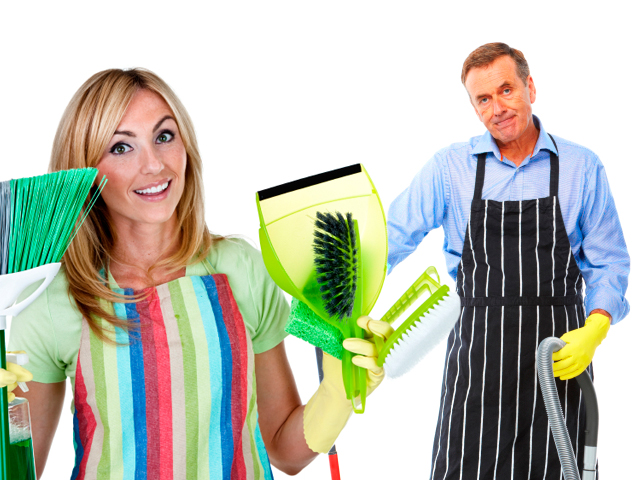 This news may not mean very much to aggrieved spouses urging their husbands to get off the couch and lend a hand with the housework now but help is on the way: A new study suggests that men and women could be doing an equal share of the housework by 2050.

At least current indicators are pointing that way, according to a survey of 20-59-year-olds in 16 countries. The results, published in the latest issue of the journal Sociology, indicate that the world is in the midst of what the authors describe as the mid-way point of a 70 to 80-year trend towards greater equality in housework and caring.

For instance, in the United States and United Kingdom, the amount of time that women spend on caring and chores in the home fell from around 360 minutes a day in the 1960s for both countries to 272 and 280 minutes, respectively, in the early 2000s. Regional differences in the decline in the amount of domestic work done by women were also apparent. The biggest drops were found in Nordic regions, where nations such as Denmark, Norway and Sweden extend more services for families who tend to children and elderly parents.

As one might assume, however, there still remain "substantial" obstacles - not the least being the persistence of long-held views about what traditionally has been considered to be "men's" or "women's work," according to the study.

"We've looked at what is hampering equality in the home, and we have found that certain tasks seem to be allocated according to whether they are viewed as "men's" or "women's work," according to Oxford University sociologist Oriel Sullivan.

So it is that while the gender gap is indeed closing, women continue to spend substantially more time doing routine housework compared to the "non-routine domestic jobs" taken up by their husbands.

At the same time, Sullivan noted the amount of time both men and women spent on child care "has been increasing quite dramatically, contrary to many media panics about the effect that women moving into employment in large numbers would have on child development and> the time children get to spend with their parents."