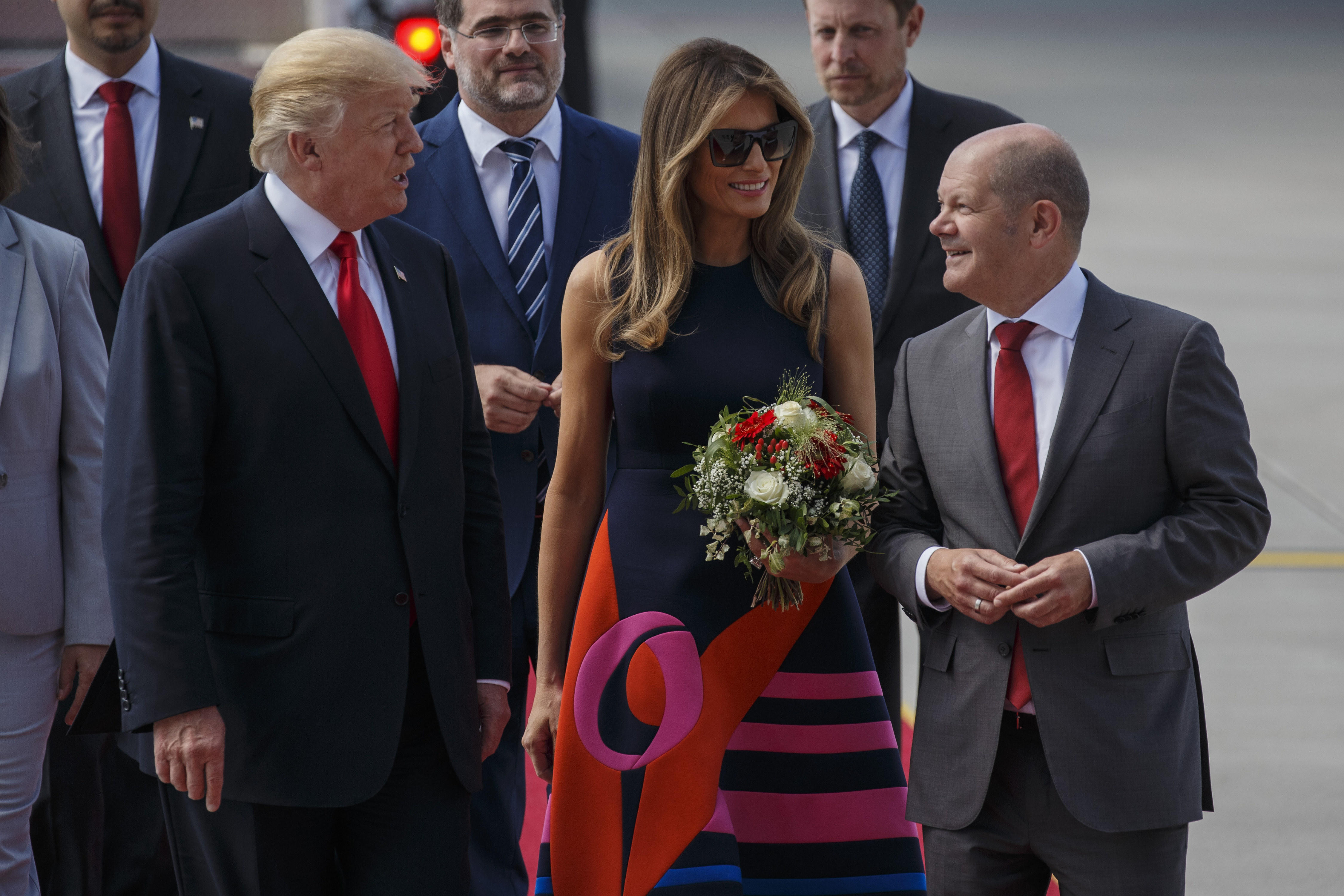 First Lady Melania Trump has been unable to leave the guesthouse where the Trumps are reportedly staying in Hamburg because of the massive anti-globalization protests on the streets during the G-20 summit, her spokeswoman, Stephanie Grisham confirmed Friday.

Grisham says that Hamburg police haven't cleared them to leave. "It's unfortunate," she told the network pool reporters.

Mrs. Trump tweeted that she was thinking of those who were hurt during protests that began Thursday, and she said she hopes everyone stays safe.

Anti-globalization activists have set dozens of cars ablaze and tried to block leaders' delegations from entering the grounds of the Group of 20 summit. Police have said at least 111 officers were hurt during Thursday's clashes.

Spouses typically get together while leaders are in meetings during international summits like these. Friday's program for the spouses included a boat ride, lunch and a tour of a climate control center, the Climate Service Center. It's a think tank tasked by the German government with coming up with strategies to combat climate change.