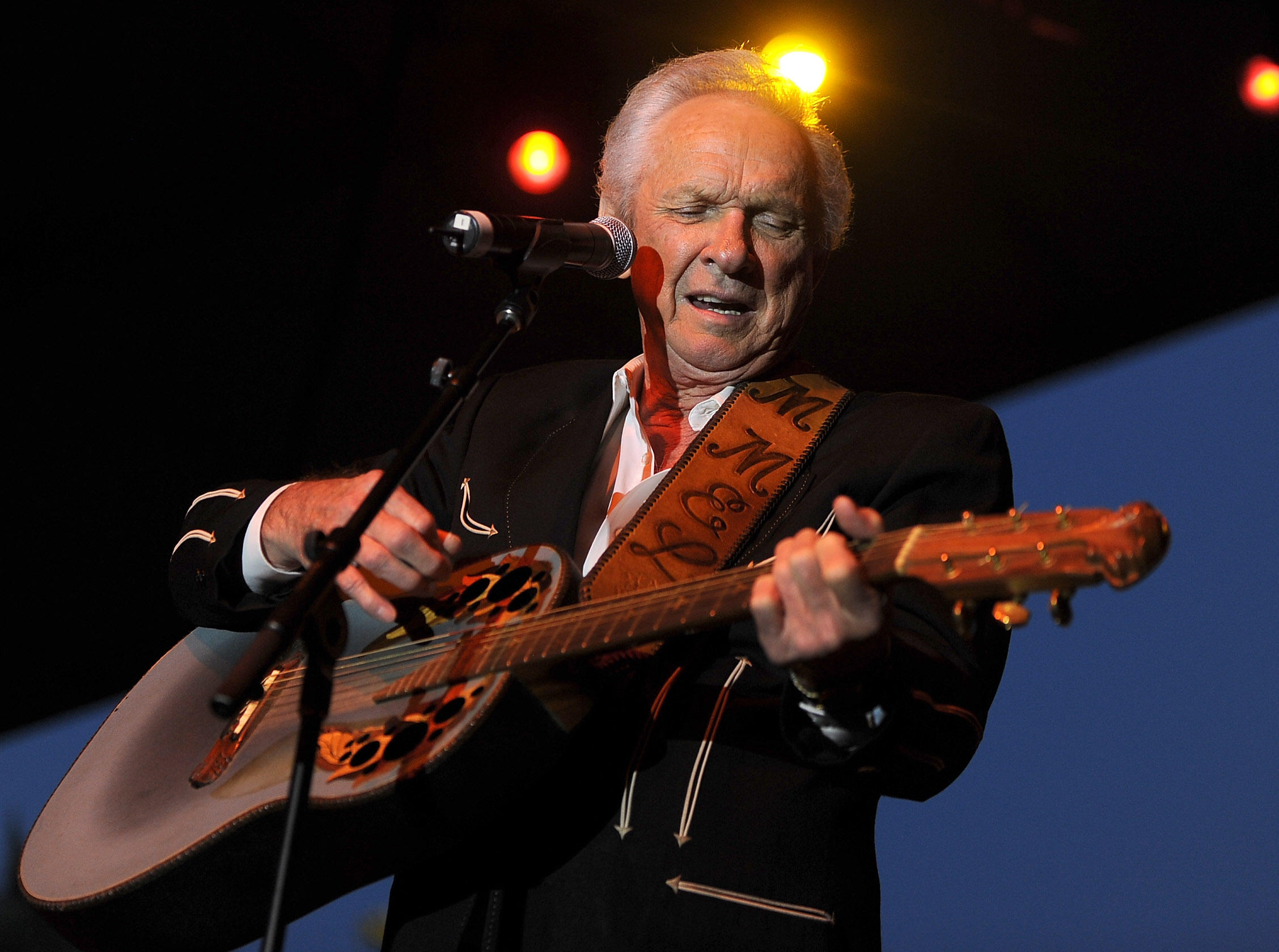 "Tillis battled intestinal issues since early 2016 and never fully recovered," the public relations firm said. "The suspected cause of death is respiratory failure."

Tillis -- born in Tampa on August 8, 1932 -- recorded over 60 albums during his career and wrote more than 1,000 songs. He wrote hits for Kenny Rogers, Ricky Skaggs and many others, and overcame a stutter to sing on dozens of his own singles.

Tillis, the father of country singer Pam Tillis, had more than 30 top 10 country singles, including "Good Woman Blues," ''Coca Cola Cowboy" and "Southern Rain." Among the hits he wrote for others were "Detroit City" for Bobby Bare; "Ruby, Don't Take Your Love to Town," by Rogers and the First Edition; and "Thoughts of a Fool" for George Strait.

"He once spent an entire day at his place in Tennessee showing me all the memorabilia he'd gathered over the years where he gave me a pair of his stage boots," Shelton's account said. "He even took time to talk me through some hard times in my life on a couple phone calls."

Although his early efforts to get a record deal were rebuffed because of his stutter, he was a promising songwriter in Nashville in the 1950s and 1960s, writing tunes for Webb Pierce and Ray Price.

In all, the Country Music Hall of Fame member wrote more than 1,000 songs and in 2012 received a National Medal of Arts for bringing "his unique blend of warmth and humor to the great tradition of country music."

He also dabbled in acting, appearing in such feature films as Clint Eastwood's "Every Which Way But Loose," and the Burt Reynolds movies "Cannonball Run I and II" and "Smokey and the Bandit II." He starred in several television movies and briefly had a network TV show, "Mel and Susan Together," with Susan Anton.

"You know what? Another part of the dream has been fulfilled," he said at the time. "It's been a long, hard road."

Tillis was raised in Pahokee, Florida, and developed his stutter as a child while being treated for malaria. He dropped out of the University of Florida and instead served in the Air Force and worked on the railroad before relocating to Nashville in 1957.

Musical from an early age, he started performing in the early 1950s with a group called The Westerners, while stationed in Okinawa and serving as a baker in the Air Force.

He held a variety of odd jobs before breaking out, including being a truck driver, a strawberry picker, a firefighter on the railroad and milkman, which inspired his breakthrough song. Feeling down one day he began singing to himself, "Oh Lord, I'm tired. Tired of living this ol' way." He turned his lament into "I'm Tired," which became a hit for Webb Pierce.

Price, Skaggs, Brenda Lee and hundreds of others would cover his songs.

Tillis, meanwhile, became a major success on his own in the late 1960s and toured for decades, often using his stutter as a source of humor -- though his stutter disappeared when he sang.

"One of the reasons I worked it into my show is that it's my trademark," he once told The Associated Press.

He said that when he was in the Air Force as a flight leader, he marched airmen right into a wall.

Grubbs says the Tillis family will release information about funeral services in Florida and Nashville.