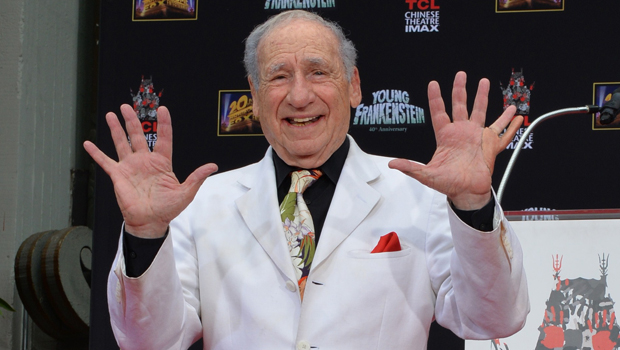 No, you don't need to adjust your eyes or your computer screens -- Mel Brooks had 11 fingers when he put his hands and feet in cement at Hollywood's TCL Chinese Theatre on Monday.

The comedian brought a prosthetic finger along for the ceremony, held to mark the 40th anniversary of his film "Young Frankenstein."

Brooks shared a photo of his handiwork on Twitter, coyly referencing the joke:

Later, the 88-year-old director explained the gag during an appearance on "Conan."

"I wanted to do something just a little different, I didn't know what," he told Conan O'Brien. "So I got another finger."