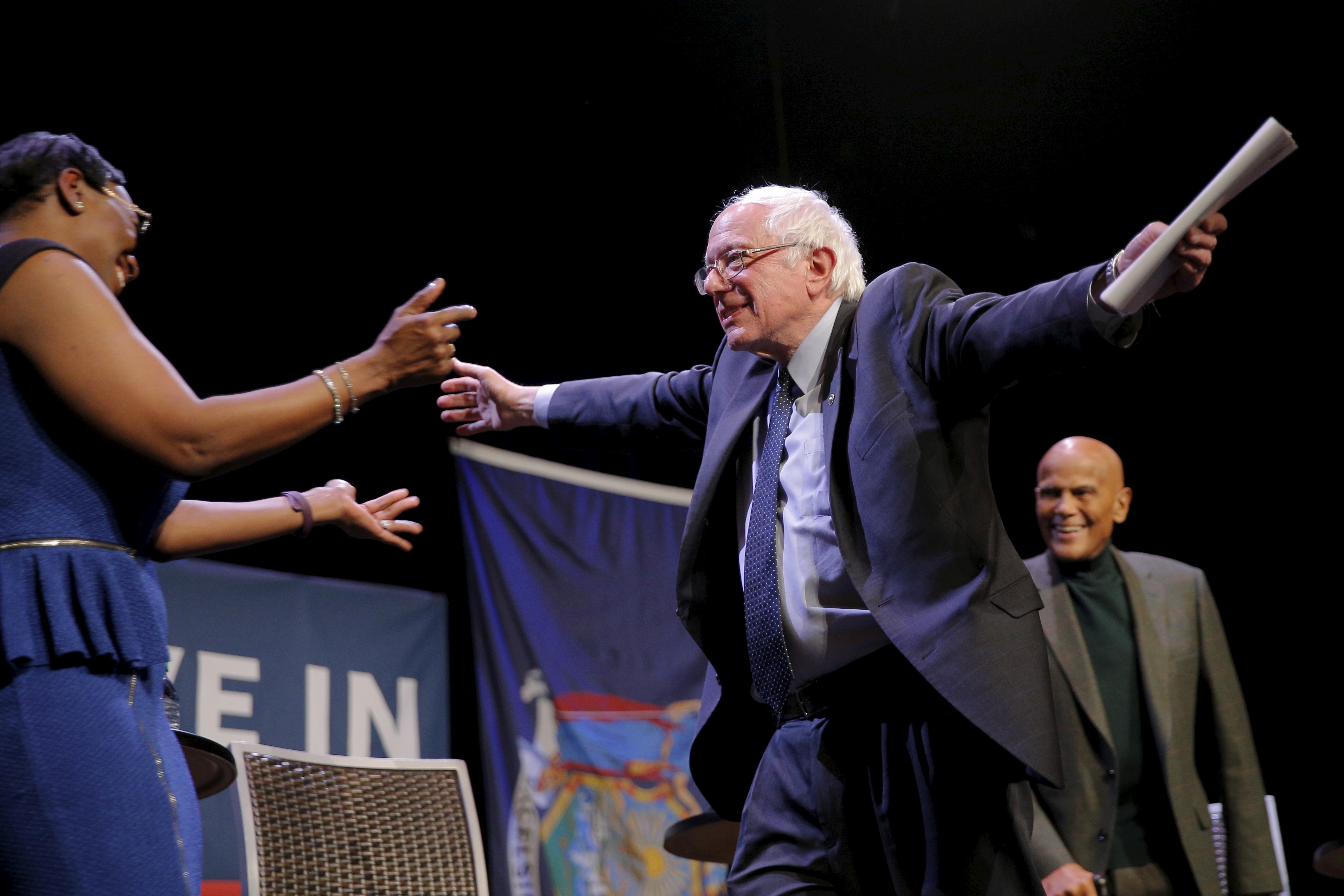 Hillary Clinton is already closer than anyone in history to being the nation's first woman president. But that doesn't mean all female Democratic officeholders are on her side.

Two of Bernie Sanders' biggest surrogates on the campaign trail are Hawaii Rep. Tulsi Gabbard, who is campaigning for him in Pennsylvania on Friday, and former Ohio State Sen. Nina Turner. And they say going against the Clinton grain has not been easy.

Turner distinctly remembers what happened a few days after she publicly endorsed Sanders. She was set to be the keynote speaker at Planned Parenthood event. The organization, which has now endorsed Hillary Clinton, was still unaffiliated with either campaign. Yet when she arrived folks who organized the fundraiser told her that they were working to "ease tensions" in order to make sure she was treated with respect.

Turner was confused by what they meant. She soon found out.

"After all we have done for you," one white Ohio woman said to Turner, an African American, after the event. The woman, Turner recalled, had a deadly look in her eyes, irate that Turner had not endorsed Clinton.

Earlier that day, Turner had explained that Sanders was her pick for president because she was attracted to his message, style and strong beliefs. She did not mention his gender.

"The irony [is] that women who want choice over their bodies don't think that I should have a choice in the candidate I support," Turner says. "I proceeded to let her know that I didn't care about her disappointment."

And the pushback she got that day, Turner says, was not an isolated incident: "Those who believed I should have stayed with the status quo were quite nasty."

Ohio democratic donors, who helped Turner propel forward her past campaigns, have called her up to say that she is making a mistake. She is worried that they will not back her if she decides to run for statewide office in the future.

"For someone to say to me you are not doing yourself a favor, it is a threat," Turner says, noting that the Clintons have a reputation for revenge.

Not every Democratic female Sanders backer, in office or previously in office, is worried about fundraising -- but they all have their own stories of pushback from fellow women.

Rep. Tulsi Gabbard, one of two female members of Congress to endorse Sanders, has also faced criticism. She had been in Washington for less than three years, as a Congresswoman for Hawaii and a Vice Chair of the Democratic National Committee, when she says she felt a need to get off the sidelines.

"From that position, I was getting increasingly frustrated," Gabbard says, reflecting on her position as vice chair of the DNC, which she says tried to prevent her from making an endorsement. So she resigned.

"People said, 'watch out, there will be consequences,'" Gabbard says, adding that she has no regrets about the endorsement.

Tara Mosely-Samples, a Sanders supporter and Councilwoman from Akron, Ohio, recalls that after endorsing Sanders the establishment shunned her by not inviting her to the Ohio black legislative caucus in Columbus. Other democrats from Ohio told her she was "meant to be supporting the woman."

"I said, 'would you support Sarah Palin?' I am not going to support somebody just because they are a woman," Samples recalls.

Gabbard and Turner, both defecting from the Democratic establishment, have different reasons for backing Sanders. Gabbard, an Army veteran, says Sanders stands out because he understands the cost of war as opposed to the more-hawkish Clinton.

"This is not about politics," Gabbard explains, who presses the fact that many of her friends and colleagues have supported her decision. "This is a about the reality of war."

Gabbard made that pitch in an ad for Sanders before the Hawaii primary where ended up beating Clinton 69-30 percent.

"I felt a sense of duty and I could not in good conscious stay back here in beautiful Hawaii and watch my brothers and sisters in uniform go off into combat," Gabbard says as she tears up in the ad. "These are people, friends who we never forget and who we strive to honor every day that we are blessed to live and breathe. Bernie Sanders voted against the Iraq War."

Turner, meanwhile, said it is Sanders' "righteous indignation" that attracted her to his campaign. Before endorsing the Vermont senator, Turner says she spent time going back and studying his history. She listened to his speeches from the '70s and '80s where he focused in on the same issues that he is talking about on the campaign trail today: income and wealth inequality.

"He didn't have to stand up for civil rights," Turner says of the days that he advocated for gays and lesbians, and African Americans. "But he did."

Many Democratic female officeholders have rallied behind Clinton. Rep. Claire McCaskill got out in front as a Clinton supporter in 2013 -- before Clinton even entered the race, saying it is important to "start early." Sen. Kirsten Gillibrand later hopped on board as well.

"I am so excited to support Hillary, not simply because she is a woman with the qualities, values, and experience we need to lead our nation, but because I know she will fight for all of us," Gillibrand said.

The only Clinton female holdout in the Senate is Elizabeth Warren. She has not endorsed Sanders or Clinton but has said that she is "still cheering Bernie on."

Madeline Albright, the first female secretary of state, has said that having a female president would be the real revolution -- and had to walk back some comments she made while campaigning for Clinton in New Hampshire in January.

"We can tell our story of how we climbed the ladder, and a lot of you younger women think it's done," Ms. Albright said of the broader fight for women's equality. "It's not done. There's a special place in hell for women who don't help each other!"

That criticism does not rest well with the Sanders supporters.

"It was so insulting to Democratic women," says former Wisconsin Lt. Gov. Barbara Lawton, who stumped for Sanders in the lead-up to the WI primary after co-chairing Clinton's Wisconsin campaign in 2008. "We don't need to push young women away. What we need to do is embrace these young women who are coming at it in their own way in their own time."

Lawton, the president and CEO of Americans for Campaign Reform, says she got out of politics because of influence money was having on the process. She had planned to stay publicly neutral in the primary, but says Gabbard's endorsement gave her the courage to step up for Sanders.

"Not that I had anything to lose like she did," Lawton says, explaining that Gabbard's relationship with the Democratic establishment was scarred by backing Sanders.

"Unless the Democratic Party establishment has has the wisdom to embrace the people and agenda of Bernie Sanders, it will be difficult to move back into a position where they would hold [Gabbard] aloft."