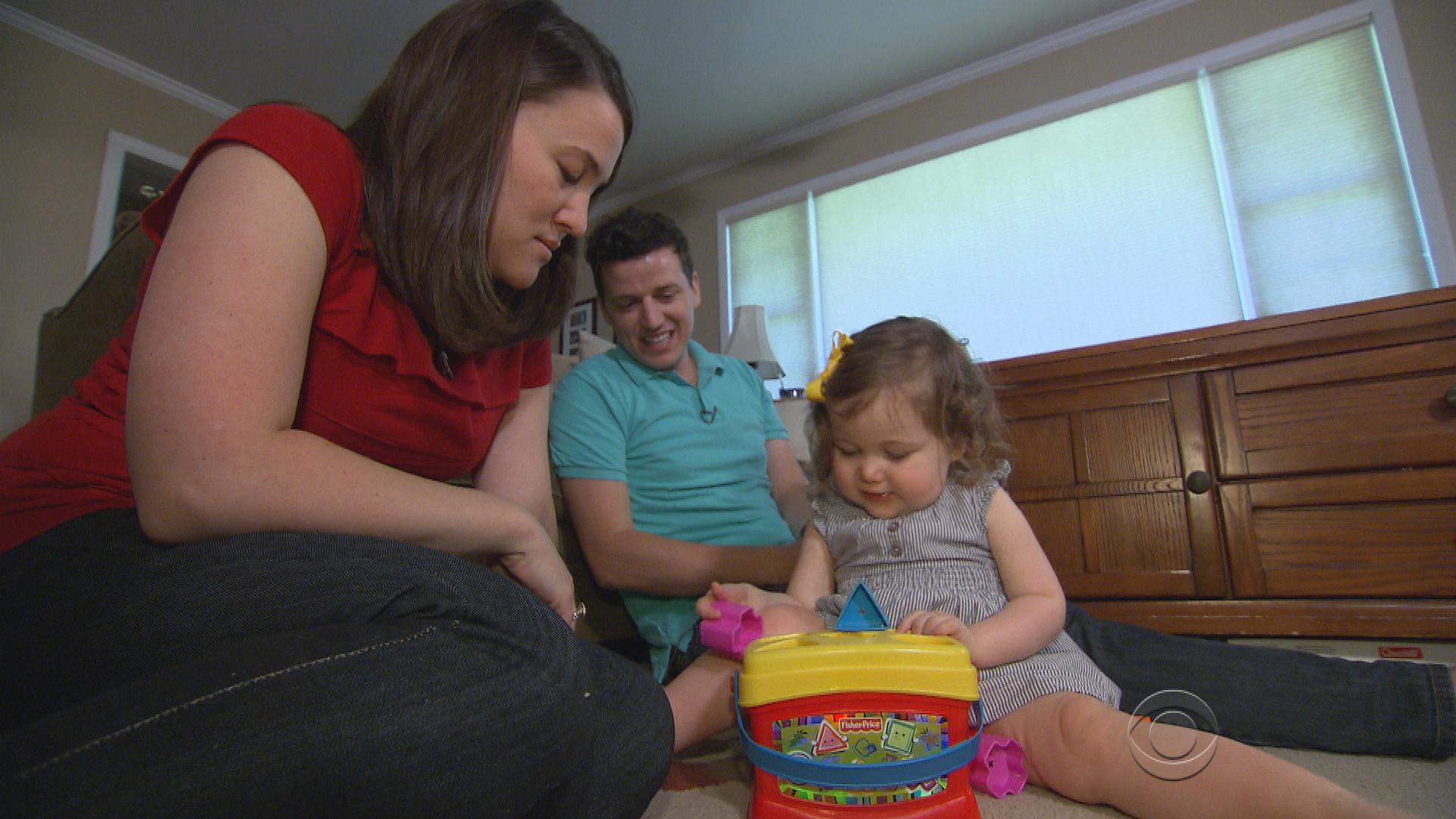 Two year-old Cara Greene was a healthy toddler until last November, when her parents, Kristen and Clayton, noticed something wasn't right.

"Her eye movements were just completely erratic and that was really scary," Kristen said. "You would look at her and her eyes would just move all over."

Within weeks, Cara lost muscle control and became unsteady on her feet. Her arms grew limp and even keeping her head up was a struggle.

Nine doctors tested Cara for a range of terrifying possibilities, including a brain tumor. Her parents feared they could lose her.

"Yeah, I mean there were... it almost seemed inevitable," Clayton said.

Cara was just days from starting chemotherapy for a presumed autoimmune disorder when she saw Dr. Vandana Shashi, a geneticist at Duke University Medical Center.

"It was a mystery," Shashi said, adding that she suspected a genetic problem.

In just three weeks, they pinpointed a genetic mutation so rare only about 100 cases have been diagnosed.

"That morning, before we gave them results, my heart was racing," Shashi said. "I was so excited, I wanted to rush into that room and tell them, 'We have a treatment for your daughter.'"

Cara has Brown Vialetto Van Laere Syndrome, or BVVL. As complicated as it sounds, the treatment is simple. Her parents said they were in shock.

"So, you're telling us if we give her a vitamin that she's gonna stop getting worse and she might get better?" Clayton asked Dr. Shashi.

Massive doses of the Vitamin B2 that she lacked led to dramatic improvements. Now, Cara can feed herself and lift her arms.

A medical mystery solved by cracking her own genetic code.

Irene Cara, Oscar-winning singer and actress, dies at 63
Thanks for reading CBS NEWS.
Create your free account or log in
for more features.
View CBS News In
CBS News App Open
Chrome Safari Continue
Be the first to know
Get browser notifications for breaking news, live events, and exclusive reporting.