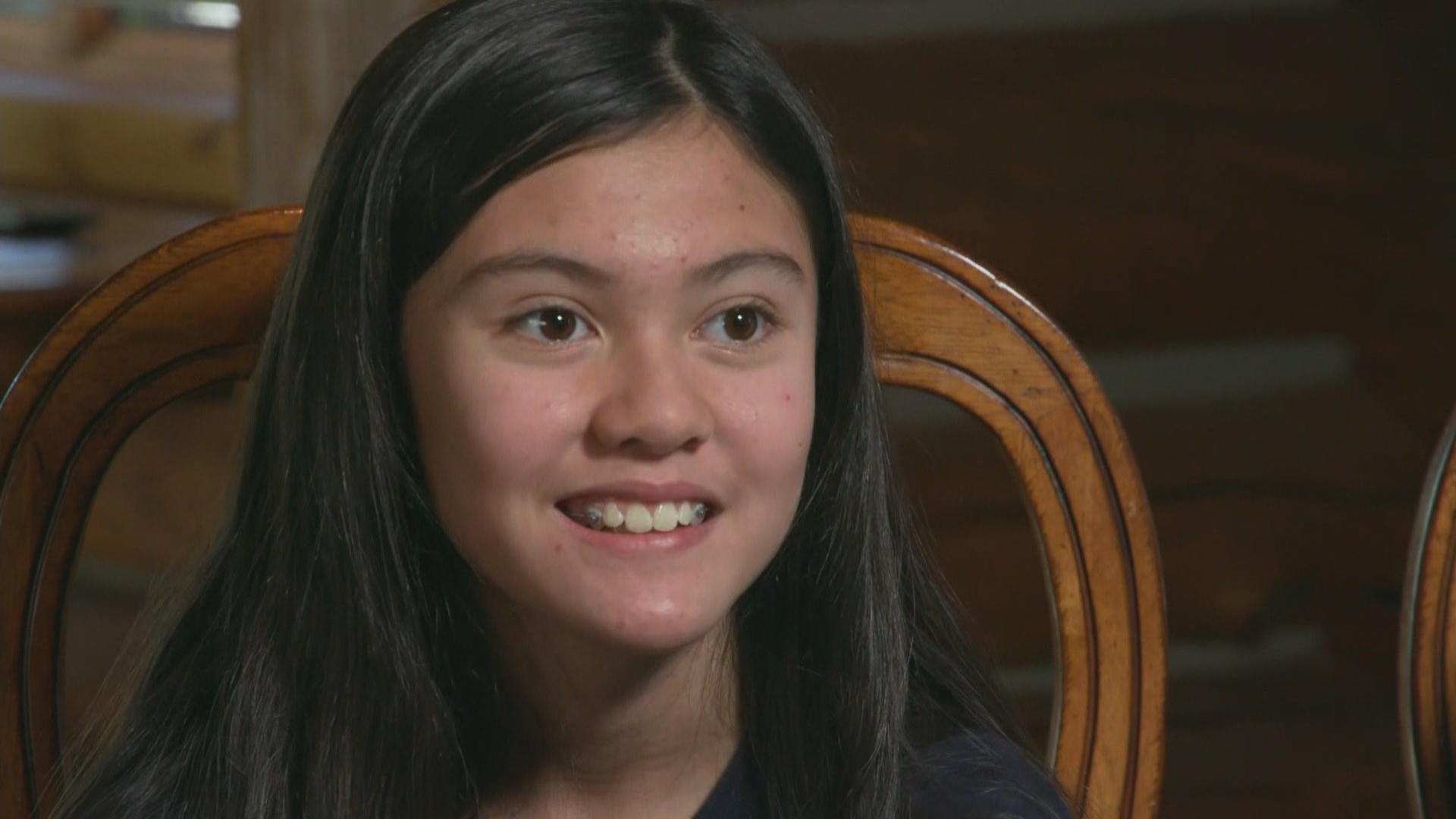 DENVER -- A 12-year-old girl is spearheading a campaign to legalize medical marijuana across the whole country. Alexis Bortell said she and her family had no choice but to move from their Texas home to Colorado to treat her severe epilepsy. Now, her family and a handful of others are suing Attorney General Jeff Sessions and the Drug Enforcement Administration (DEA).

They are demanding "cannabis for the treatment of their illnesses, diseases and medical conditions."

"Ever since I've been on this cannabis, I've actually been seizure-free for – today it's 974 days, so we're coming up on 1,000. So I think that's pretty good," Alexis told CBS News correspondent Barry Petersen.

Pretty good indeed because Alexis had seizures every few days, as seen in videos taken at the direction of her doctors.

Her parents said epilepsy medications didn't work, and there was even talk of brain surgery.

"What do you call epilepsy?" Petersen asked.

"Well, I call it my seizure monster," Alexis said.

But this seems to tame the seizure monster: an oil made from marijuana taken twice a day.

Her family lived in Texas where they couldn't get the oil they needed, but they could in Colorado, where both medical and recreational pot are allowed.

For her father, Dean Bortell, the decision to move here three years ago was an easy one.

"I would die for her. Right? So the least I could do is uproot my life and give her a chance at the exact same freedoms and future I had," Dean said.

"You'd do it again?" Petersen asked.

Alexis hopes the lawsuit will make medical marijuana legal across the country.

"Do you think it's unfair that this medicine is not available to everybody in the United States?" Petersen asked her.

"I think it's really unfair, 'cause I feel like they're basically punishing us because we're sick," Alexis said.

But some medical experts are not sure. Jacqueline French is the chief scientific officer for the Epilepsy Foundation.

"We really need more research to find out what's helping, what's hurting, what people should opt for this over some other options that they may have," French said.

Alexis has turned her epilepsy into her cause, making soap and donating the proceeds to charity. She's even writing a book, but all she really wants is to just be a kid.

"Does it make you also feel more normal in your regular life?" Petersen asked.

"Yes," Alexis responded. "Because I can, let's say, have a sleepover at a friend's house without having a seizure."

"Why did you think people would listen to a 12-year-old?" Petersen asked.

"Well, I feel like it wouldn't really matter, because it's the right thing to do. And I don't think I need to be over 18 to do the right thing," Alexis said.

The DEA and the Justice Department declined our offer to comment. As for Alexis, she takes her normal life one day at a time, hoping the pot means the seizure monster never comes back.

For more information on the Epilepsy Foundation's position on medical marijuana, visit their website.