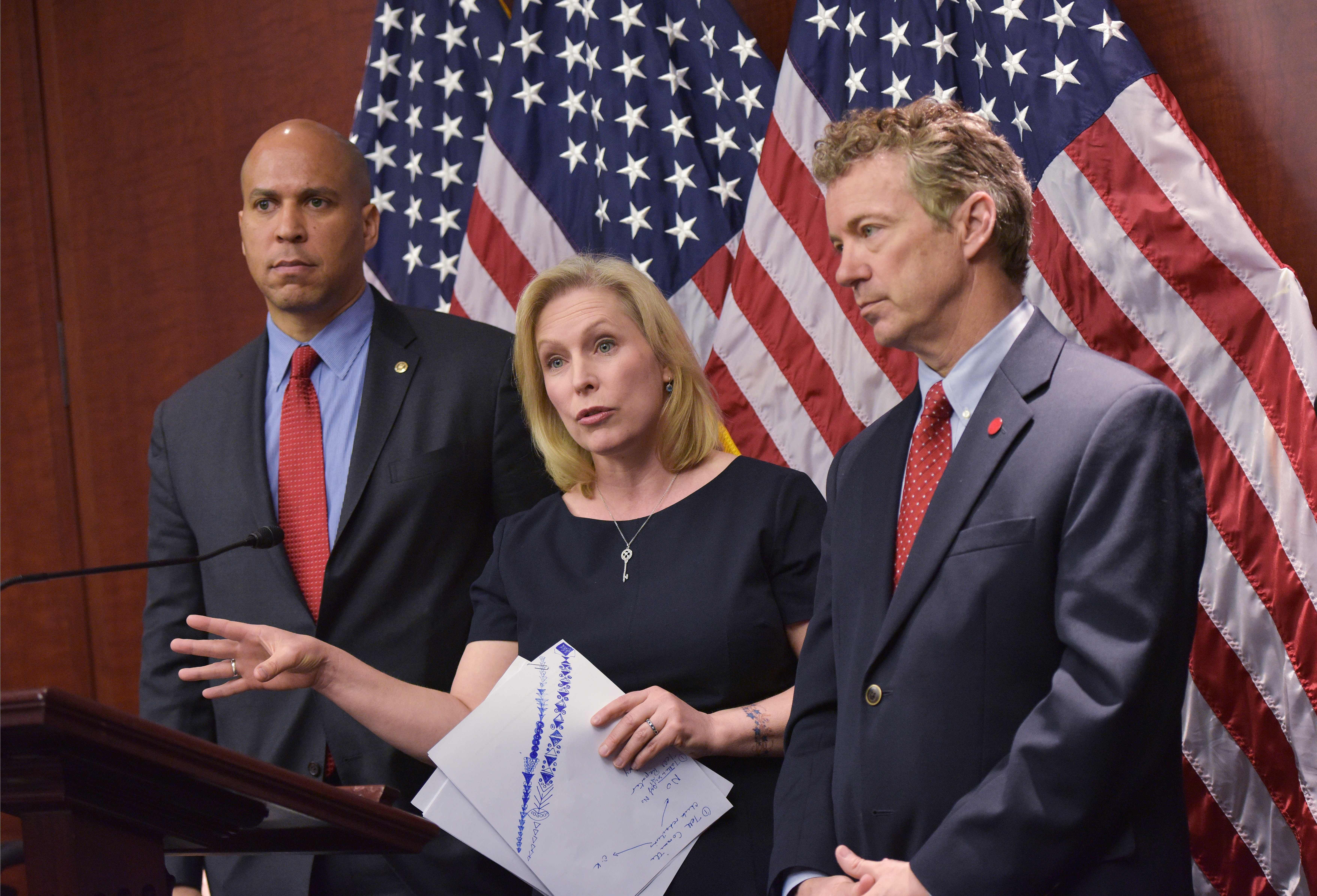 Declaring the federal prohibition against medical marijuana out of step with science, a trio of bipartisan senators on Tuesday introduced a bill to make the drug more accessible nationwide for medical purposes.

Booker, along with Sen. Kirsten Gillibrand, D-New York, and Rand Paul, R-Kentucky, unveiled the Compassionate Access, Research Expansion and Respect States (CARERS) Act, which would eliminate the federal ban on the production, distribution or possession of medical marijuana in states where it's legal.

In spite of the current federal ban, 23 states and the District of Columbia have adopted laws approving of medical marijuana use (four states and D.C. have also approved laws legalizing its recreational use).

The bill would also classify marijuana as a "Schedule 2" drug under the Controlled Substances Act. Currently, marijuana is classified as a Schedule 1 drug -- a category for substances with a high potential for abuse and with no accepted medical use.

"This is clearly a case of ideology getting in the way of scientific progress," Gillibrand said, stressing that evidence has shown that cannabis can treat a variety of illnesses such as Multiple Sclerosis and seizures.

The bill would also enable more research into medical marijuana by requiring the Drug Enforcement Administration to issue research permits to groups other than the National Institute on Drug Abuse (NIDA). Currently, that organization has a monopoly on research-grade marijuana that can be used in FDA-approved research.

It would also allow doctors employed by the Department of Veterans Affairs to recommend medical marijuana to veterans in states where it's legal. The bill also lets financial institutions provide banking services to medical marijuana businesses.

Paul, a potential 2016 Republican presidential contender, said that "society is changing" in terms of how it views medical marijuana.

"The fact that two young Democrats with likely long political futures have teamed up with a probable 2016 Republican presidential candidate shows how medical marijuana is a nonpartisan, noncontroversial issue that draws support from across the spectrum," said Tom Angell, chairman of Marijuana Majority. "With polls showing an overwhelming majority of American voters backing marijuana reform, you'd think taking up this proposal would be a no-brainer for legislative leaders who want to show that Congress can still get things done."