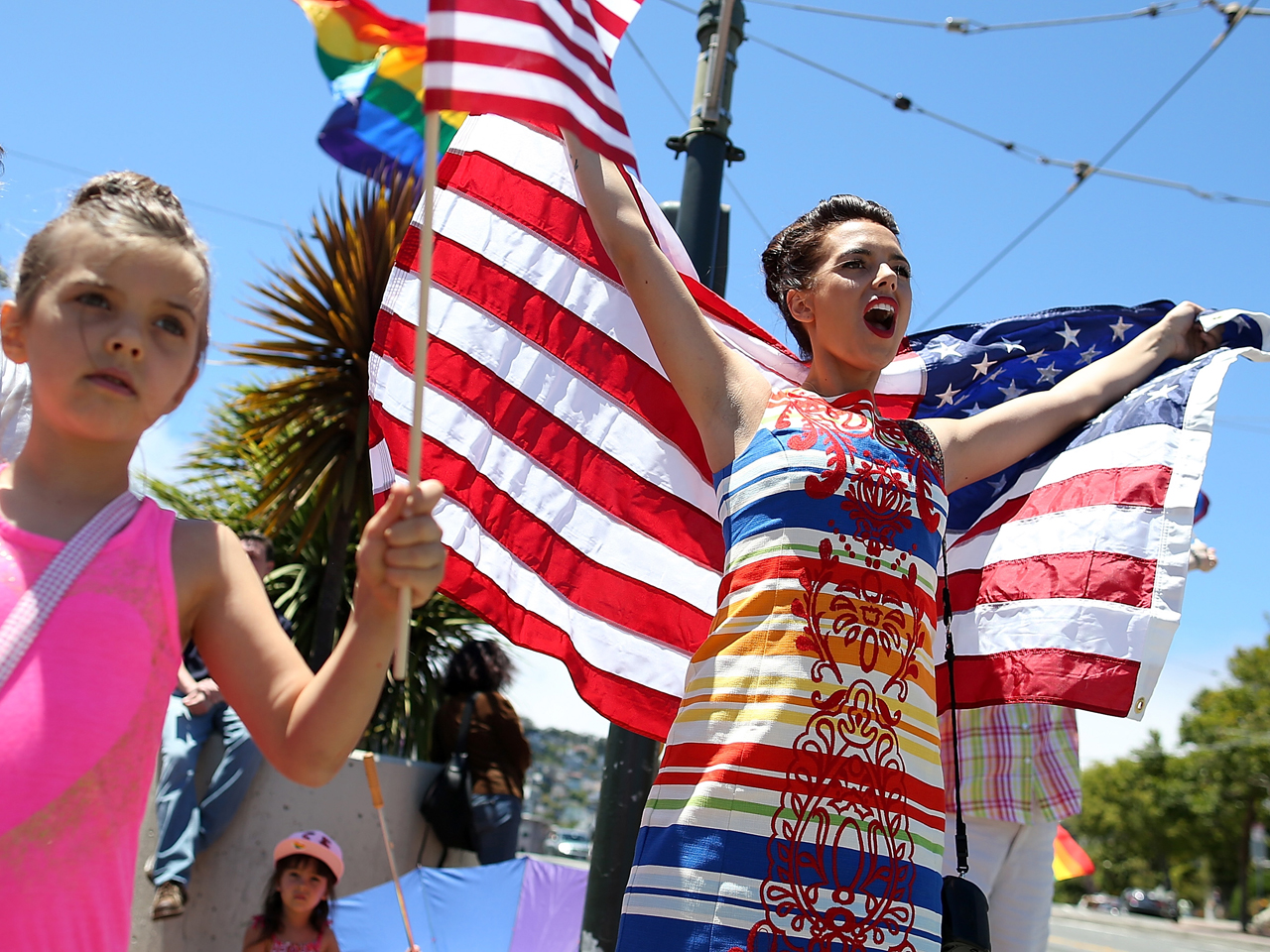 Three of the leading U.S. medical associations -- the American Medical Association (AMA), American Academy of Pediatrics (AAP) and the American Psychiatric Association (APA) -- applauded the Supreme Court's decisions to overturn a key provision of the Defense of Marriage Act (DOMA) and dismiss a case over California's same-sex marriage ban, Proposition 8.

"The U.S. Supreme Court's rulings today, overturning the Defense of Marriage Act and leaving in place a California federal court ruling striking down a ban on same-sex marriage, will help eliminate health disparities in same-sex households by ensuring all households are afforded the same health care rights," Dr. Ardis D. Hoven, the president of the AMA, said in a statement to CBSNews.com.

"Same-sex households will now be eligible to share the benefits of employer-based health insurance and the authority to make medical decisions on behalf of a spouse. This is a welcome step for improving health care access and delivery," Hoven added.

The U.S. Supreme Court made the 5-4 decision to overturn DOMA after they found a provision that denied federal benefits, including Social Security benefits and health insurance, to same-sex couples was unconstitutional.

The case was first brought about by Edie Windsor, an 83-year-old lesbian who sued the U.S. government. Windsor had married her late partner, Thea Spyer, after four decades of being together in 2007. When Spyer died in 2009 and left Windsor her estate, the IRS said Windsor owed $363,053 in taxes because they did not recognize her marriage. She sued for discriminatory treatment under DOMA.

All federal benefits, including Medicare and Medicaid, are now open. In addition, same-sex couples in states that recognize their marriage can now qualify for the Family and Medical Leave Act, which gives covered employees 12 work weeks of unpaid leave in a 12-month period for various reasons including the birth of a child, receiving a child through adoption or foster care and for caring for their spouse or child who has a serious health condition. Whether or not states recognize these rights, however, is another matter.

Rev. Michael Schuenemeyer, the United Church of Christ executive and minister for LGBT concerns, told CBSNews.com that even though Wednesday's decision opened the door up to health benefits for same-sex couples, there still was a long way to go.

"I think we're going to know more over the coming months as people sort this out," Schenemeyer said. "President Obama said they are pouring over the policies so that same sex couples should get the same benefits and equal access under the law."

Schenemeyer advised that same-sex couples get legal advice so they are educated about what their rights are and report any cases of discrimination that they may run into.

Early in April, the American Academy of Pediatrics came out in support for civil marriage rights for all LGBT couples as well as for allowing willing and capable adults to foster and adoptive parents regardless of their sexual orientation.

"Today, the U.S. Supreme Court issued two historic decisions affirming the right of same-gender couples to marry," Dr. Thomas K. McInerny, the president of the AAP, said in a statement to CBSNews.com. "The American Academy of Pediatrics has advocated that civil marriage for same-gender couples is the best way to guarantee benefits and security for their children. If a child has two loving and capable parents who choose to create a permanent bond, it's in the best interest of their children that legal institutions allow them to do so."

The AAP had previously said that stable relationships, financial security, social support and access to health care were paramount for the well-being of children. The organization added that scientific evidence shows that there is no "cause-and-effect" between the sexual orientation of parents and their children's well-being.

"If a child has 2 living and capable parents who choose to create a permanent bond by way of civil marriage, it is in the best interests of their child(ren) that legal and social institutions allow and support them to do so, irrespective of their sexual orientation," the AAP wrote in its initial statement. "If two parents are not available to the child, adoption or foster parenting remain acceptable options to provide a loving home for a child and should be available without regard to the sexual orientation of the parent(s)."

The APA had signed amicus briefs with the AMA, AAP, and the American Psychological Association. which stated that homosexuality is a normal way to express sexuality, and that most gay, lesbian and bisexual adults do not choose their sexual orientation. In addition, evidence concluded that gay and lesbian people form stable and committed relationships that are equal to heterosexual ones, and they are no less fit to raise children than heterosexual couples. The children do not suffer any additional psychological harm from being raised by a same-sex couple.

"The APA has a long history of supporting freedom in sexual orientation and the rights of same sex couples," Dr. Jeffrey Lieberman, APA president, said in a statement emailed to CBSNews.com. "By withholding benefits or marriage rights from same sex couples the government unfairly stigmatizes an important part of the American population."