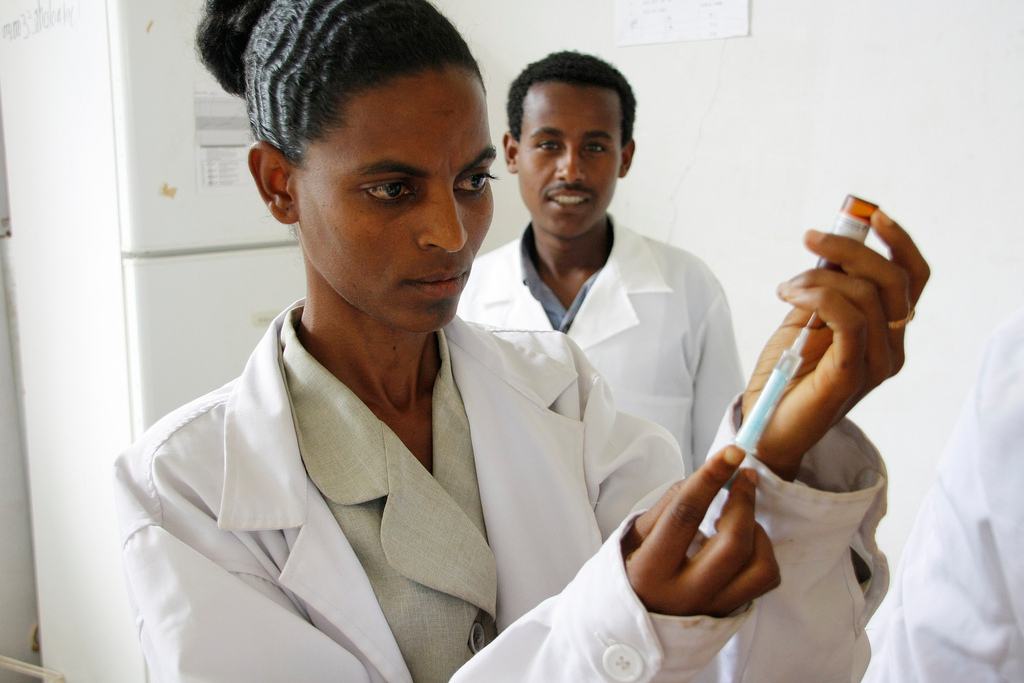 (CBS News) Global vaccination efforts have helped reduce deaths from measles outbreaks by 74 percent in a decade, according to a new study.

Measles deaths went down from 535,300 deaths in 2000 to 139,300 in 2010, according to the study published in the April 24 issue of  The Lancet. Researchers looked at statistics from World Health Organization (WHO) member states to determine rates.

"A three-quarters drop in measles deaths worldwide shows just how effective well-run vaccination programs can be," Dr. Margaret Chan, director-general of the WHO, said in a WHO press release. "Now we need to take the next logical step and vaccinate children against rubella, too."

In 2010, about 85 percent of the world's children received their first dose of the measles vaccine, up from 72 percent in 2000. Thanks to vaccination efforts, sub-Saharan Africa saw an 85 percent drop in measles mortality.

But, more work needs to be done. While measles-related deaths went down more than three-quarters in almost all regions, the WHO did not reach their goal of 90 percent reduction in measles mortality in the time period. India still accounts for 47 percent of all measles deaths, followed by the entire African region making up 36 percent of the fatalities.

Measles is still one of the leading causes of death among young children, according to the WHO. More than 95 percent of measles deaths occur in low income-countries with weak health infrastructures.

The WHO's Measles Initiative has helped vaccinate over one billion children against the disease. Research showed that when efforts to combat the illness slowed down in 2008 and 2009 and many children did not get immunizations, large outbreaks in Africa, Asia, Eastern Mediterranean and European areas took place.

A new WHO Strategic Plan to drop measles deaths by 95 percent of 2010 numbers by 2015 and eliminate measles and rubella elimination in at least five WHO regions by 2020 is now in place.

The organization hopes to vaccinate more people, monitor the spread of disease and be prepared for more outbreaks. This involves educating the community and continuing research and development. Part of this plan includes asking 62 countries who are currently not using the rubella vaccine to start implementing the vaccine with the measles vaccine in a combined shot and making it part of the national immunization schedule.

"Measles continues to kill children around the world and rubella is the leading infectious cause of congenital malformations in newborn infants; these are avoidable tragedies," Dr. Thomas Frieden, CDC Director said in the press release. "This new plan outlines strategies we know work. It is time to partner with key countries to implement the plan in order to save our children from these terrible diseases."