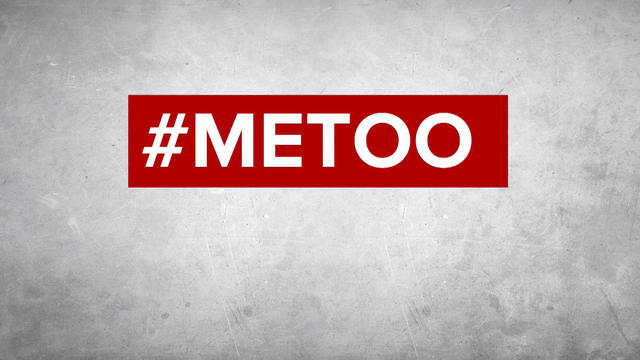 A huge number of sexual assault and harassment survivors are sharing their stories online. An untold number of women posted "me too" and revealed their deeply intimate experiences of abuse. Their stories flooded social media and painted a picture of just how many people endure sexual abuse and harassment every day.

CBS News correspondent Jericka Duncan spoke with women who are re-living painful personal traumas, while hoping to break the cycle.

"I decided to call it rape because I was blacked out drunk and I was taken advantage of. I don't remember what happened," said Haley Jakobson.

Sharing her experience as a rape survivor has been empowering for Jakobson.

"It's my truth and no one can take that away from me. It's my story," she said.

Jakobson wrote on Facebook Monday: "I woke up today knowing it was time. I publish this because I would do anything to have had these words at 16."

"Me too, and I was blamed for it. I was told not to talk about it," said one woman.

"I was nine years old when the child sexual abuse started," said another.

The massive response to #MeToo demonstrated what many women already know: Americans are sexually assaulted every 98 seconds and one in six women have faced rape.

"It took me years to label what happened to me as sexual assault," said Pittsburgh city councilwoman Natalia Rudiak.

She wrote in a Facebook post Monday, "No one would even dare suspect I've been raped. But I have. It happened to me." She continued: "I've been touched inappropriately by donors and come on to by so-called political 'allies'? And physically intimidated by men in politics."

"I never wanted my political adversaries to see this as a vulnerability to exploit. I never wanted to be seen as weak," Rudiak said.

Wolfe Herd is the founder and CEO of the social platform Bumble. She says the digital harassment she experienced ultimately influenced her business model.

"I was being harassed daily," she said. "We really have a zero tolerance policy for harassment in our platform or at our office. It's incredibly important that we all in our own respective fields and industries look in the mirror and say 'What are we doing to be a part of the solution, not a part of the problem.'"

These personal stories are all just the tip of the iceberg. Many of the women we spoke to want to spread a greater understanding of how often harassment and assault happens in our society. Some women online are calling for men to admit when they have harassed or assaulted someone.

As a result, #IHave is appearing on social media.