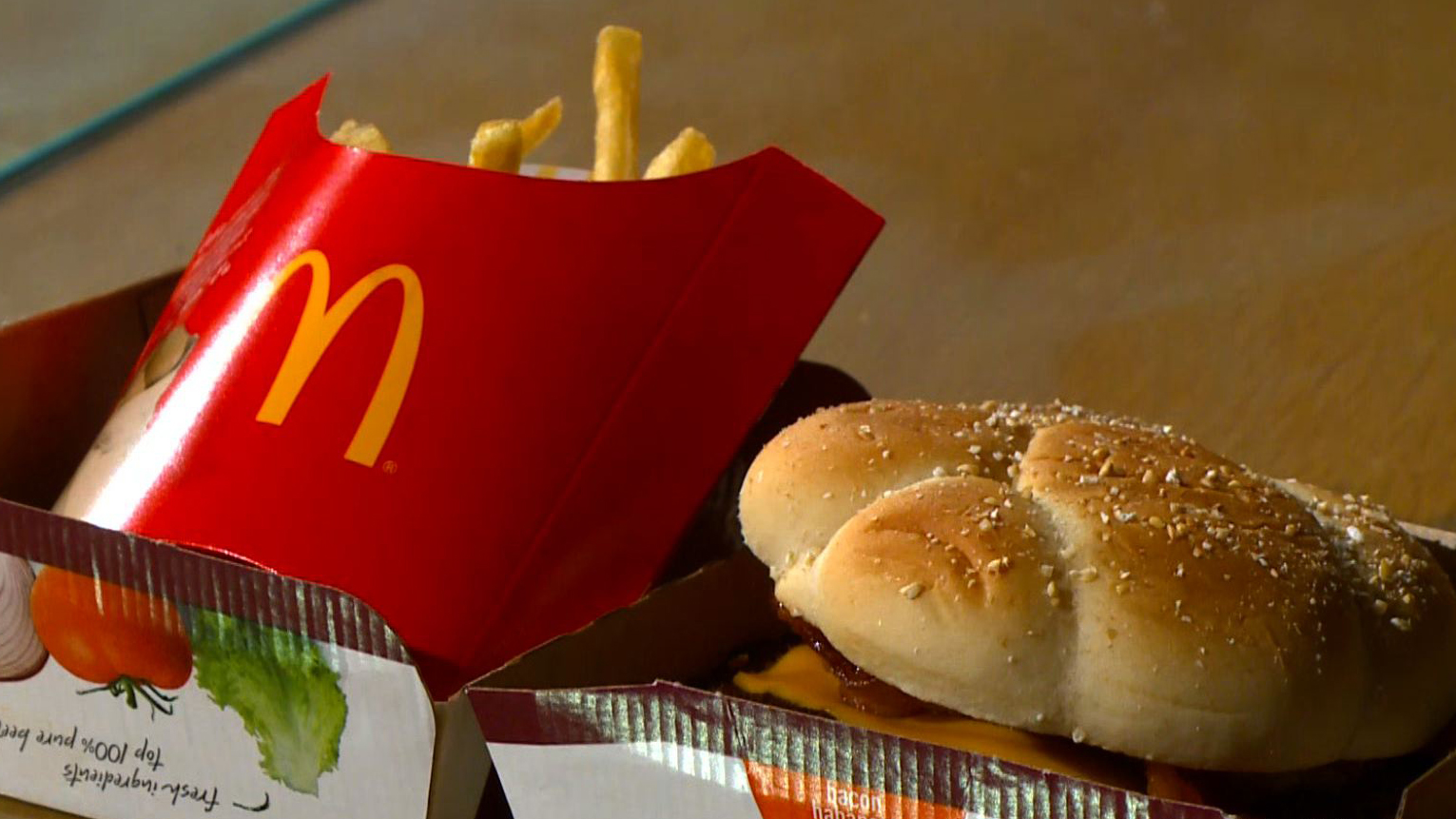 An Iowa science teacher claims to have lost 37 pounds and cut his cholesterol by 79 points by eating nothing but McDonald’s food for 90 days.

Though it sounds highly unlikely, it’s not impossible, according to registered dietitian and certified diabetes educator Despina Hyde of the NYU Langone Weight Management Program.

“Fast food can be part of a healthy diet,” she told CBS News. “Keep in mind portion control and calorie levels and fitting it into your overall diet."

Science teacher John Cisna says he started the weight-loss project with three of his students who were interested in the medical field. Their goal was to use the scientific method to come up with a diet and exercise plan that every American could follow. He videotaped the process for a documentary.

Though he had been a college baseball player, Cisna stopped watching his diet and exercising years ago. He weighed 280 pounds at the start of the experiment.

“When I had the idea, I was just a little smaller than the Titanic,” he told CBS News.

Cisna chose a fast food chain because so many people in America often eat that way. The Centers for Disease Control and Prevention estimates that 11 percent of the average adult's daily calories come from fast food. A local McDonald’s owner offered to give Cisna the meals for free.

His students planned three meals a day for 90 days with a 2,000 calorie daily limit in mind. They did their best to stick to the daily recommended allowances for carbohydrates, protein, fat, and cholesterol.

Cisna was allowed to eat anything on the menu -- even Big Macs and French fries -- as long as he balanced out more fattening foods with lighter ones at other meals.
His favorite meal plan consisted of two Egg White Delight McMuffins, a maple oatmeal bowl and 1 percent milk for breakfast, followed by a grilled chicken salad, fruit parfait and apples for lunch. For dinner, he enjoyed a grilled chicken wrap meal, complete with fries and a diet soda.

Because he stuck close to a 2,000 calorie limit, Cisna expected to lose weight. What he didn’t expect was that he would see improvements in other aspects of his health, including his cholesterol.

However, Hyde warned that too much fast food dining is still not a good idea.

“His diet was likely high in sodium, refined sugars, saturated fats and even trans fats. He was probably missing out on fiber, whole grains and heart healthy fats,” she said.

She pointed out ways people can make smart decisions at fast food chains, like taking note of calorie numbers posted on many menus. If you want to indulge during one meal, she says, make a sacrifice on the other ones.

She also tells her clients to get rid of all the extra calorie-laden components of the meal. Words like "crispy" and "fried" tend to indicate unhealthy items. Crunchy toppings like croutons or high-fat dressings can add calories to otherwise healthy salads.

“I tell them undress their foods. A lot of the sauces, toppings, cheeses account for the calories in these foods, and they can always be ordered without them,” she explained.

Cisna is so happy with the progress he made on the McDonald’s diet that he's decided to continue for another 90 days. He's added jogging, weight lifting and playing basketball to his exercise routine, thanks to his newly-found energy and higher fitness levels. In the last two and a half weeks since the end of the first 90 day period, he’s already lost an additional 8 pounds.

“This experiment shows us it’s not McDonald’s that makes us fat, it’s our decisions,” he said.