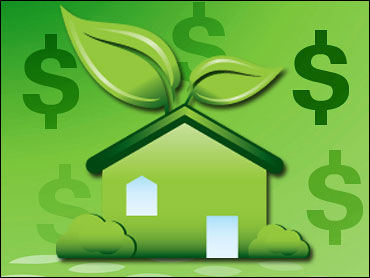 A major shift to renewable energy and efficiency is expected to produce 4.2 million new environmentally friendly "green" jobs over the next three decades, according to a study commissioned by the nation's mayors.

The study to be released Thursday by the U.S. Conference of Mayors, says that about 750,000 people work today in what can be considered green jobs from scientists and engineers researching alternative fuels to makers of wind turbines and more energy-efficient products.

But that's less than one half of 1 percent of total employment. By 2038, another 4.2 million green jobs are expected to be added, accounting for 10 percent of new job growth over the next 30 years, according to the report by Global Insight, Inc.

"It could be the fastest growing segment of the United States economy over the next several decades and dramatically increase its share of total employment," said the report, obtained Wednesday by The Associated Press.

However, the study cautioned such job growth won't be realized without an aggressive shift away from traditional fossil fuels toward alternative energy and a significant improvement in energy efficiency.

For example, it assumes by 2038 alternative energy will account for 40 percent of electricity production with half of that coming from wind and solar; widespread retrofitting of buildings to achieve a 35 percent reduction in electricity use; and 30 percent of motor fuels coming from ethanol or biodiesel.

Alternative energy such as wind, geothermal, biomass and solar, currently accounts for less than 3 percent of electricity generation and nonfossil sources such as ethanol and biodiesel about 5 percent of all motor fuels, the report notes.

Miami Mayor Manny Diaz, the conference's president, said the report makes "a very compelling economic argument for investing in the green economy and that we're going to get a huge return for it."

"These are things we have to do," said Diaz in a telephone interview, adding that "Washington needs to get on the train."

Both presidential candidates have cited the jobs potential if the country embraces alternative energy and efficiency.

Democratic nominee Barack Obama predicts investments in a "clean energy economy" over the next 10 years "will help the private sector create 5 million new green jobs" - a more ambitious projection than outlined by the study provided the mayors.

The report, being presented at a mayor's conference in Miami, predicts the biggest job gain will be from the increased use of alternative transportation fuels, with 1.5 million additional jobs, followed by the renewable power generating sector with 1.2 million new jobs. Another 81,000 additional jobs will be generated by industries related to making homes and commercial buildings more energy efficient, the study said.

And it predicted an additional 1.4 million green jobs related to engineering, research, consulting and legal work.