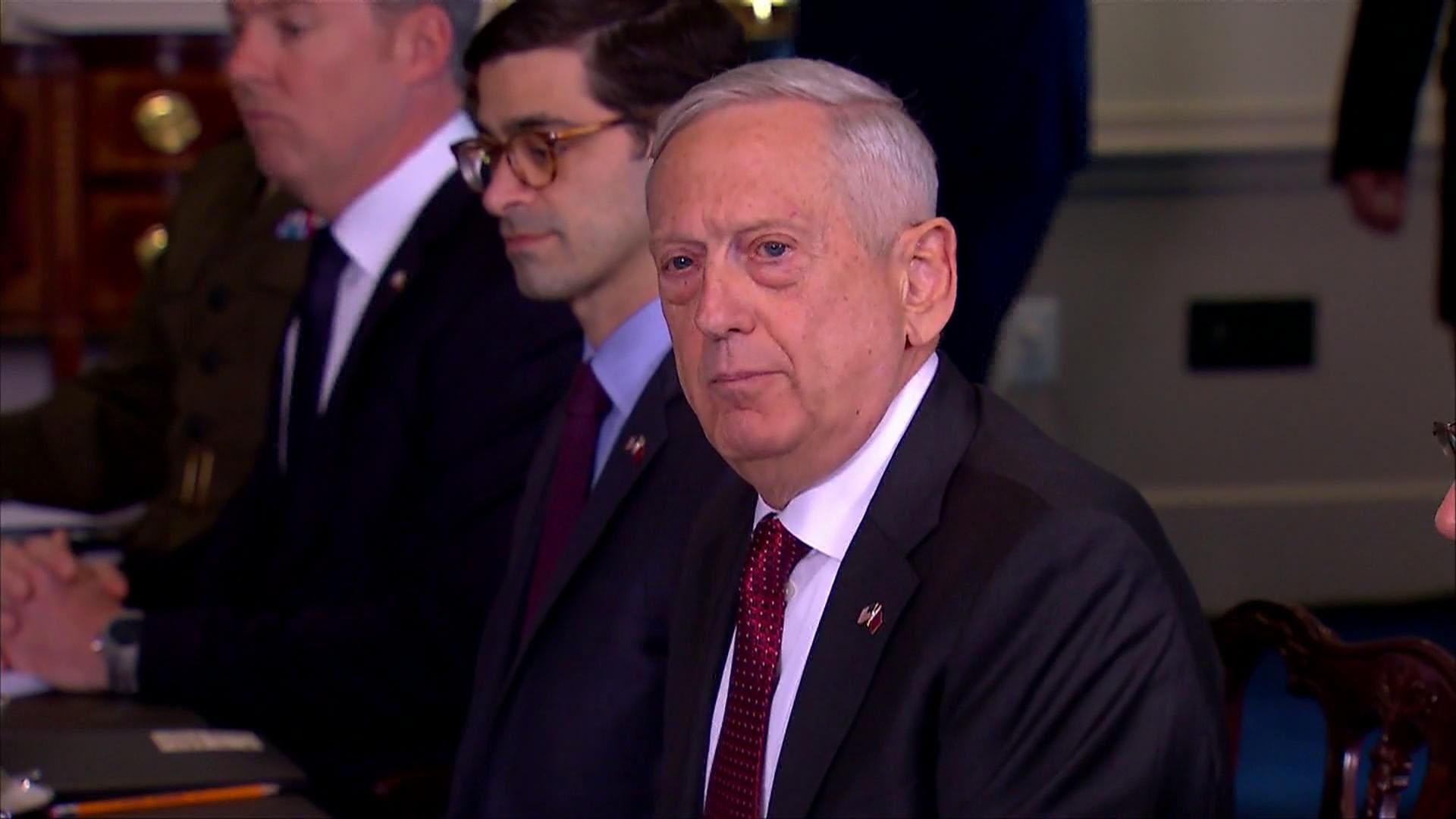 Defense Secretary James Mattis says he doesn't "rule out anything" at the moment with regard to possible action against Syrian President Bashar Assad in response to the suspected chemical attack on young children and families in the Syrian city of Douma over the weekend,

While welcoming Sheikh Tamim Bin Hamad Al-Thani, Emir of the State of Qatar, to the Pentagon on Monday, Mattis questioned why chemical weapons were there in the first place as Russia had previously vowed to remove them.

"The first thing we have to look at is why are chemical weapons still being used at all when Russia was the framework guarantor of removing all chemical weapons and so working with our allies and partners, from NATO to Qatar and elsewhere, we are going to address this issue," said Mattis.

When asked by reporters at the formal meeting if he could confirm the Assad regime had used chemical weapons over the weekend, Mattis shook his head no.

President Trump, however, squarely placed blame on Assad and his allies for the attack that left dozens dead and hundreds injured.

Mr. Trump specifically called out Russian President Vladimir Putin as well as the Iranian leadership for backing Assad's regime. In a flurry of tweets on Sunday, he warned of a "big price to pay" for those who support "Animal Assad."

It's unclear what the administration's next steps are with regard to responding to the attack. Following a similar chemical attack against civilians in April of last year, Mr. Trump ordered a missile strike on a Syrian military air base in Shayrat, about 50 miles due south of the village that was gassed.

CBS News' Margaret Brennan reported on Sunday that a senior administration official tells CBS News that a U.S. response is "near certain."