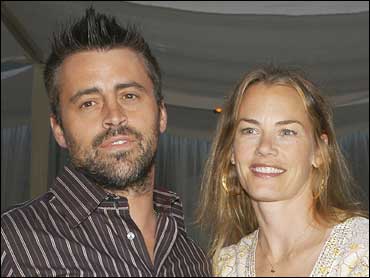 It's back to "how you doin'?" for Matt LeBlanc. His divorce is final.

He and his ex, Melissa McKnight, have joint custody of their 2-year-old daughter, Marina.

As a former member of the "Friends" cast, LeBlanc was taking home truckloads of money. And between him and his ex-wife, he's the high-wage earner.

So, the court says he's responsible for their daughter's education, nanny and more. Plus, he'll pay $15,000 a month in child support.

TMZ.com and People magazine are citing court documents indicating the couple had a pre-nuptial agreement that waives spousal support in exchange for a cash settlement.

The couple announced plans to split earlier this year. Since the break-up, the actor has reportedly been dating his former "Joey" co-star Andrea Anders, who stars in the new CBS sitcom "The Class."

"Melissa and Matt LeBlanc have decided to end their marriage of three years," the actor's spokesman said in March during the split. "The dissolution is amicable. They remain devoted parents and friends. For the sake of their family, they ask that their privacy be respected at this time."

"It was very sudden. She was absolutely blindsided by what transpired," McKnight's friend Kelly Phillips told People magazine.