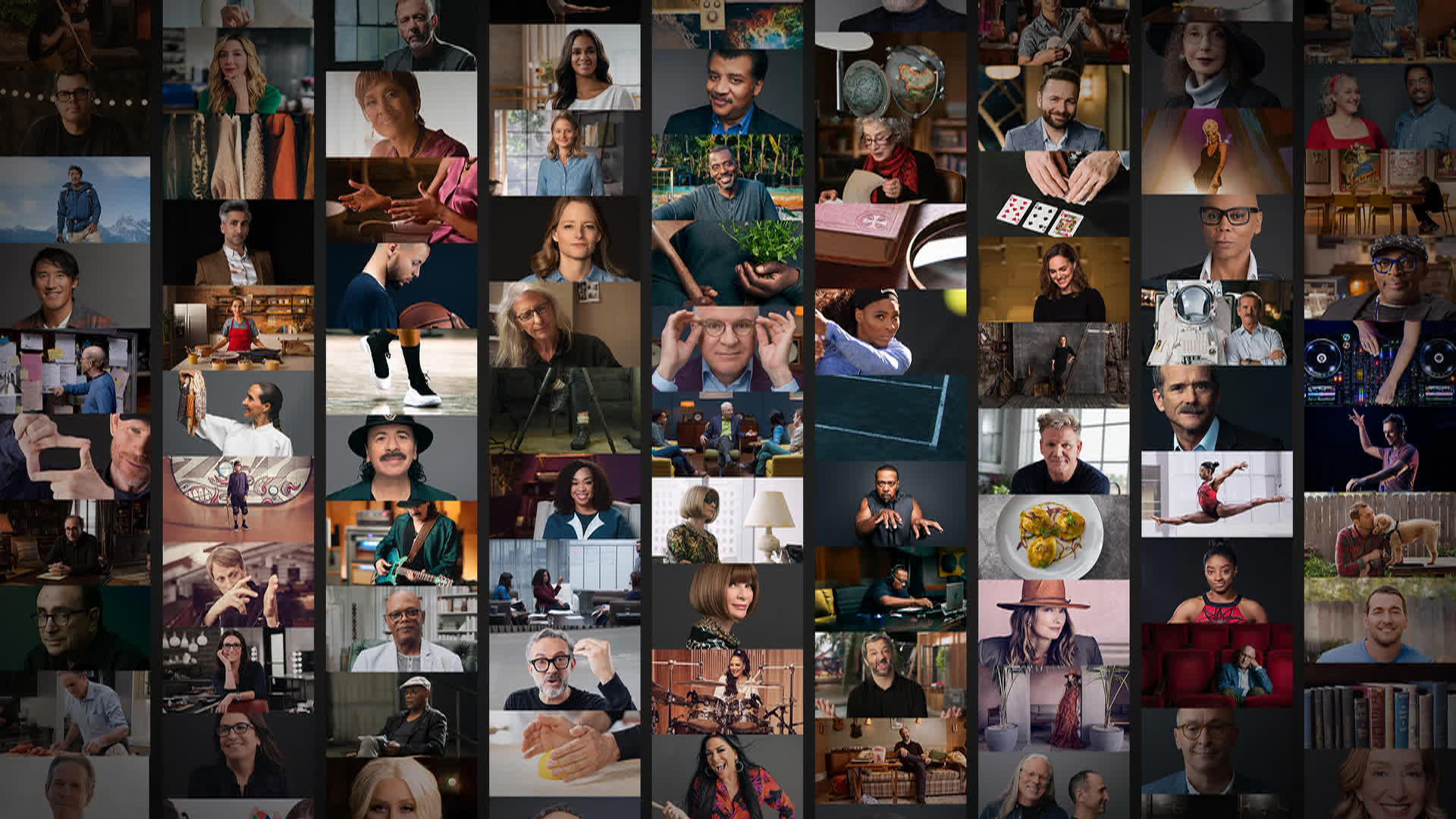 If you've been on Facebook or YouTube, you've probably seen ads for MasterClass: Video courses, between four and eight hours long, taught by really famous people – Serena Williams on tennis, Steve Martin on comedy, Jane Goodall on conservation, and so on.

CEO David Rogier founded MasterClass in 2015: "I started trying other figure out, 'Okay, how can I get a hold of the best people in the world? How can I cold-call them, cold-email them, to ask them to teach?' And they started saying yes."

And during the pandemic, the customers also said yes to MasterClass.

Correspondent David Pogue said, "An armchair observer might say, 'Wow, did MasterClass get lucky when the pandemic came along.' I mean, it fell into your lap."

Rogier said, "Obviously we never anticipated the pandemic; I wish it never happened. [But] what we saw, the impact on our business, there were weeks in this past year where we saw demand spike by over 1,000%."

Saliyl Dotson contributed to that spike. He's a Brooklyn filmmaker who became something of a Masterclass superfan. Whose classes has he watched? "Spike Lee, David Lynch, Aaron Sorkin, David Mamet, really interesting guy. I even watched Gordon Ramsey. I don't cook, but I'm just interested!"

Of the film-related instructors, Dotson put Spike Lee at number one. "I'm, like, incredibly influenced by him and everything he's done. When I saw Spike's MasterClass, I had no project, no film projects. And so, it definitely lit a fire under me to just get started, just do it."

Inspired by Lee's course during the pandemic, he began making two-minute films, like this one from his series "B. Human," just to hone his skills:

Oscar- and Tony-winning actress Helen Mirren has been busy during the pandemic, too; she has two new film projects coming out this year. But three years ago, she became a MasterClass instructor.

"I was very flattered that I should be asked," she told Pogue. "But I was incredibly resistant, because I didn't feel that I had anything to contribute. But what was really interesting was, once I started, this flood of stuff came to me. It was funny, I didn't realize it was in there! I had no idea!"

Pogue asked, "What was the appeal to you to do one of these MasterClass projects?"

"You know, if you go to a class in a university, you know, maybe got 40 people in front of you," Mirren said. "Here, you know, you can communicate with people all over the world. It's fantastic."

One of Mirren's tips: When she is pitched a screenplay, she opens it at the end and reads the last scene.

"I know, that's terrible!" she laughed. "That's my awful, venal secret. That's just to do with ego. If it's a great scene, it's a great role."

Magicians Penn & Teller teach a MasterClass, too. "We've never really given a whole course in how to really do magic, how to really become a magician," said Penn.

Teller, of course, never speaks during performances – or in TV interviews. But you hear a lot of him in his MasterClass. From their course, Teller offered a tip on misdirection: "When you don't talk, the audience has to tell itself the story. And they don't know where it's going."

Penn said, "When I first met him, he was a high school teacher. He taught Latin and Greek. There is this part of Teller, this teaching part and this philosophical part, that has not been represented, in my opinion, enough."

Each course is filmed like a Hollywood movie. The instructor chooses the curriculum and gets final approval over the finished videos. Penn said, "We shot the whole MasterClass on the Penn & Teller stage here in Vegas. And they brought in a whole film crew. You can watch all the MasterClasses for pure entertainment."

Pogue asked, "Do you hear from people? Do you read the reviews?"

"The feedback we've gotten has been very positive," said Penn. [Teller nodded "Yes."] "But then again, you know, most people are polite!"

But it's not all rave reviews for MasterClass. For starters, it's $180 a year, which (as recent "Saturday Night Live" parodies suggested) isn't cheap.

And even though they're called courses, there are no tests, no grades, no office hours, and no questions for the instructor. That's too bad, according to Saliyl Dotson. "I think that's one thing that would be kinda cool," he said. "'Let's set up a live Q&A with the instructor,' blah, blah, blah. That would be dope."

CEO David Rogier believes that this format can actually be better than formal training. "I think we are the intersection of learning and of entertainment," he said. "If you ask most people if they like school, most people will say no. Ask those same people if they love to learn, they'll all say yes. What we do at MasterClass is try to bring the joy back to learning."