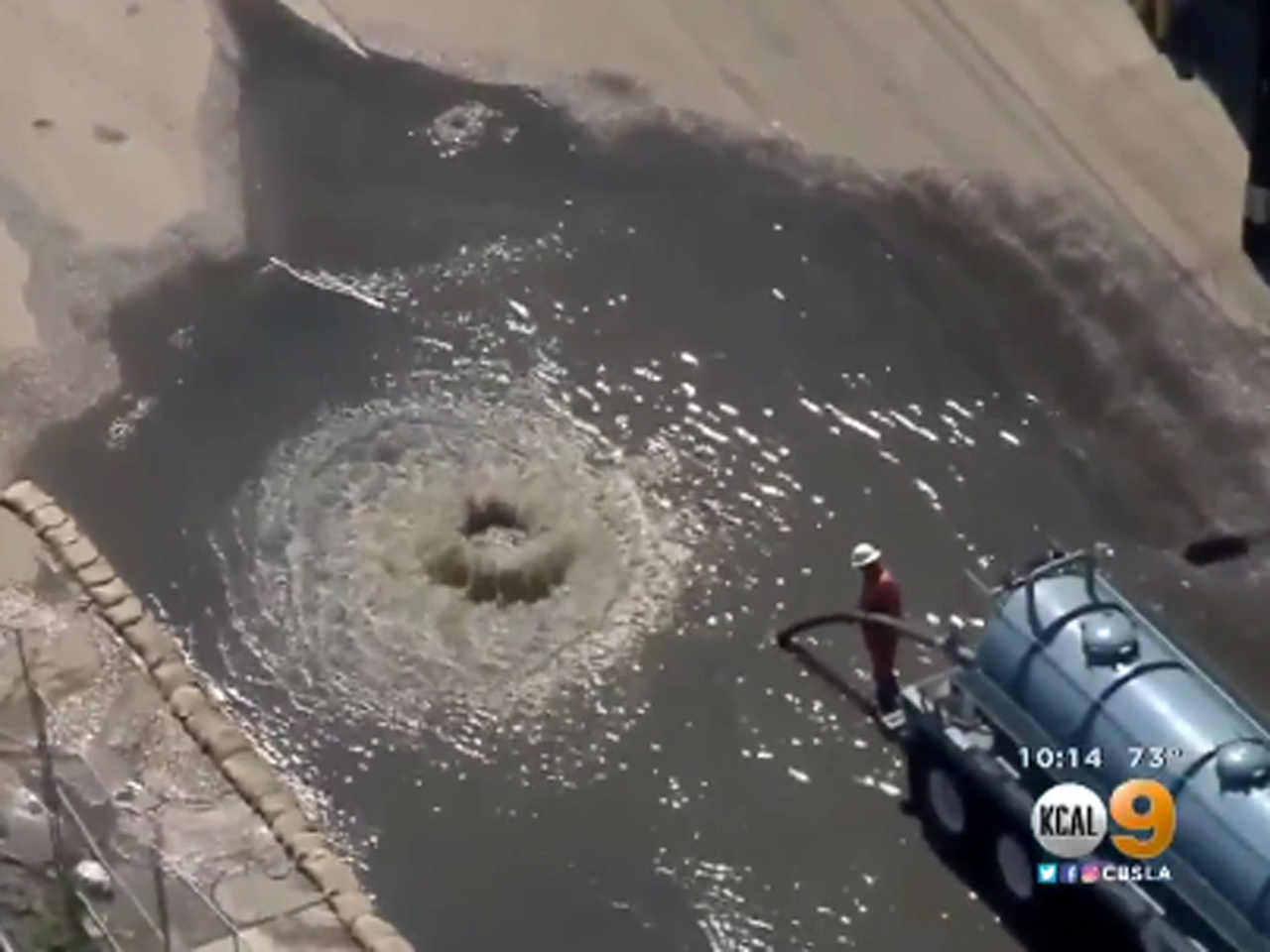 LOS ANGELES -- Southern California waters that draw visitors from around the world are off-limits thanks to a multi-million-gallon sewage spill.

A buried pipe some 20 miles away in downtown Los Angeles collapsed, causing a blockage and a spill of 2.4 million gallons of raw sewage that belched stinky sludge onto streets and into storm drains.

Beaches in Long Beach and Seal Beach were closed to swimmers and waders until at least Wednesday while health officials tested the waters for bacteria to determine whether it was safe.

Crews managed to contain, divert or vacuum up at least 750,000 gallons after the Monday spill, but the rest flowed into the Los Angeles River, and some may have reached the Pacific Ocean, officials said.

The flow was stopped Tuesday and an above-ground bypass system was being built so repairs and cleanup could get underway, said Adel Hagekhalil, assistant director of Los Angeles Sanitation.

Warning signs and flags were up and lifeguards shooed way some visitors.

But some people couldn't resist dipping their toes and feet into the water and walking along its edge, reports CBS Los Angeles.

Tony and Sherrie Turner, visiting from Washington State, almost went into the water but were warned off by a little boy who told them there was "'poop in the water,"' Tony told the station. But the beach is "still beautiful. It's so beautiful," Sherri said.

The closure was a financial hit for M&M Surfing School of Seal Beach, which had to cancel classes for 70 students at a loss of $85 each.

"Nobody went out," owner Michael Pless said. "The bummer is I have people coming from all over the world. I have people from England, Sweden. I had people flying in to meet me."

Pless said he took some younger students, whose parents had dropped them off, to his home pool and Jacuzzi.

"They didn't get to surf but they got to play," Pless said.

The 1929 concrete, tiled-lined pipe that broke was 18 feet underground, while more recent pipes are 80 to 100 feet below, Hagekhalil said.

The top collapsed and choked the pipe with debris, creating an overflow.

The cause of the collapse wasn't clear.

The pipe had been scheduled for replacement in two years. "It just did not wait for us," Hagekhalil said.