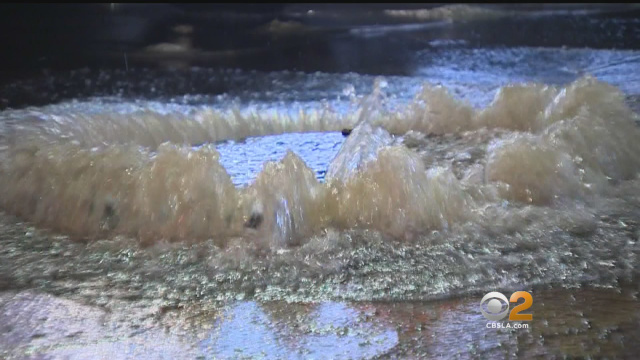 LOS ANGELES - Officials say as much as 1.5 million gallons of sewage spewed from a burst pipe near downtown Los Angeles, leading to the closure of ocean waters downriver in Long Beach.

Nelson Kerr with the Long Beach health department says officials are testing ocean water Tuesday at the mouth of the Los Angeles River, about 20 miles south of the spill site. Results of the tests are expected Wednesday.

CBS Los Angeles reports the sewer pipe in question, located at 6th Street and Madison Road, clogged and subsequently caused an overflow of sewage into the Los Angeles River and the ocean.

The spill was stopped by about 11 p.m.

Kerr says beaches will likely be closed through at least Thursday.