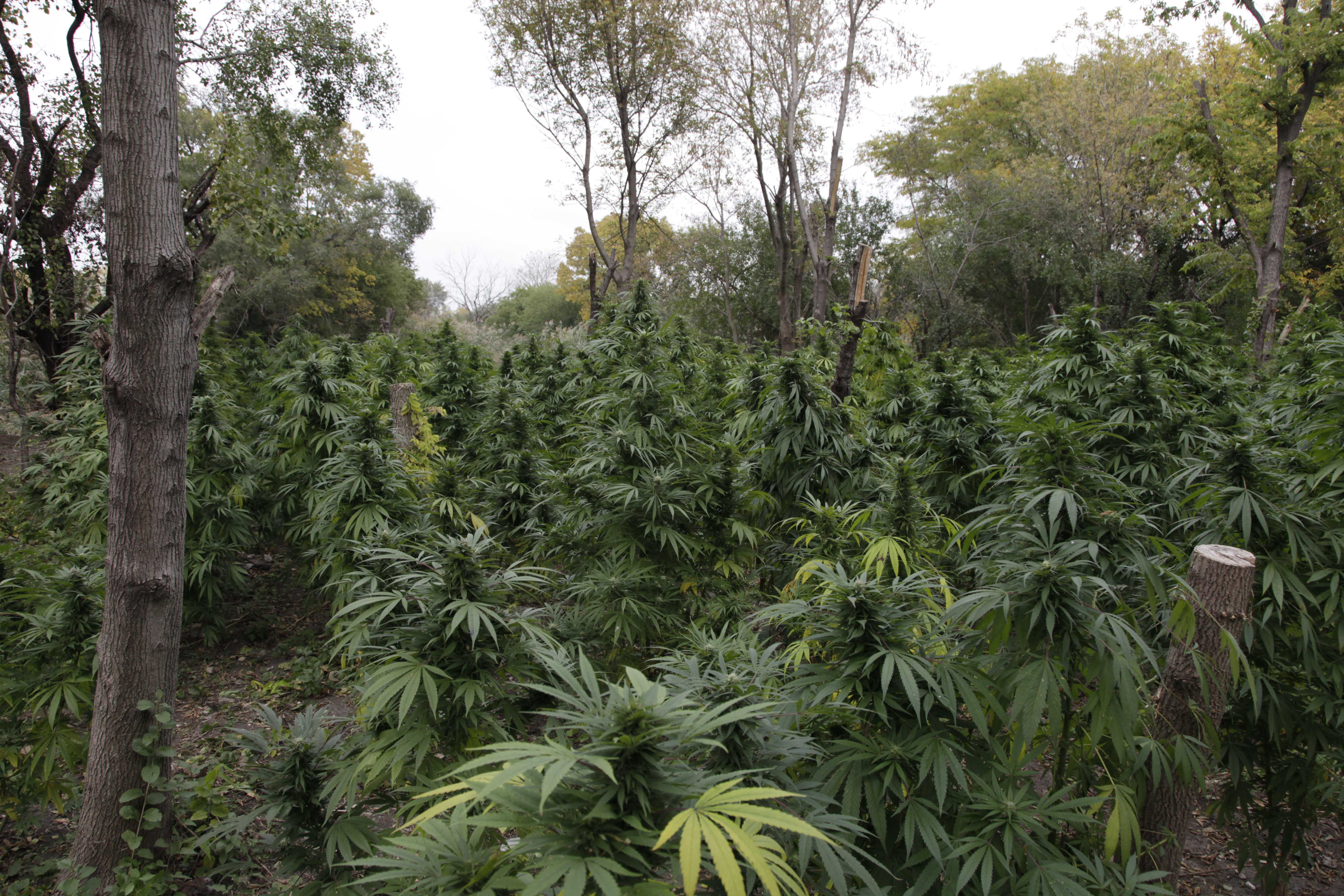 Chicago police have discovered a field of marijuana plants spanning the equivalent of two football fields -- a crop that has an estimated street value of $7 million to $10 million, CBS Chicago reported.

Officials found the field on the city's South Side during a helicopter operation Tuesday.

Cook County Sheriff's Deputy Edward Graney said he was flying in a police helicopter after a training exercise when he spotted "five rows of plants, straight line configuration."

"It didn't look normal for wild growth," he said.

The field, containing more than 1,500 cannabis plants, some as tall as Christmas trees, was set back about 100 yards from the street and was hidden by wild flowers.

Police also found evidence of a camp, and officials said the tarp, sleeping bag, soda bottles and Cheetos wrappers at the site indicated someone may have been guarding the field.

The Department of Streets and Sanitation cut down the plants early Wednesday. The police department's Bomb and Arson Unit was tasked with destroying them.

A city truck driver told CBS Radio station WBBM that he called police after spotting a man running from the area while the helicopter was overhead, but no arrests have been made in connection with the field. Officials are using DNA testing to try to find the person who was watching over the plants.