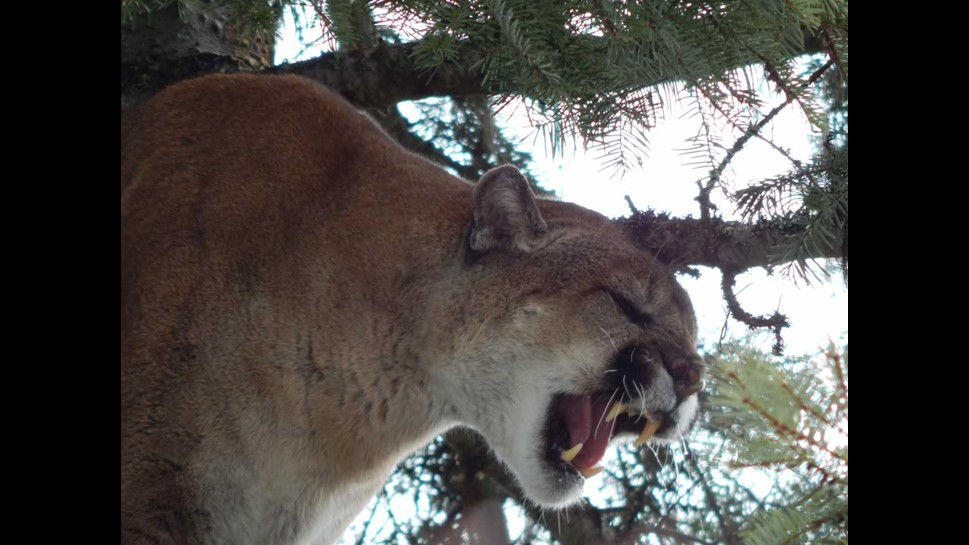 State carnivore research scientist Brian Kertson called the cat a "monster." He said it's so muscular that the first tranquilizer dart he shot at it popped out as the cat flexed.

Kertson says it's the largest cougar caught in Washington state, as far as he knows.

Bart George, a wildlife biologist for the Kalispel Tribe, said the cougar was eating mostly elk.

It was captured as part of a predator/prey study.

Kertson has captured 20 cougars and collared 16 since December 2016.

On average, tom cougars weigh between 150 and 155 pounds.

"You could tell he was a big cougar. A couple of the guys had got to the tree before I did. But then when I got up there, I did look at it and think, 'Wow that's a pretty big cat,'" Kertson told KREM. "A hundred to 150 pounds is normal, he was 197.2 pounds according to the digital scale. I estimate him to be about 9 years old."

Kertson also said there is a scar on the cougar's nose – likely a sign the big cat defended its territory from another male cougar and won.