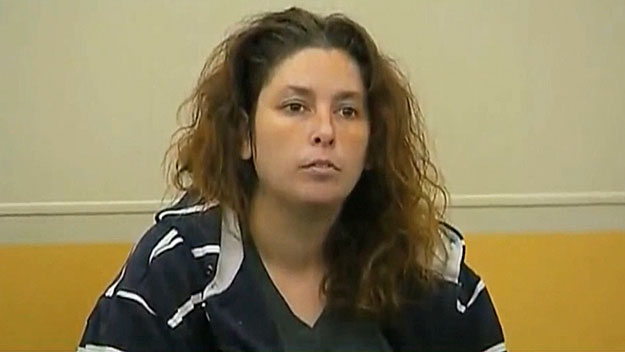 WORCESTER, Mass. -- A Massachusetts woman found living with the skeletal remains of three babies in a squalid home has pleaded not guilty to two counts of murder.

Thirty-one-year-old Erika Murray barely spoke as she was arraigned Monday.

Murray had been originally charged with fetal death concealment after the remains were found in her Blackstone home in September. She pleaded not guilty and was held on $1 million bail. She was indicted on the murder charges earlier this month.

According to CBS Boston, her four children -- ranging from 5 months to 13 years old -- were removed from the Blackstone home in August and placed in state custody. The two youngest children were reportedly found covered in their own feces, malnourished and severely neglected.

The house was infested with rodents and insects, piled high with dirty diapers and contained dead animals. Workers in Hazmat suits spent days cleaning out the house, which later was demolished.

Murray's lawyer has said she has mental health issues and there's no evidence she caused the deaths of the babies.