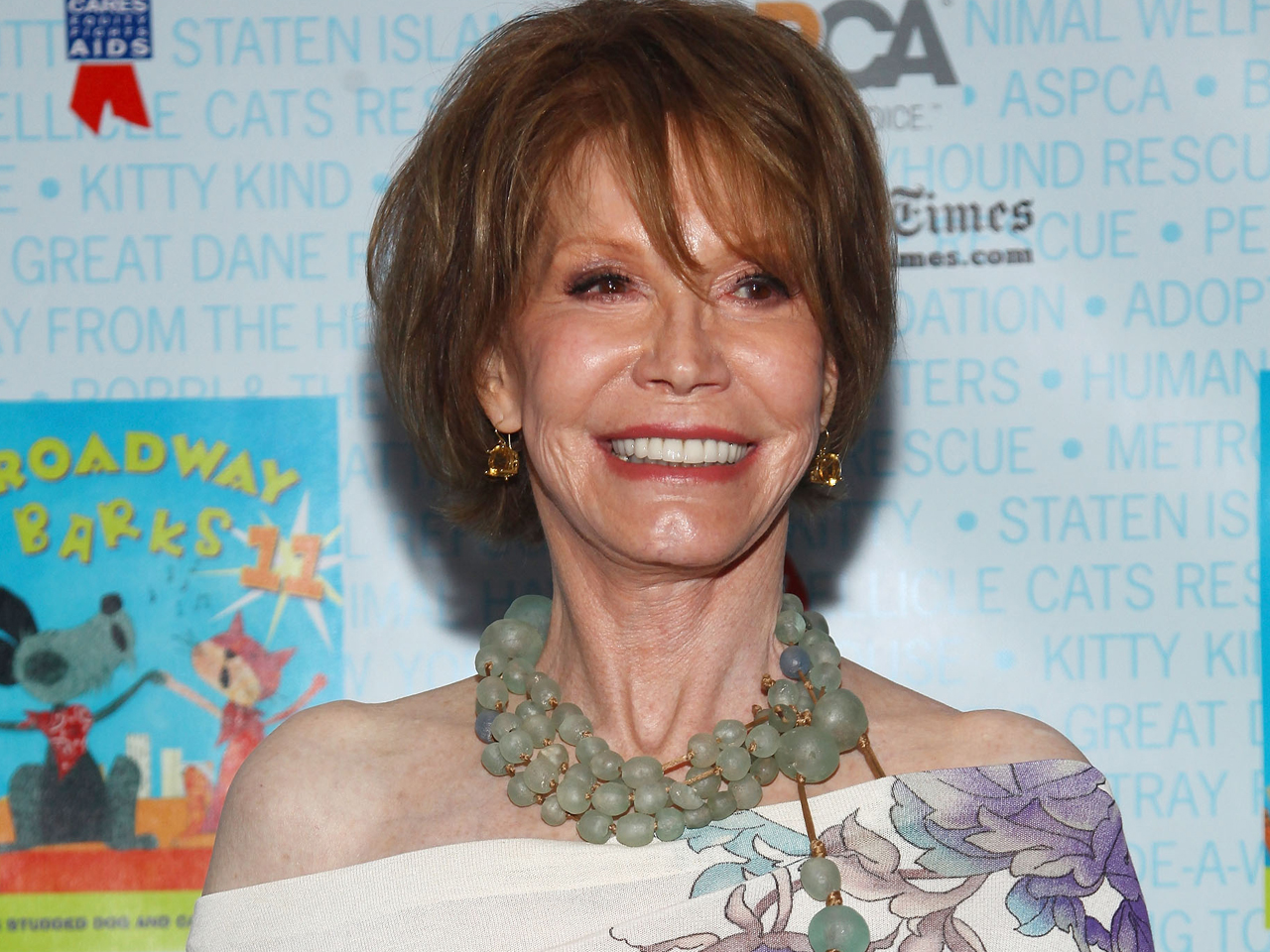 Mary Tyler Moore, an American actress and TV icon, has died, her publicist confirmed to CBS News. She was 80.

"Today, beloved icon Mary Tyler Moore passed away at the age of 80 in the company of friends and her loving husband of over 33 years, Dr. S. Robert Levine," Moore's longtime publicist, Mara Buxbaum, said in a statement. A groundbreaking actress, producer, and passionate advocate for the Juvenile Diabetes Research Foundation, Mary will be remembered as a fearless visionary who turned the world on with her smile."

Her big break came when Carl Reiner and Danny Thomas cast Moore in her star-making role as Laura Petrie, the hip and fun wife of Dick Van Dyke's Rob Petrie on "The Dick Van Dyke Show," which ran on CBS from 1961 to 1966.

But Moore was best known for her trailblazing role on "The Mary Tyler Moore Show" as a single career woman, then a rarity on TV. Also a CBS mainstay, it ran from 1970 to 1977.

She won seven Emmys over the course of her career, including five for Outstanding Lead Actress in a Comedy Series, a record she shared with Candace Bergen and Julia Louis-Dreyfus for the most wins in that category.

Moore also found great success in film, starring in 1967's "Thoroughly Modern Millie" and opposite Elvis Presley in 1969's "Change of Habit" before the launch of "The Mary Tyler Moore Show."

Moore was nominated for an Academy Award for Best Actress for her role as a frosty suburban mom in the 1980 film "Ordinary People," a role that came shortly after her own son, Richie, accidentally shot himself at the age of 24.

Over the course of her career, she also won a Tony, three Golden Globes and a SAG lifetime achievement award, and "The Mary Tyler Moore Show" was the recipient of a Peabody.

Moore used her celebrity status to raise awareness about a cause dear to her, juvenile diabetes, and was a tireless advocate as the international chairperson for the Juvenile Diabetes Research Foundation, a position she held for over 30 years.

"Mary Tyler Moore was a once-in-a-generation talent," CBS chairman Leslie Moonves said in a statement. "She will be long remembered as a gifted actress, television pioneer and a role model to so many. CBS has lost one of the very best to ever grace our airwaves and our industry has lost a true legend and friend."

Reactions to Moore's death from colleagues and fans across the entertainment industry began pouring in Wednesday.

Actor Dick Van Dyke tweeted: "There are no words," and linked to a YouTube clip of the dynamic duo performing together on "The Dick Van Dyke Show."

"Mary's energy, spirit and talent created a new bright spot in the television landscape and she will be very much missed," her "Ordinary People" director, Robert Redford, said in a statement. "The courage she displayed in taking on a role,("Ordinary People"), darker than anything she had ever done, was brave and enormously powerful."