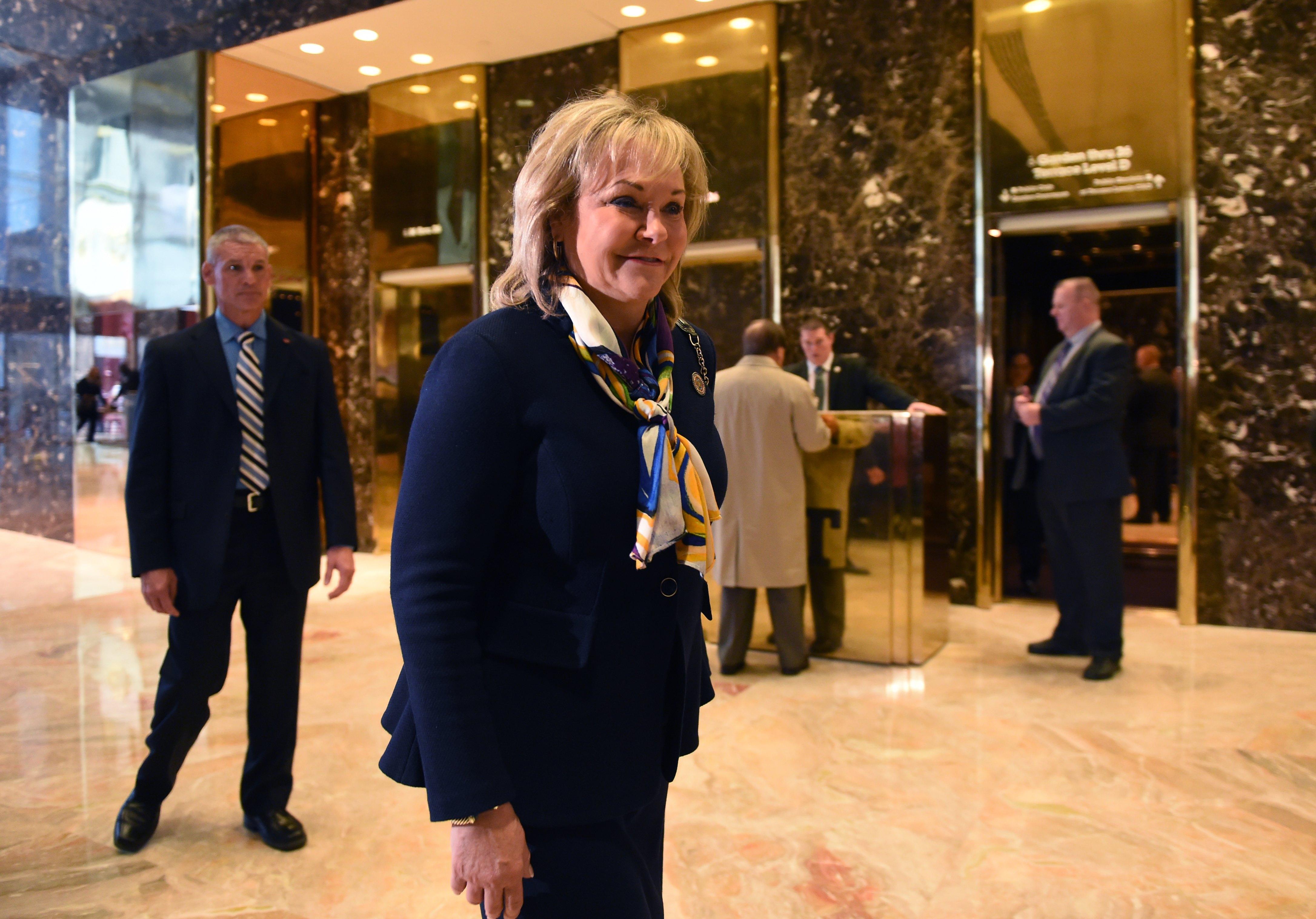 OKLAHOMA CITY -- Oklahoma's Republican Gov. Mary Fallin vetoed a bill late Friday that would have authorized adults to carry firearms without a permit or training, dealing a rare defeat to the National Rifle Association in a conservative state. The NRA had supported the bill's passage and had urged Fallin to sign it.

The veto comes after opposition from the business community and law enforcement authorities, including top officials with the Oklahoma State Bureau of Investigation who have said it could erode public safety.

In a statement announcing her veto, Fallin stressed her support for the Second Amendment and the right to bear arms and noted she had signed concealed and open carry measures in the past.

"I believe the firearms laws we currently have in place are effective, appropriate and minimal," she said. But she added that the bill would have eliminated the requirement for a training course and reduced the level of background checks to carry a gun.

The bill is similar to so-called "constitutional carry" legislation adopted in a dozen other states. It would have authorized people 21 and older and military personnel who are at least 18 to legally carry a handgun, either openly or concealed, without a state-issued license or permit.

The state currently requires a license to carry a handgun openly or concealed.

The NRA issued a statement in Washington blasting Fallin for what it was going back on her commitment to support such a gun carry law when she ran for re-election in 2014.

The state bureau of investigation, which issues handgun licenses, had opposed the bill, saying it would cost the agency about $4.7 million annually and result in the loss of about 60 full-time positions.

Many business leaders, including local chambers of commerce, also opposed the bill, giving the governor - who cannot run for re-election under term limits - plenty of political cover to veto it.

The Legislature already has adjourned its session so lawmakers will not be able to revisit the issue until next year after the election of a new governor.

Several Republican candidates to succeed Fallin as governor urged her this week to sign it.

"Republican voters believe in the Second Amendment and they believe they should be able to exercise that right with as little interference from the government as possible," Worthen said. "Especially in more rural areas."

Fallin has vetoed gun bills before. In 2014, she vetoed a bill requiring state authorities to sign off on applications for federally-regulated items such as silencers, short-barreled rifles and automatic weapons within 15 days. But the Legislature overrode her veto and the bill became law anyway. In 2015, she vetoed legislation that restricted businesses from banning guns at parks, fairgrounds and recreational areas, a veto that remained in place.

The bill written by Republican Sen. Greg Treat provides legal protections to faith-based agencies that won't place children in LGBT homes because of religious or moral convictions or policies.

The Family Equality Council, which advocates for LGBTQ families, said in a statement that the Oklahoma law targets the gay community and encourages religious-based adoption agencies "to discriminate on the basis of their belief that LGBTQ people should not be raising children."

Freedom Oklahoma, another LGBT advocacy group, threatened to sue the state over the new law.

"Make no mistake, we will fight for the most vulnerable Oklahomans targeted by this law. Our message to Gov. Fallin and the lawmakers who championed this travesty is simple: We'll see you in court!" said Executive Director Troy Stevenson.

"The new law will bring more adoption services to the state and allow crucial faith-based agencies to continue their decades-long tradition of caring for Oklahoma's most vulnerable children," Oklahoma's Catholic bishops said in a statement.

Treat, the Senate majority floor leader and president pro tem designate, has said he's convinced some faith-based groups are hesitant to participate in adoptions for fear of being sued for discrimination.

"I would not be standing here on a bill as controversial as this if I didn't believe it would help more children to get into loving homes," Treat said during a sometimes testy debate near the end of the legislative session earlier this month. But gay rights groups disagreed, saying it would lead to fewer children being placed because some groups would exclude same sex homes from hosting them.