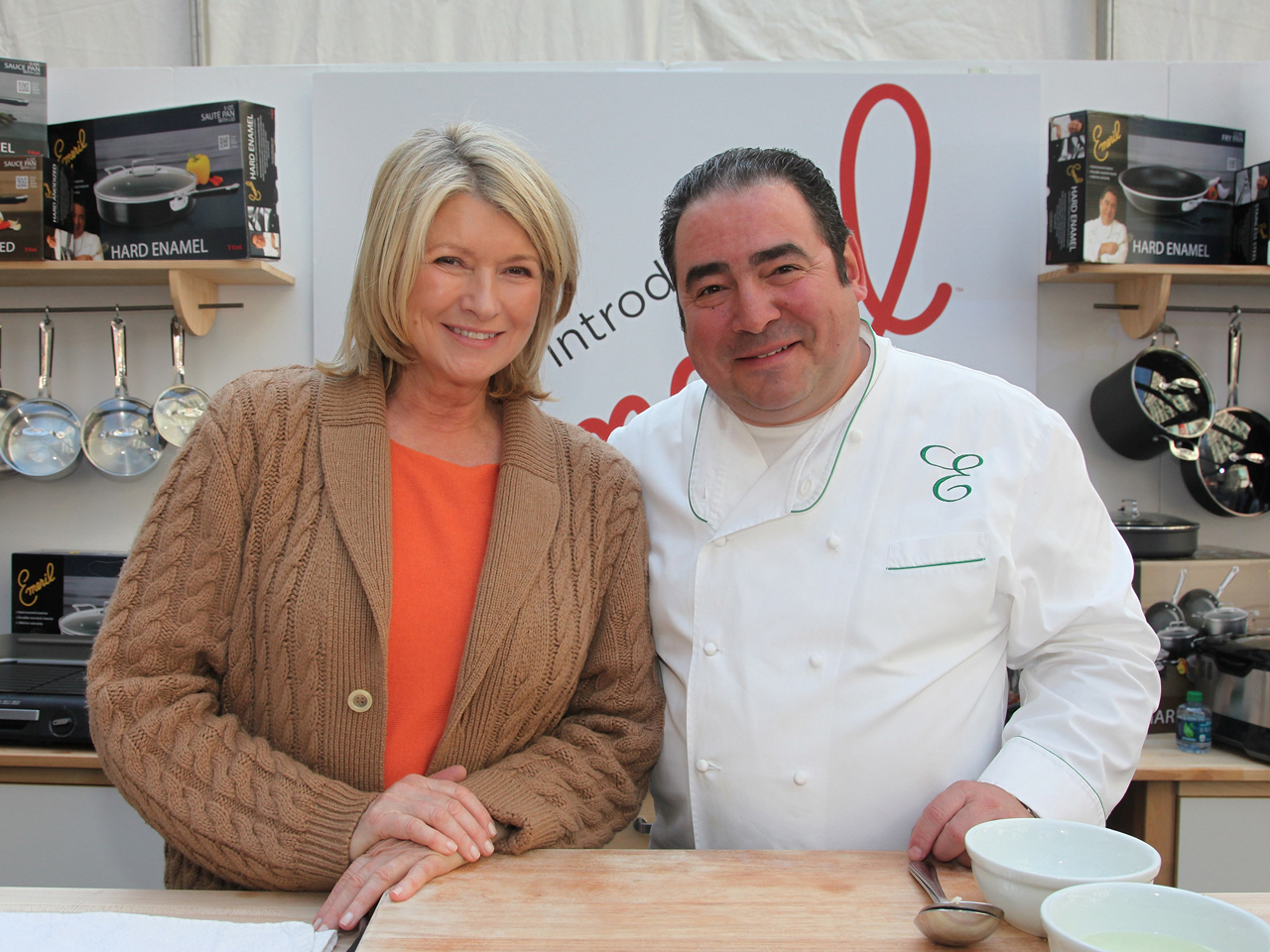 The lawsuit (read it here) accuses the domestic diva, celebrity chef and shopping channel of trademark infringement for selling knives purported to be made in Solingen, Germany - a region known for making high-quality cutlery - when they were actually made in China.

The German Chamber of Industry and Commerce Wuppertal-Solingen-Remscheid, a trade association that holds the rights to the Solingen name, filed the suit this week in U.S. District Court in Florida.

The knives are marked with the signature trademark "Emerils" and "Solingen, Germany," on one side of the blade and are marked "China" on the other, according to the lawsuit.

Stewart is named in the suit because her company, Martha Stewart Living Omnimedia, owns Lagasse's product line. The suit calls her the "primary controlling force" behind MSLO and says she was "responsible for the licensing, advertising, promotion and sales" of the knives.

The lawsuit also highlights negative customer reviews of the cutlery on HSN's website.

"I'm disappointed in the video when Emeril stated that the Santouku knife was made in Germany," one consumer wrote, according to the complaint. "That is terrible when a top chef lies to you on TV." Other buyers allegedly complained that the knives "were rusting and breaking in half."

The trade association is seeking an injunction preventing the defendants from selling the knives, The Hollywood Reporter notes, as well as up to $2 million in damages for each instance of trademark infringement.