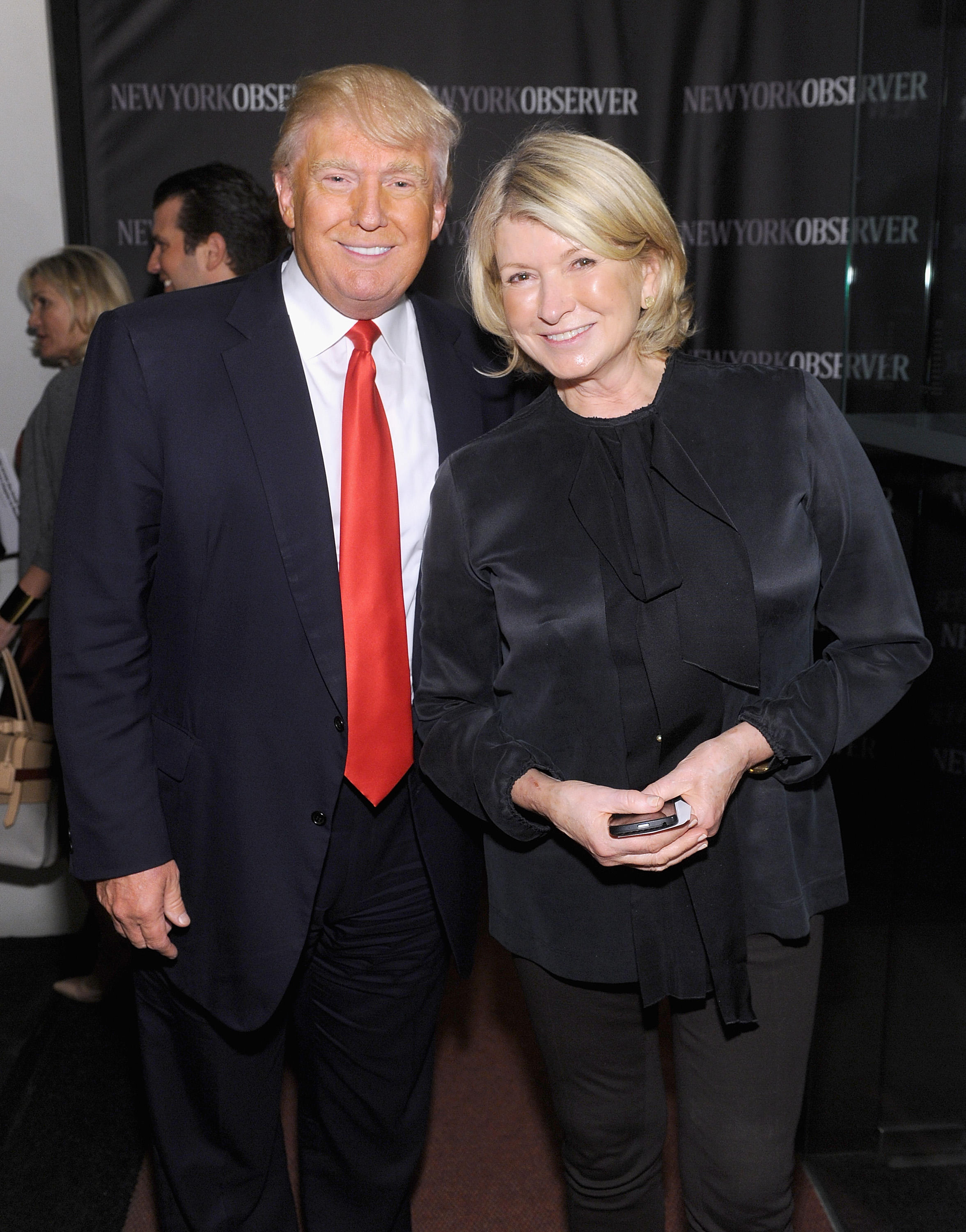 Domestic diva Martha Stewart has a well-documented history of throwing shade, so it shouldn't be too much of a surprise that Stewart has now appeared to diss President Trump.

In a photo posted on Instagram, it appears that Stewart is giving the middle finger to a portrait of Mr. Trump while flashing a peace sign at an adjacent portrait of her friend and colleague, Snoop Dogg.

Stewart posted a photo of herself throwing peace signs at both men, but another photo of her with a middle finger directed at Mr. Trump circulated on other Instagram accounts.

She wrote that she was at Freize New York, an art fair on Randall's Island in New York City.

"Having two 'Apprentices' was as unfair to him as it was unfair to me," she said at the time. "But Donald really wanted to stay on."

Mr. Trump responded, "I wish she would be able to take responsibility for her failure."

Stewart publicly announced that she was voting for Hillary Clinton during the 2016 presidential election.