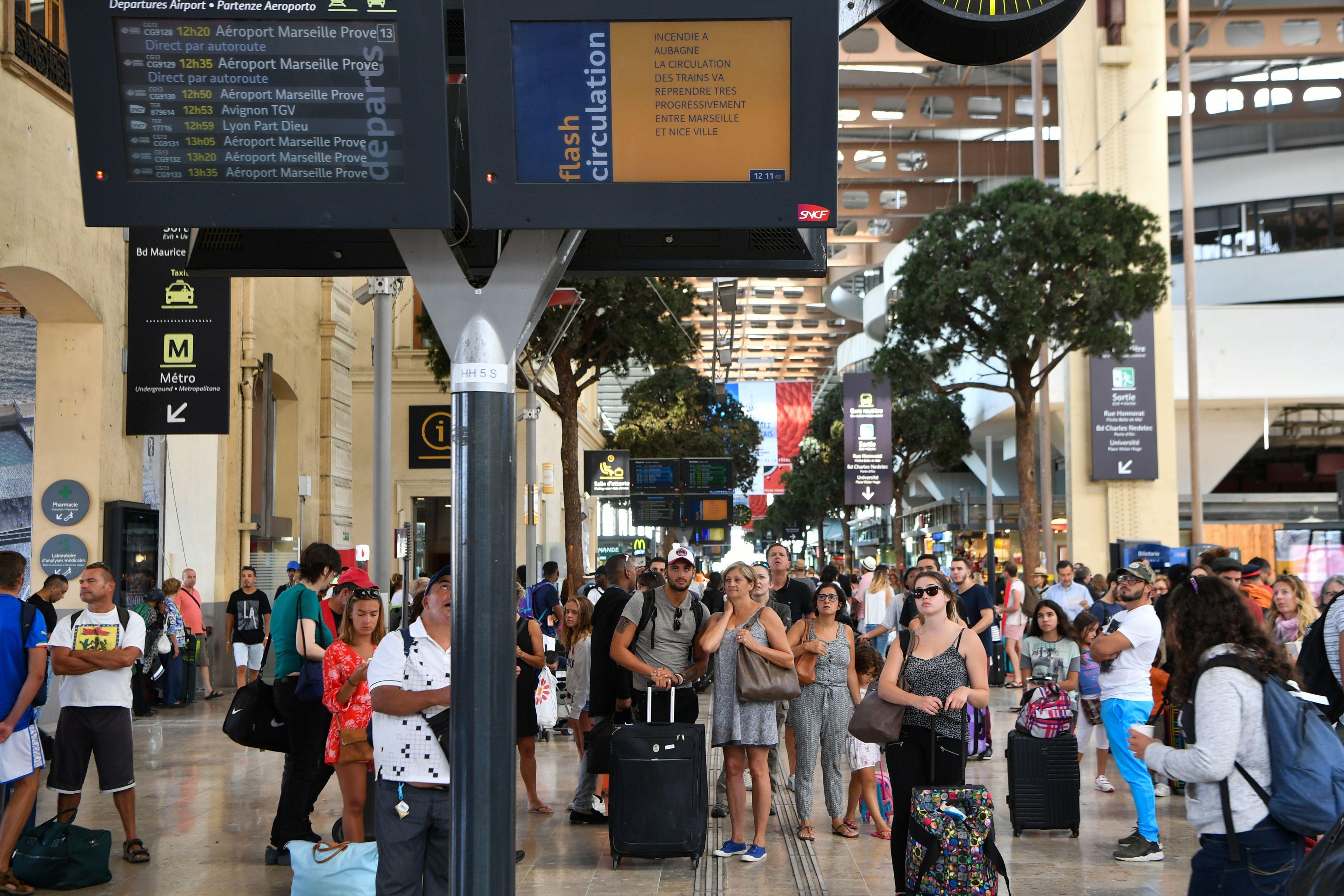 PARIS -- Four American college students were attacked with acid Sunday at a train station in the French city of Marseille, but French authorities so far do not think extremist views motivated the 41-year-old woman who was arrested as the alleged assailant, the local prosecutor's office and the students' school said.

Boston College, a private Jesuit university in Massachusetts, said in a statement Sunday that the four female students were treated for burns at a Marseille hospital after they were sprayed in the face with acid on Sunday morning. The statement said the four all were juniors studying abroad, three of them at the college's Paris program.

"It appears that the students are fine, considering the circumstances, though they may require additional treatment for burns," Nick Gozik, who directs Boston College's Office of International Programs. "We have been in contact with the students and their parents and remain in touch with French officials and the U.S. Embassy regarding the incident."

Police in France described the suspect as "disturbed" and said the attack was not thought at this point to be terror-related, according the university's statement.

The Paris prosecutor's office said earlier Sunday that its counter-terrorism division had decided for the time being not to assume jurisdiction for investigating the attack. The prosecutor's office in the capital, which has responsibility for all terror-related cases in France, did not explain the reasoning behind the decision.

A spokeswoman for the Marseille prosecutor's office told The Associated Press in a telephone call that the suspect did not make any extremist threats or declarations during the late morning attack at the city's Saint Charles train station. She said there were no obvious indications that the woman's actions were terror-related.

The spokeswoman spoke on condition of anonymity, per the custom of the French judicial system. She said all four of the victims were in their 20s and treated at a hospital, two of them for shock. The suspect was taken into police custody.

The Marseille fire department was alerted just after 11 a.m. and dispatched four vehicles and 14 firefighters to the train station, a department spokeswoman said.

Two of the Americans were "slightly injured" with acid but did not require emergency medical treatment from medics at the scene, the spokeswoman said. She requested anonymity in keeping with fire department protocol.

Regional newspaper La Provence, quoting unidentified police officials, reported that the suspect had a history of mental health problems and noted that she remained at the site of the attack without trying to flee.

A spokesman for the United States embassy in Paris said the U.S. consulate in Marseille was in contact with French authorities.

Marseille is a port city in southern France that is closer to Barcelona than Paris.

In April, French police said they thwarted an imminent "terror attack" and arrested two suspected radicals in Marseille just days before the first round of France's presidential election. Paris prosecutor Francois Molins told reporters the two suspects "were getting ready to carry out an imminent, violent action." In January 2016, a 15-year-old Turkish Kurd was arrested after attacking a Jewish teacher on a Marseille street. He told police he acted in the name of the Islamic State of Iraq and Syria (ISIS) groups.