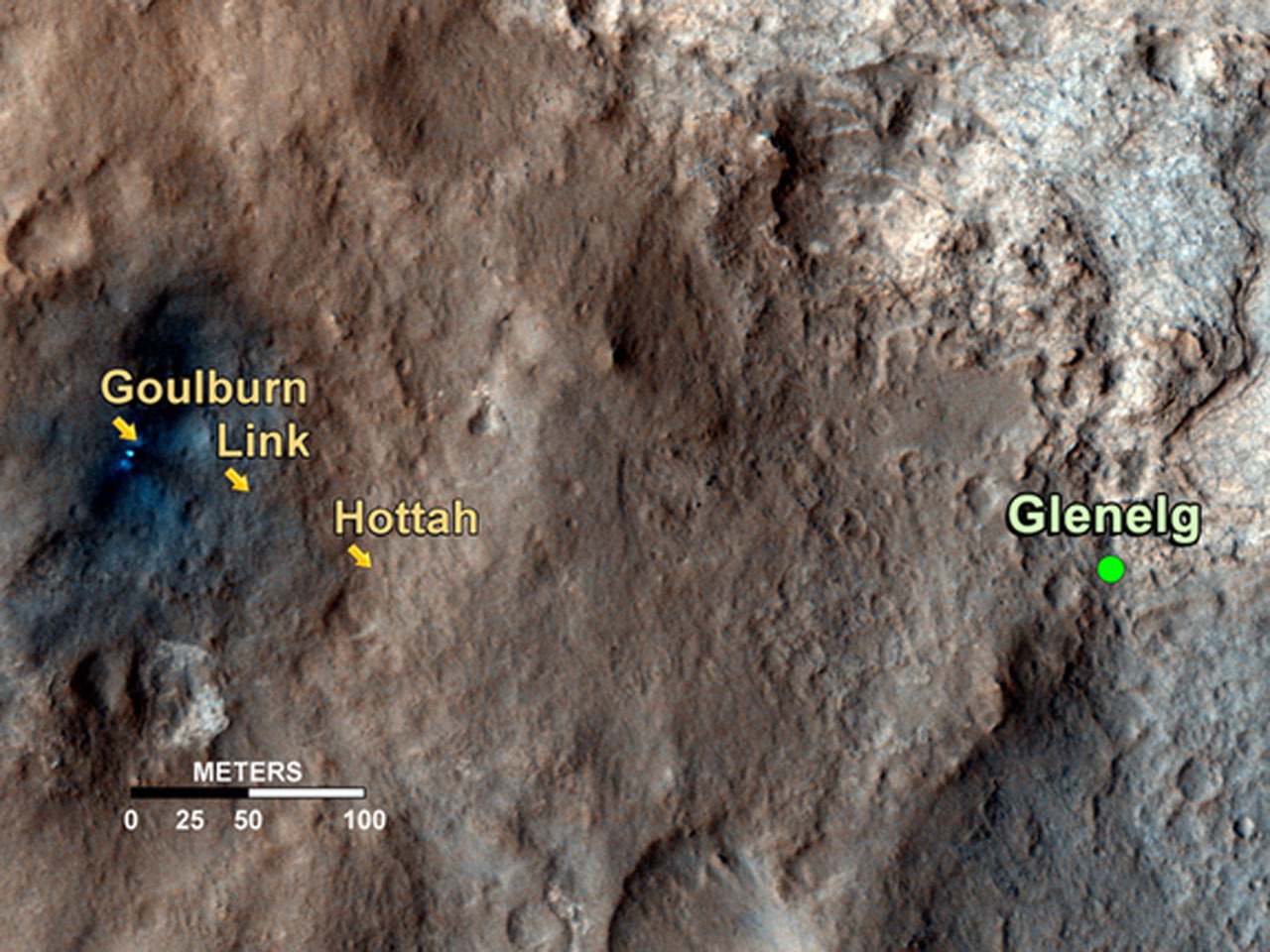 Meet the robotic "mayor" of Mars: NASA's Mars rover Curiosity has checked in on the Red Planet using the mobile application Foursquare, marking the first-ever such check-in from the surface of another world.

Foursquare users who check in to a particular venue more times than anybody else in the past 60 days become the "mayor" of that place. It would appear that Curiosity has the Mayor of Mars title pretty much sewn up.

Curiosity will continue to check in at various locations throughout its Gale Crater landing site, posting photos and tips as it rolls along, NASA officials said.

"NASA is using Foursquare as a tool to share the rover's new locations while exploring Mars," David Weaver, associate administrator for communications at NASA Headquarters, said in a statement. "This will help to involve the public with the mission and give them a sense of the rover's travels through Gale Crater."

Foursquare users will be able to earn a Curiosity-themed badge by checking in at museums, laboratories and other locations that generate an interest in science, engineering and technology, NASA officials said. The badge will become available later this year.

The $2.5 billion Mars rover Curiosity landed on Aug. 5 with the aim of determining if the Gale area could ever have supported microbial life. The six-wheeled robot is about two months into its planned two-year mission.

While Curiosity is currently cruising toward a site called Glenelg, its main destination is the base of Mount Sharp, which rises 3.4 miles into the Martian sky from Gale's center. Mars-orbiting spacecraft have detected evidence that Mount Sharp's foothills were exposed to liquid water long ago.

NASA has been on Foursquare since 2010, when astronaut Doug Wheelock made the first-ever check-in from the International Space Station.

The Foursquare community numbers more than 25 million users, who have made more than 2.5 billion check-ins since the free app was introduced in March 2009, according to the Foursquare website.