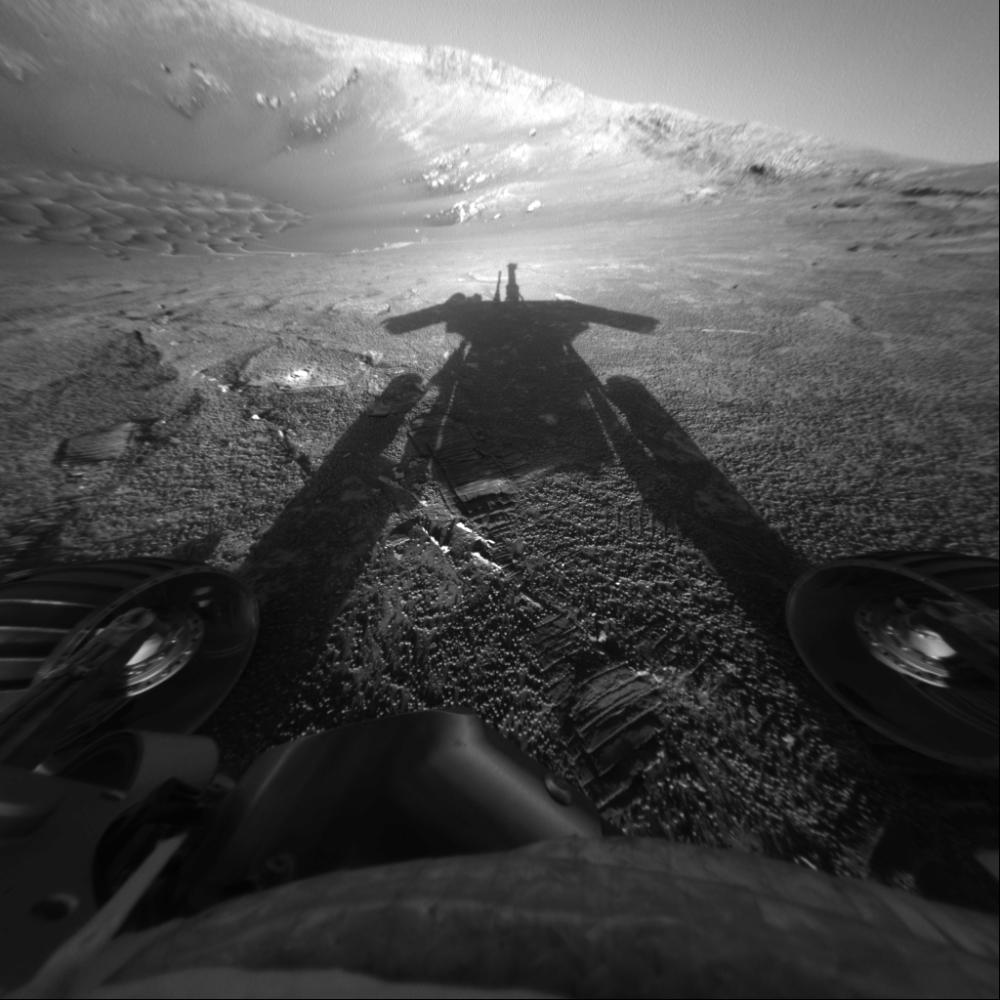 When it was first commissioned in 2004, NASA's Opportunity rover's mission was scheduled to last just three months.

Eleven years on, the rover is still prowling the Red Planet albeit at a snail's pace. This week, it logged a symbolic record by completing 26.219 miles.

In other words, it ran a marathon in 11 years and two months.

"This is the first time any human enterprise has exceeded the distance of a marathon on the surface of another world," said John Callas, Opportunity project manager at NASA's Jet Propulsion Laboratory in Pasadena, California.

The long-lived rover surpassed the marathon mark during a drive of 153 feet. Last year, Opportunity became the long-distance champion of all off-Earth vehicles when it topped the previous record set by the former Soviet Union's Lunokhod 2 moon rover.

"It's certainly a testament to how well our instruments have built and how well things are working because that mission was supposed to be a 90-day mission," said Jennifer Stern of NASA's Goddard Space Flight Center in Greenbelt, Maryland. "It kept going and it's been able to cover a wide variety of environments on Mars that was never expected."

In the early days, Exploration found evidence of environments with liquid water soaking the ground and flowing on planet's surface. It then headed for the rim of Endeavour Crater, yielding information that the ancient wet conditions were less acidic, and more favorable for microbial life, than found in previous missions.

It was a good week for NASA rovers on Mars. Hours before the distance record was announced, NASA reported that the Mars Curiosity rover had detected nitrogen on the Red Planet's surface.

The discovery offers further proof that ancient Mars was habitable for life, since nitrogen is used in the building blocks of larger molecules like DNA and RNA.

"These things were thought to be there but they have been really just been hard to detect," Stern told CBS News. "This would be the first the real confirmation that yes indeed they are there and we have measured them in several different types of samples during this mission."

"None of this is saying that there is life on Mars at all," she continued. "This is saying this is another nutrient that is crucial for life as we know it. Now, we know it's there in a form that could be readily taken up by biology."

The Curiosity team also found evidence that other ingredients needed for life, such as liquid water and organic matter, were present on Mars billions of years ago.