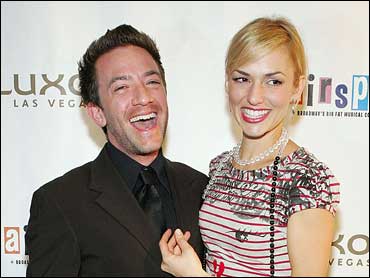 David Faustino, who played Bud Bundy on the TV series "Married with Children," was arrested on marijuana and disorderly intoxication charges.

Police said they spotted Faustino, 33, and his wife, Andrea, 31, at an intersection late Friday night. Faustino reportedly tried to climb out the car window, then opened the door.

The actor tried to walk away when police confronted the couple, authorities said. The officer smelled alcohol on Faustino's breath and found a plastic bag with a gram of marijuana in his pocket, police said.

Faustino was booked into Volusia County jail and released Saturday.

Volusia County court records did not list an attorney for Faustino. A telephone message left after hours by The Associated Press with the actor's public relations firm was not immediately returned.

Faustino filed for divorce in February from his wife in Los Angeles, citing irreconcilable differences.