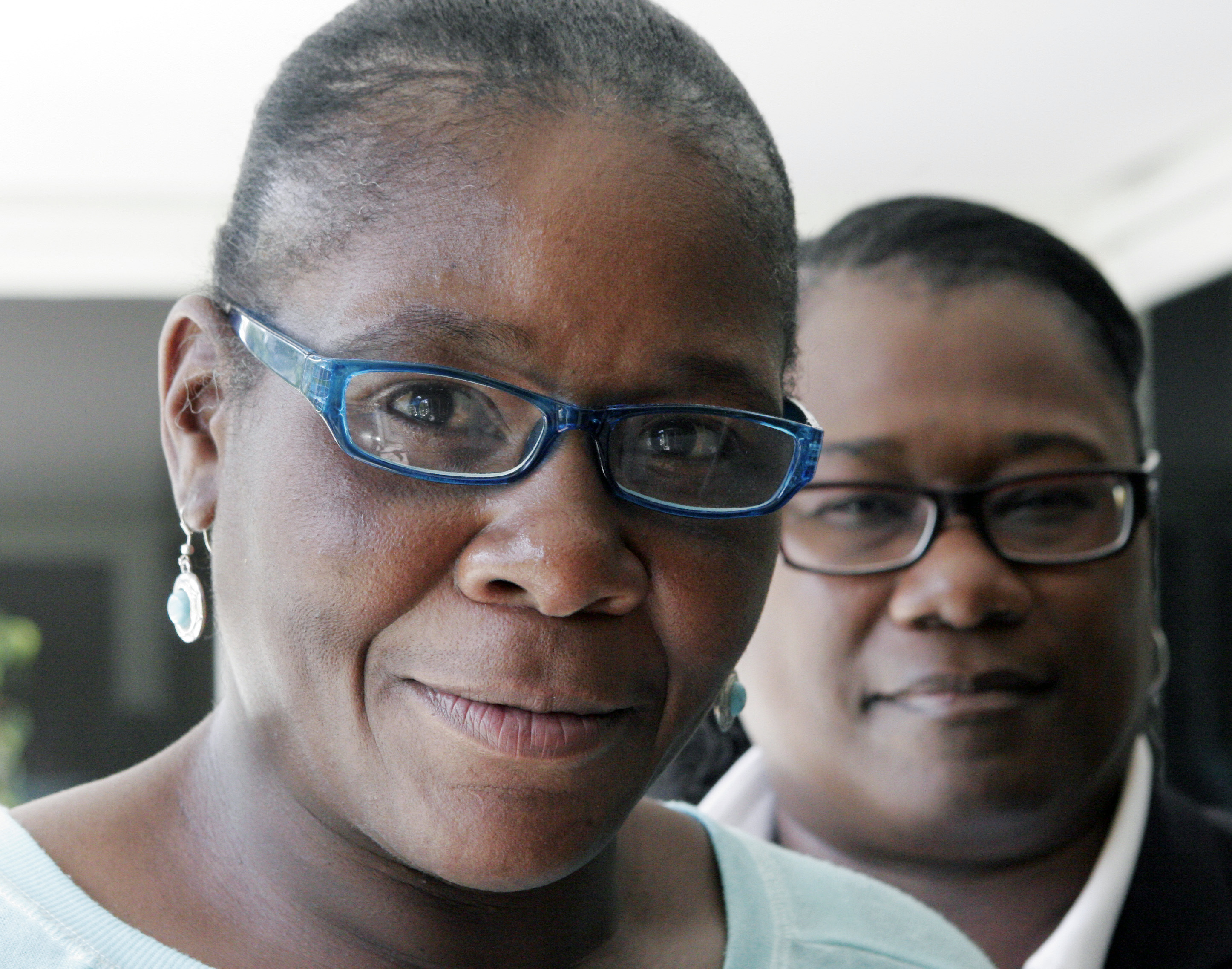 LOS ANGELES -- A woman punched repeatedly by a California Highway Patrol officer on the side of a freeway in an incident caught on video will receive $1.5 million under a settlement reached Wednesday night, and the officer has agreed to resign.

CHP Commissioner Joe Farrow confirmed the settlement in an emailed statement and an attorney for Marlene Pinnock confirmed the dollar amount.

The agreement came after a nine-hour mediation session in Los Angeles.

"When this incident occurred, I promised that I would look into it and vowed a swift resolution," Farrow's statement said. "Today, we have worked constructively to reach a settlement agreement that is satisfactory to all parties involved."

The statement said that Officer Daniel Andrew, who joined the CHP in 2012 and has been on paid administrative leave since the incident, "has elected to resign."

Andrew could still be charged criminally in the case. The CHP forwarded the results of its investigation of the incident to Los Angeles County prosecutors last month, saying he could face serious charges but none have been filed yet.

The bulk of the settlement will take the form of a special needs trust for Pinnock, the CHP said.

Pinnock's attorney Caree Harper said the settlement fulfilled the two elements her side was looking for.

"One of the things we wanted to make sure of was that she was provided for in a manner that accommodated her unique situation in life," Harper said, "and that the officer was not going to be an officer anymore and we secured those things."

The July 1 video of Andrew punching Pinnock was captured by a passing driver and spread widely on the internet and television.

On Aug. 10, Pinnock broke her silence and told CBS News' Carter Evans she believed Andrew was trying "to kill" her and she feared for her life.

"He was trying to beat me to death," she told Evans, "take my life away. For no reason. I did nothing to him."

According to a search warrant made public in court documents last month, Andrew had just pulled Pinnock from oncoming traffic and she resisted by pushing him after multiple drivers called 911 to report her walking barefoot along the side of the freeway.

Andrew then straddled her on the ground as Pinnock resisted by "kicking her legs, grabbing the officer's uniform and twisting her body," the warrant said. Andrew "struck her in the upper torso and head several times with a closed right fist," the records say.

The warrant said Pinnock suffered no signs of physical injury and refused medical treatment. She was placed on a psychiatric hold for two weeks.

CBS Los Angeles reported, however, that while the CHP initially reported that Pinnock did not seek medical treatment, she was actually hospitalized for a month.

The move prompted an outcry from Pinnock's attorney.

"She suffered a traumatic head injury," Harper said at the time. "How can you give away files about someone injured ... to the very people who beat her?"

Pinnock has been diagnosed with bipolar disorder and had been off her medication for two to three months before the altercation.