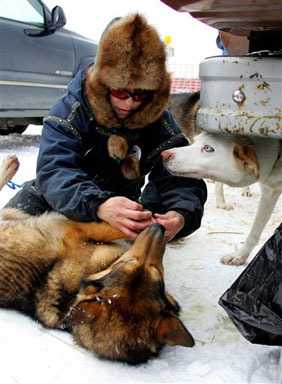 Miami Dolphins quarterback Dan Marino received a $78 traffic ticket Friday, one day after rear-ending an Isuzu Rodeo on his way to work in his Chevrolet Suburban.

Marino was cited Thursday for failure to use due care. Marino wasn't ticketed at the scene because Cooper City police feared tying up traffic at rush hour.

"The last thing the officer wanted to do is have people say, `That's Dan Marino out there,' " spokesman Capt. Marvin Stoner said.

Two passengers in the Isuzu complained of neck pain and were treated and released at a hospital. Marino, who was unhurt, immediately admitted causing the accident, police said.

A police report said Marino had spilled coffee in his lap and had reached down to brush it away when he hit the Rodeo at 10-15 mph.