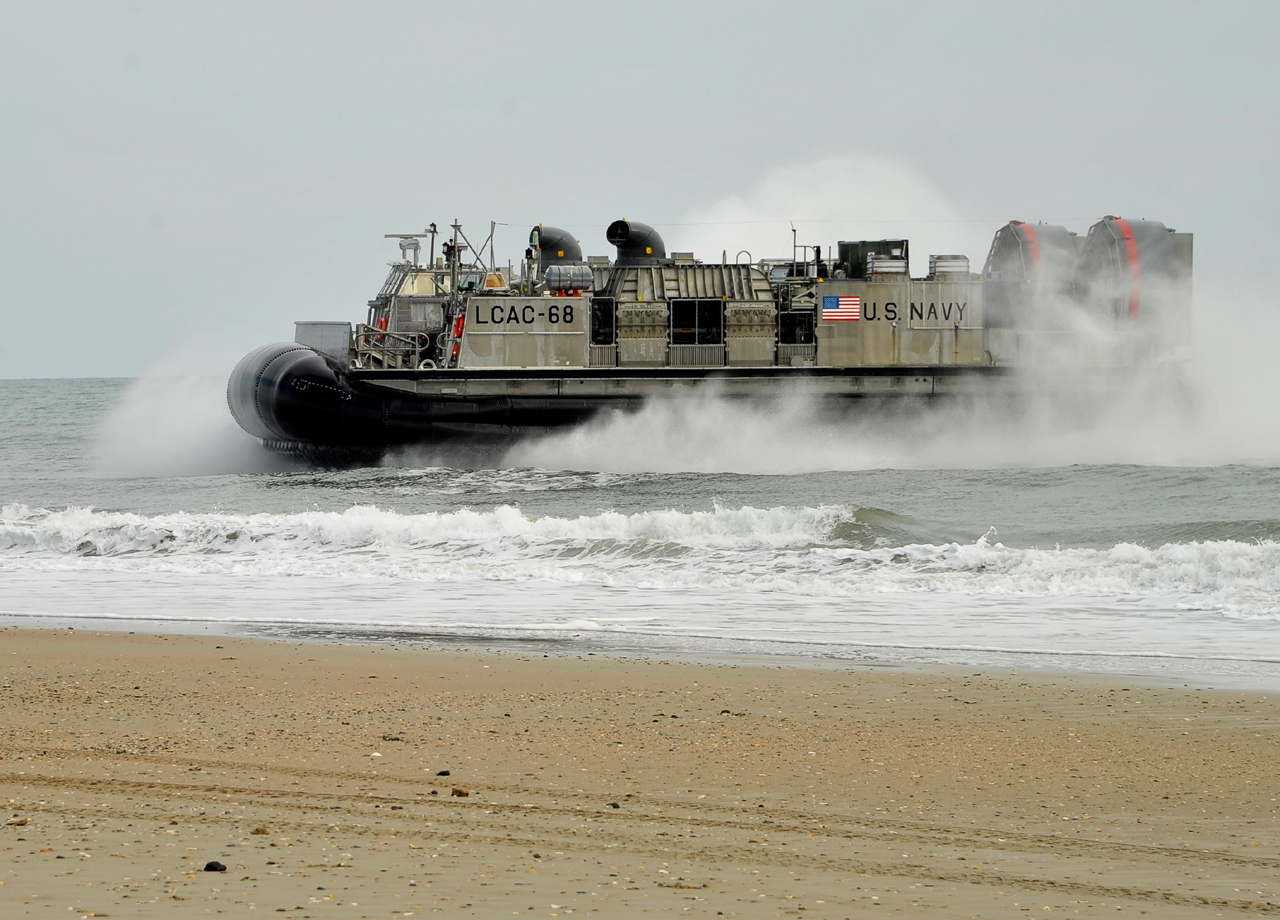 ABOARD THE USS WASP - Thousands of Marines are storming U.S. shores to train for a more modern version of the well-known beach assaults conducted during World War II.

Military officials say the joint U.S.-NATO operation being conducted in Virginia and North Carolina, called Bold Alligator, is the largest amphibious training exercise they've attempted in at least a decade, since the opening days of Operation Iraqi Freedom.

Marines have been fighting wars in landlocked countries like Iraq and Afghanistan, and many have never even set foot on a Navy ship.

That's of particular concern as the military shifts its strategic focus toward the coastal regions of the Middle East and the Pacific, where landing a force entirely by air or from a friendly country might not be possible.

During the two-week-long exercise, thousands of U.S. Marines and British and Canadian commandos are practicing all facets of amphibious operations - afloat off the Virginia and North Carolina coasts, and coming ashore.

About 3,500 Marines made landfall on the beaches near Camp Lejeune, N.C., and Virginia Beach beginning Monday. Landing craft air cushions (LCAC) and amphibious assault vehicles delivered Marines and coalition forces from the United Kingdom and Canada from the amphibious assault ship USS Kearsarge (LHD 3) to the beach in a mock amphibious landing.

Bold Alligator will continue through Feb. 12.