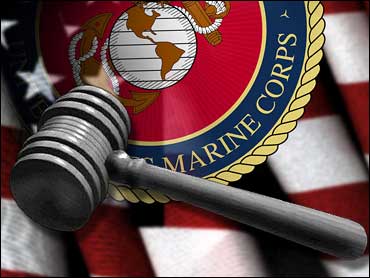 A Marine was charged for a second time with murdering a detainee three years ago in Fallujah, Iraq, the military announced Friday.

Sgt. Jermaine A. Nelson was charged with murder and dereliction of duty, charges that were earlier dismissed to give a general more time to review the case.

Nelson is the second person charged in the case that centers on allegations that a Marine squad shot a group of unarmed captives during heavy fighting in November 2004.

Squad leader Jose Nazario, 27, has been charged with one count of voluntary manslaughter in the killing of two captives. Because he completed his military service, the former sergeant faces charges in federal court.

Phone calls to a Marine spokesman were not immediately returned. Nelson has not been appointed a Marine attorney, and it was unclear if he had hired a civilian attorney.

The killing on Nov. 9, 2004 came after troops took fire from insurgents hiding in a Fallujah house. The man was captured after the squad entered the building.

Nazario placed a call on his radio and was asked "Are they dead yet?" according to the federal criminal complaint against him.

When Nazario responded that the captives were still alive, he was told by the Marine on the radio to "make it happen." The captive was shot.

Defense lawyers for Nazario have attacked the case for a lack of physical evidence.

Lt. Gen. James Mattis tossed the original charge brought by prosecutors against Nelson so he could review the evidence. But Mattis left his post at Camp Pendleton to take over as commander, U.S. Joint Forces Command, in Norfolk, Va., and it was not immediately clear if he ever signed off on the charges.

The case came to light when a former corporal from the squad, Ryan Weemer, applied for a job with the Secret Service. Investigators claim Weemer described the killings during a polygraph test that included a question about whether he had participated in a wrongful death. Weemer has not been charged with any crime.

The troops were assigned to 3rd Battalion, 1st Marine Regiment, 1st Marine Division at the time.

A year after the alleged shootings, a different squad from the same company was involved in the killings of 24 civilians in Haditha, Iraq. Nelson, Nazario and Weemer are not connected to that case.