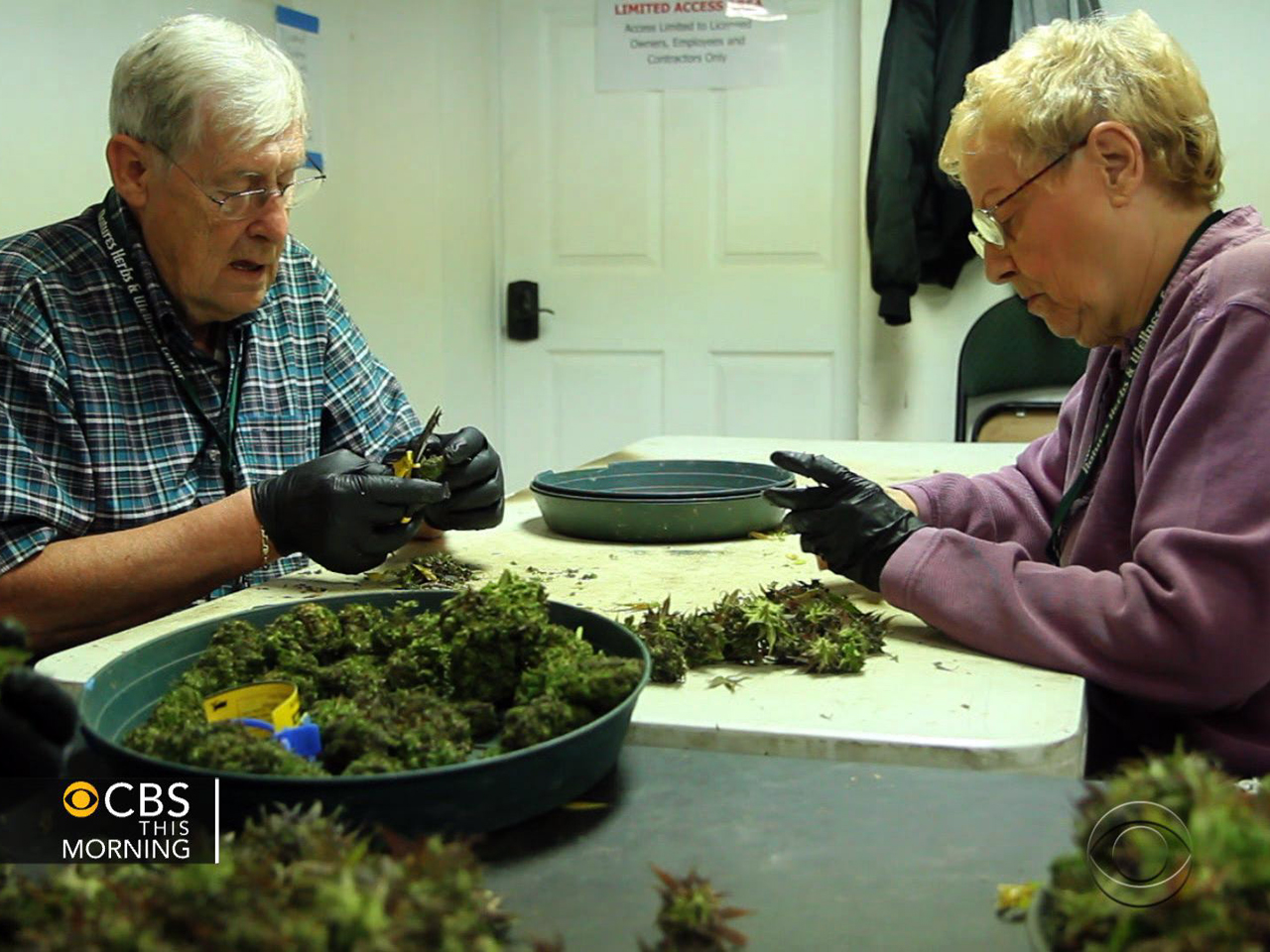 Several states are considering legalizing recreational marijuana, but in Colorado where recreational pot is now legal, Gov. John Hickenlooper thinks marijuana sales will bring in more than $600 million a year, with $134 million in taxes.

A four-by-five block, one-stoplight town, Garden City now knows something about cashing in on temptation. It's the only town in a county of 4,000 square miles where recreational pot sales are legal.

Erica Pilch owns Cloud 9 where the staff can barely keep up. Pilch said, "We get (customers) from all over everywhere. And most -- you know, there's people that travel two hours to come here. ... We are an island."

The city was started when Prohibition ended in 1933. Surrounding Weld County and its cities stayed dry, so a local entrepreneur incorporated the tiny town, issued liquor licenses, and Garden City enjoyed an 80-proof boom that lasted until the laws changed in the late 1960s.

And then, Colorado voters legalized pot for medical and later recreational use, but cities in Weld County opted out of allowing sales, except for Garden City, population about 300.

Brian Seifried, the town's part-time mayor, said, "One's decision to smoke marijuana or not is a very personal decision."

Asked for words of wisdom to those who are afraid of legalized marijuana, Seifried said, "It's wise to try new things. In order to move forward as a community, sometimes you need to make leaps of faith."

And the boom is back. Last year, taxes from pot poured $250,000 -- a third of the budget -- into city coffers from medicinal sales. Recreational marijuana sales this year will add a lot more.

With that extra cash, the city trimmed everyone's trees for free, and gives matching grants for everything, from painting fences to upgrading store fronts.

Seifried said, "It's great that the law was written in a way that each community can make their own decision."

CBS News' Barry Petersen remarked to Seifried, "Well, it's great for you because they said 'no' and you said 'yes'."

Seifried replied, "Absolutely. It definitely gives us a little bit of a niche we haven't had for a long time."

Down the street, owner John Rotherham is busy expanding Nature's Herbs and Wellness, with more room for a lot more plants, and that means he needs a lot more workers.

His employees already include his parents and cousins, who trim the marijuana buds for sale. He now has around 50 employees, and expects to double his workforce after he's finished expanding.