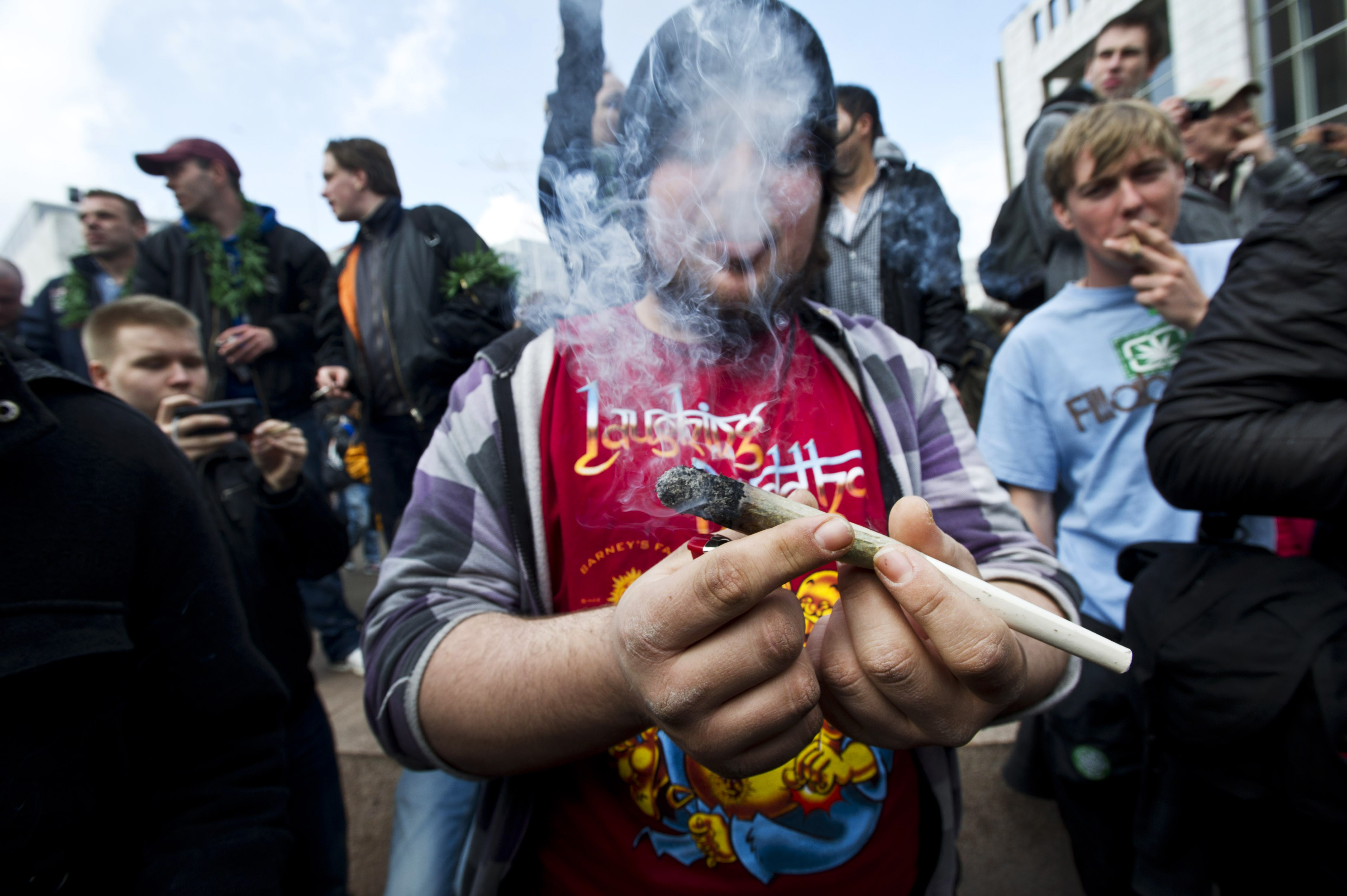 Researchers have found structural changes related to memory in former pot smokers who were in their young 20s but used during their teenage years. The changes look similar to what schizophrenia does to the brain, according to the study, published Dec. 16 in Schizophrenia Bulletin.

"The study links the chronic use of marijuana to these concerning brain abnormalities that appear to last for at least a few years after people stop using it," lead study author Matthew Smith, an assistant research professor in psychiatry and behavioral sciences at Northwestern University Feinberg School of Medicine, said in a statement.

Marijuana is the most commonly-used illicit drug in the U.S. The U.S. government considers it illegal, but two states, Colorado and Washington, legalized recreational use following Nov. 2012 elections. An estimated 7.3 percent of Americans older than 12 use marijuana, and more than 7.6 million people use it daily. Roughly 6.5 percent of all high school seniors smoke marijuana daily, up from 5.1 percent five years ago.

Experts also argue marijuana can be addictive for about 10 percent of users.

But,are the young putting their brains at harm by smoking? To find out, researchers recruited 10 young adults who smoked pot daily when they were 16 and 17 but had quit at least two years earlier, and compared them to 15 people with schizophrenia who had smoked, 28 people with schizophrenia who had never used drugs, and 44 healthy control subjects.

They found changes in gray matter areas of the brain associated with working memory, which is the ability to process information and transfer it to long-term memory, if needed. Gray matter is rich in neurons (nerve cells) and plays a role in routing signals to areas responsible for numerous functions like memory and movement.

Researchers saw memory-related structures of the brain, including the thalamus, stratum and globus pallidus, appeared to shrink and collapse inward, which may be a result of a decrease in neurons. They say their study is different because previous pot studies focus on the outer layer called the cortex, but this study looks deeper in the brain at "subcortical" regions.

The younger the participants were when they started smoking pot chronically, the more abnormal the shape of the brain regions. That suggests that regions related to memory may be more susceptible to pot’s effects if abuse starts at an earlier age, according to the researchers.

They concede their study only looked at one point in time, so more research is needed to track brain development in young adults who use marijuana.

A closer look at the 15 pot-smokers with schizophrenia found 90 percent of them smoked heavily before they developed the mental health disorder. They also had more deterioration in the thalamus, which also controls for motivation along with memory. Other research has shown that this area is typically impaired in people with schizophrenia.

While previous studies have linked schizophrenia to pot use, the researchers said, “this paper is among the first to reveal that the use of marijuana may contribute to the changes in brain structure that have been associated with having schizophrenia."

"If someone has a family history of schizophrenia, they are increasing their risk of developing schizophrenia if they abuse marijuana,” the researchers explained.

One expert disagreed with that statement.

"I thought that was a little bit of a jump," Dr. Scott Krakower, assistant unit chief of psychiatry at Zucker Hillside Hospital in Glen Oaks, N.Y., told HealthDay. "We know people with schizophrenia use marijuana. It's going to be very hard to say that someone has schizophrenia because they used marijuana. That's going to be hard to prove."

Previous research has tied to marijuana use in teens to IQ drops, but that link has been challenged by subsequent studies.

"Future research needs to be done to verify the implications of marijuana use on the ... structure of the brain," said Krakower. "It needs to be studied in a group of people over a period of time."