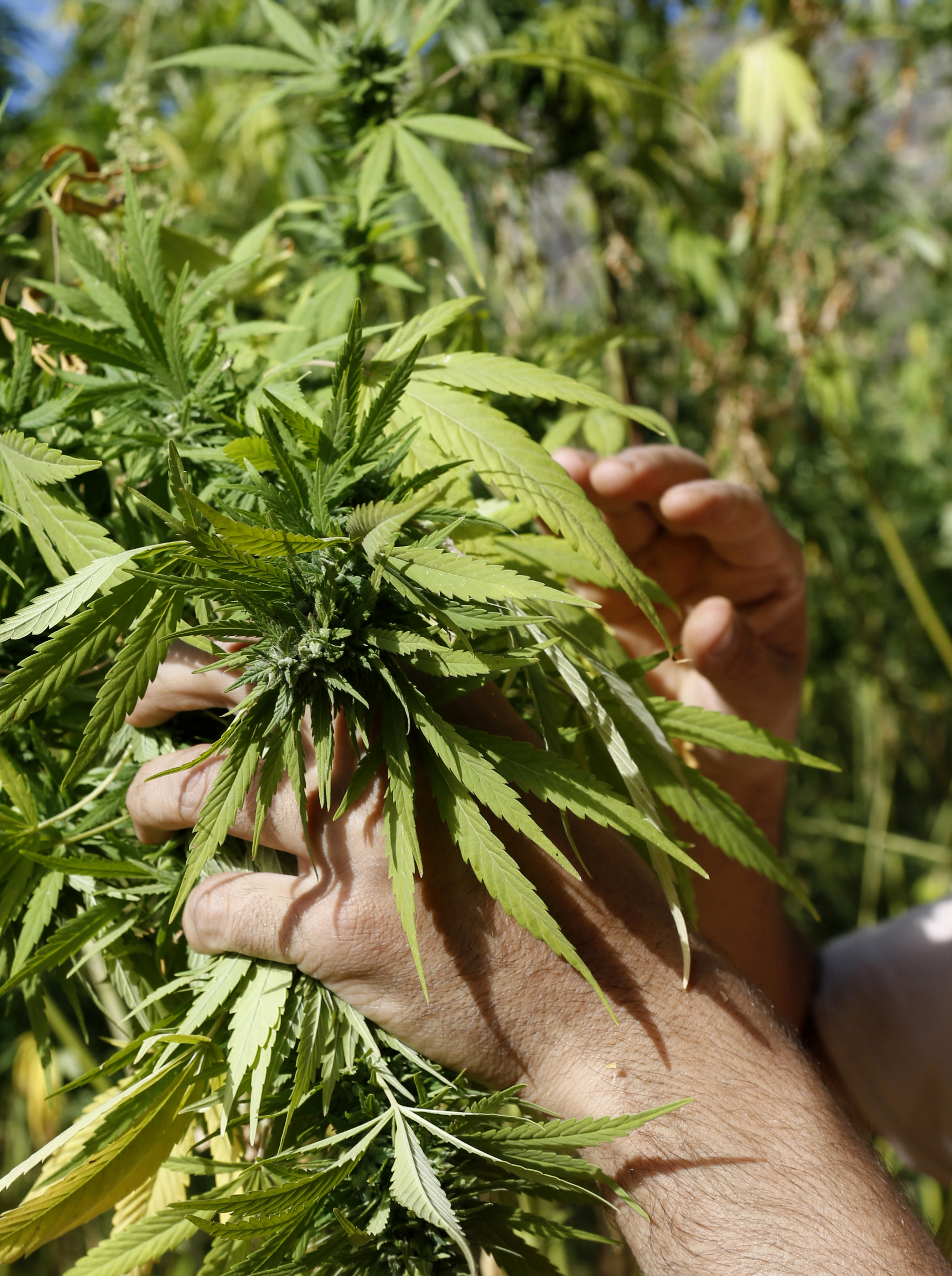 From the sites where prehistoric hunters and gatherers lived, to ancient China and Viking ships, cannabis has been used across the world for ages, and a new report presents the drug's colorful history.

In the report, author Barney Warf describes how cannabis use originated thousands of years ago in Asia, and has since found its way to many regions of the world, eventually spreading to the Americas and the United States.

"For the most part, it was widely used for medicine and spiritual purposes," during pre-modern times, said Warf, a professor of geography at the University of Kansas in Lawrence. For example, the Vikings and medieval Germans used cannabis for relieving pain during childbirth and for toothaches, he said.

"The idea that this is an evil drug is a very recent construction," and the fact that it is illegal is a "historical anomaly," Warf said. Marijuana has been legal in many regions of the world for most of its history.

Where did pot come from?

It is important to distinguish between the two familiar subspecies of the cannabis plant, Warf said. Cannabis sativa, known as marijuana, has psychoactive properties. The other plant is Cannabis sativa L. (The L was included in the name in honor of the botanist Carl Linnaeus.) This subspecies is known as hemp; it is a nonpsychoactive form of cannabis, and is used in manufacturing products such as oil, cloth and fuel. [11 Odd Facts About Marijuana]

A second psychoactive species of the plant, Cannabis indica, was identified by the French naturalist Jean-Baptiste Lamarck, and a third, uncommon one, Cannabis ruderalis, was named in 1924 by Russian botanist D.E. Janischevisky.

Cannabis plants are believed to have evolved on the steppes of Central Asia, specifically in the regions that are now Mongolia and southern Siberia, according to Warf. The history of cannabis use goes back as far as 12,000 years, which places the plant among humanity's oldest cultivated crops, according to information in the book "Marihuana: The First Twelve Thousand Years" (Springer, 1980).

"It likely flourished in the nutrient-rich dump sites of prehistoric hunters and gatherers," Warf wrote in his study.

Burned cannabis seeds have also been found in kurgan burial mounds in Siberia dating back to 3,000 B.C., and some of the tombs of noble people buried in Xinjiang region of China and Siberia around 2500 B.C. have included large quantities of mummified psychoactive marijuana.

Both hemp and psychoactive marijuana were used widely in ancient China, Warf wrote. The first record of the drug's medicinal use dates to 4000 B.C. The herb was used, for instance, as an anesthetic during surgery, and stories say it was even used by the Chinese Emperor Shen Nung in 2737 B.C. (However, whether Shen Nung was a real or a mythical figure has been debated, as the first emperor of a unified China was born much later than the supposed Shen Nung.)

From China, coastal farmers brought pot to Korea about 2000 B.C. or earlier, according to the book "The Archeology of Korea" (Cambridge University Press, 1993). Cannabis came to the South Asian subcontinent between 2000 B.C. and 1000 B.C., when the region was invaded by the Aryans -- a group that spoke an archaic Indo-European language. The drug became widely used in India, where it was celebrated as one of "five kingdoms of herbs ... which release us from anxiety" in one of the ancient Sanskrit Vedic poems whose name translate into "Science of Charms."

From Asia to Europe

Cannabis came to the Middle East between 2000 B.C. and 1400 B.C., and it was probably used there by the Scythians, a nomadic Indo-European group. The Scythians also likely carried the drug into southeast Russia and Ukraine, as they occupied both territories for years, according to Warf's report. Germanic tribes brought the drug into Germany, and marijuana went from there to Britain during the 5th century with the Anglo-Saxon invasions.

"Cannabis seeds have also been found in the remains of Viking ships dating to the mid-ninth century," Warf wrote in the study.

Over the next centuries, cannabis migrated to various regions of the world, traveling through Africa, reaching South America in the 19th century and being carried north afterwards, eventually reaching North America.

How did marijuana get to the United States?

After this really long "trip" throughout the pre-modern and modern worlds, cannabis finally came to the United States at the beginning of the 20th century. It arrived in the southwest United States from Mexico, with immigrants fleeing that country during the Mexican Revolution of 1910-1911.

"Many early prejudices against marijuana were thinly veiled racist fears of its smokers, often promulgated by reactionary newspapers," Warf wrote in his report. "Mexicans were frequently blamed for smoking marijuana, property crimes, seducing children and engaging in murderous sprees."

Americans laws never recognized the difference between Cannabis sativa L. and Cannabis sativa. The plant was first outlawed in Utah in 1915, and by 1931 it was illegal in 29 states, according to the report.

In 1930, Harry Aslinger became the first commissioner of the Federal Bureau of Narcotics (FBN) and undertook multiple efforts to make marijuana illegal in all states. In 1937, the Marijuana Tax Act put cannabis under the regulation of the Drug Enforcement Agency, criminalizing possession of the plant throughout the country.

"Today, the federal government still classifies marijuana as a Schedule I controlled substance, along with heroin and LSD, indicating it has high potential for abuse and addiction, no accepted medical uses and no safe level of use," Warf wrote.