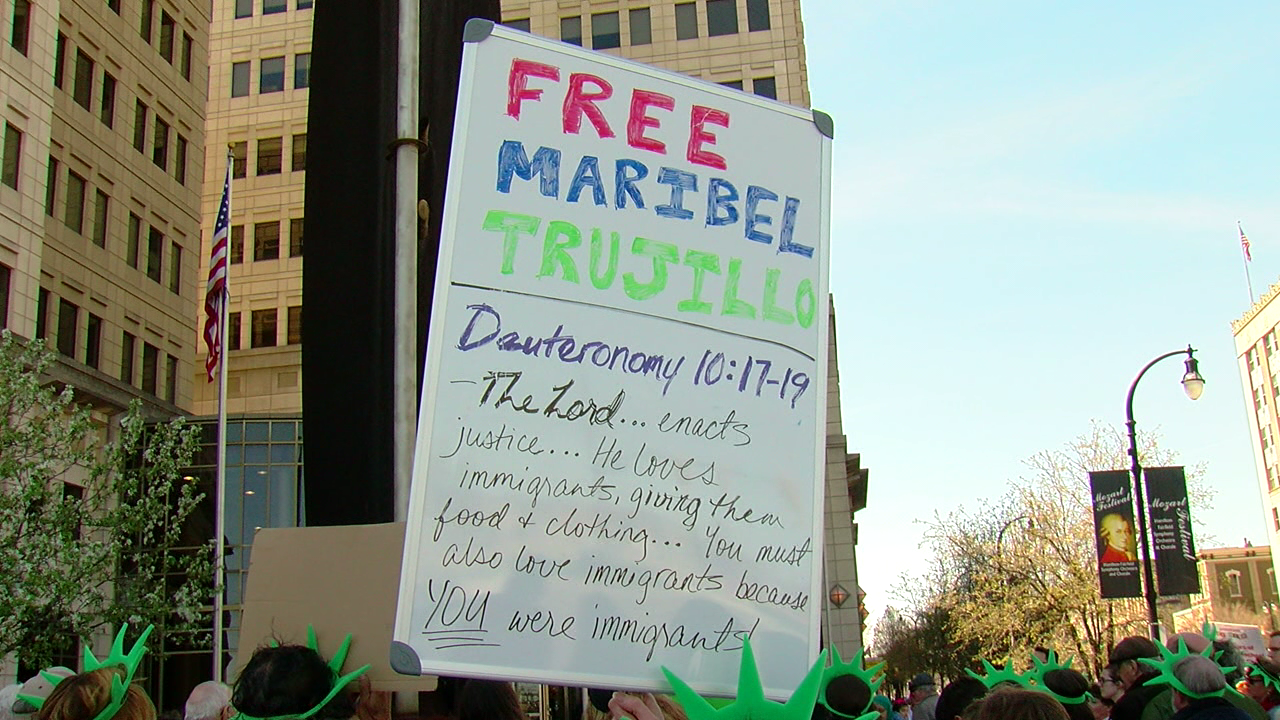 The Cincinnati-based 6th U.S. Circuit Court of appeals granted the Justice Department’s request to dismiss the appeal by Maribel Trujillo Diaz. The terse ruling by a three-judge panel says her bid for court intervention wasn’t timely, noting she had been subject to a final order of removal since 2014.

Immigration officials have contended Trujillo Diaz entered the United States illegally in 2002 and had exhausted her appeals.

“We’re obviously disappointed with the court’s ruling, but we still encourage ICE (Immigration and Customs Enforcement) to do the right thing and not separate this mom from her kids,” attorney Emily Brown said.

She said the woman was being moved Tuesday from Ohio to an immigration detention center in Louisiana in preparation for her removal.

The Roman Catholic Archdiocese of Cincinnati has called for mercy, saying she has made positive contributions to her church and community in Butler County, just north of Cincinnati. Her attorneys say her family has been targeted by drug cartels in her homeland.

Meanwhile, Attorney General Jeff Sessions announced a get-tough approach to immigration prosecutions during a tour Tuesday of the U.S.-Mexico border. He urged federal prosecutors to intensify their focus on immigration crimes such as illegal crossings or smuggling others into the U.S.

The archdiocese has said deporting Trujillo Diaz wouldn’t serve the Trump administration’s immigration goals of public safety and removing criminal elements because she has no criminal history and cares for children ranging in age from 3 to 14, the youngest with special needs. It called the action to take her into custody last week “cruel and unacceptable.”

There have been vigils and rallies on her behalf.

Ohio’s Republican governor also spoke out against the immigration action.

“We have enough broken families in the country,” Gov. John Kasich told The Cincinnati Enquirer’s editorial board Monday. “And now what we’re going to do is go hunt them down and ship them out and break up the family and scare the kids?”

But Kasich said the state doesn’t have jurisdiction in the immigration matter.

“There’s nothing I can do about it,” said Kasich, who ran against Trump in the presidential primary race. “In case you didn’t know, I’m not president.”