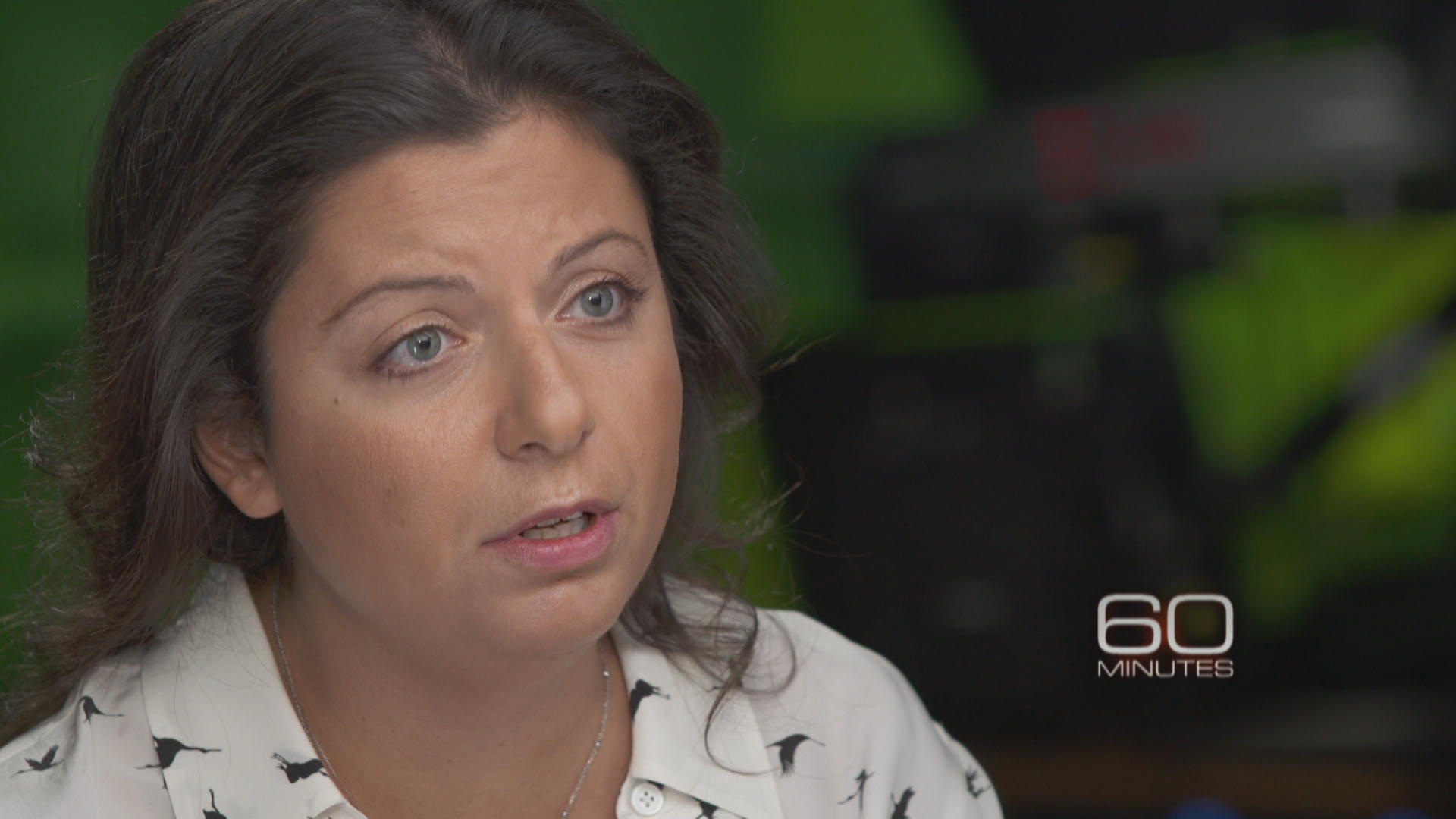 U.S. intelligence agencies believe Russia used disinformation warfare to try to interfere with the 2016 presidential election and an American intelligence report finds that one of the weapons in the Kremlin's arsenal was its state-run news network RT, formerly Russia Today. Earlier this year, the English-language TV channel met the U.S. demand to register as a foreign agent.

LESLEY STAHL: Let's talk about Russian interference in our election.

STAHL: Which our intelligence agencies tell us happened.

STAHL: It's also Facebook and Twitter….Say the same thing now.

STAHL: They say that the Russians used their websites to perpetrate pro-Trump, anti-Hillary Clinton information.

SIMONYAN: No. RT did not support Trump.

SIMONYAN: And our fault is that RT did not support Hillary either.

STAHL: I know that.

SIMONYAN: I wanted to win somebody who would be nicer to Russia.

STAHL: Did you get that?

SIMONYAN: No. Is it even possible? We don't know.

One curiosity is RT's connection to Michael Flynn -- President Trump's former national security adviser -- who has pleaded guilty to lying to the FBI in the Russia probe. Simonyan invited him to RT's 10th anniversary gala in 2015.

STAHL: You paid him $45,000 to come to the event. And sat him next to Mr. Putin...It just conjures up the idea that eventually he may have been some kind of a conduit when he did get close to Trump.

SIMONYAN: Because he sat next to Putin in very...

STAHL: Not because he sat next to Putin. That there was some relationship.

SIMONYAN: With Putin? Putin didn't know who he was. I give you my word on that.