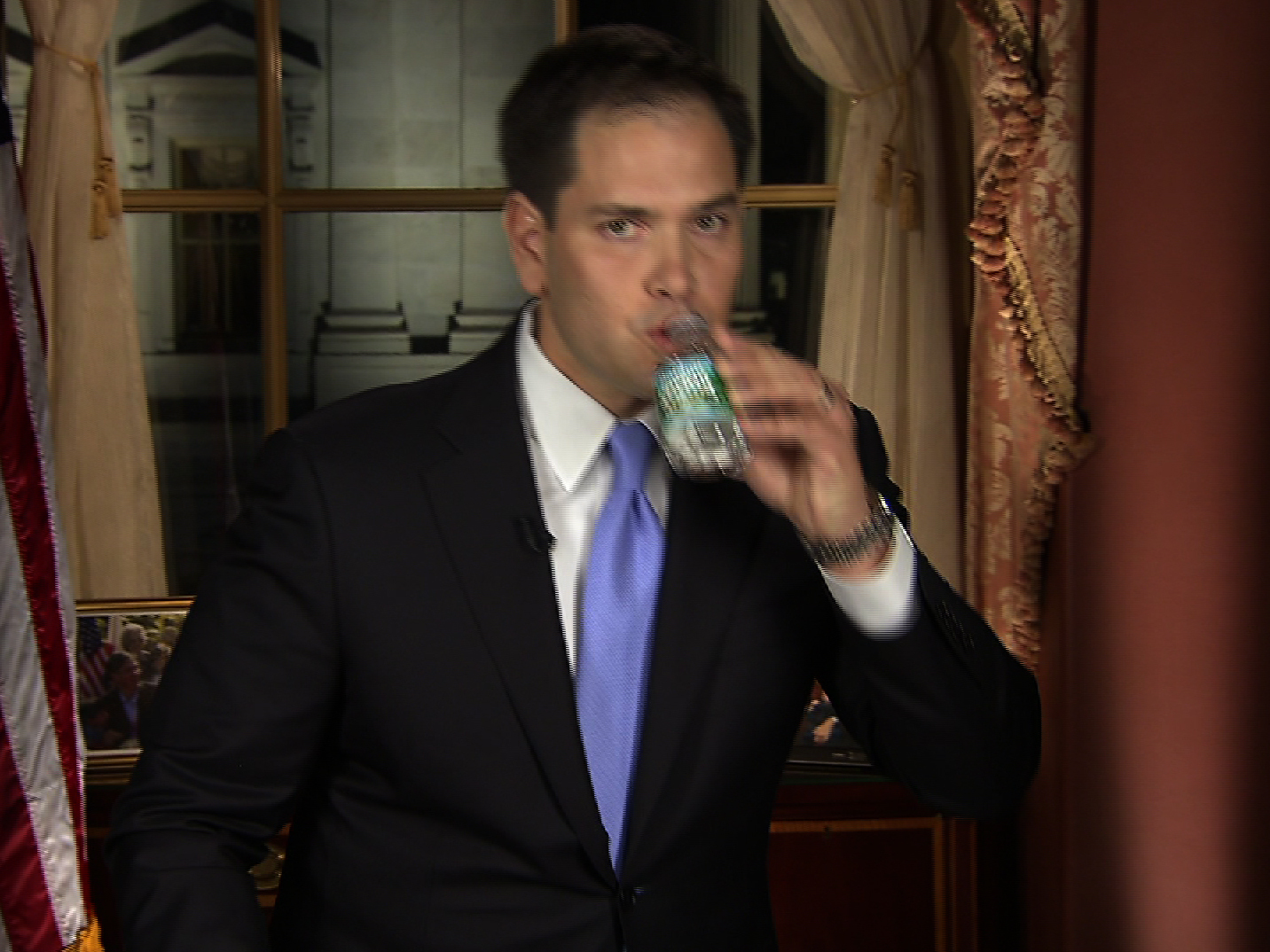 In the official GOP rebuttal to President Obama's State of the Union speech Tuesday, Republican Sen. Marco Rubio, R-Fla., made a passionate case for the limited role of government in American society. But the gist of his message was lost on the Twittersphere about 11 minutes in, when the visibly overheated senator broke away for a quick sip of water.

Rubio, who had mopped his brow a few times previously during the speech, was in the midst of maligning what he called "false choices" Mr. Obama laid out between big government and big business. But he interrupted his thought to grab a small water bottle apparently at his side, ducking down and nearly out of of the camera frame, before taking a sip and continuing with his remarks.

Commentators immediately pounced: On CNN, Wolf Blitzer was captured saying, "uh oh" as Rubio put the water bottle down again, and gifs of the moment immediately popped up on Twitter.

Rubio, however, acknowledged the incident in a lighthearted post-game tweet of his own -- with a picture of the water bottle in question, along with the hashtag #GOPResponse.

On "CBS This Morning" today, Rubio said he's "just glad the water was nearby. I don't know what I would have done without it."