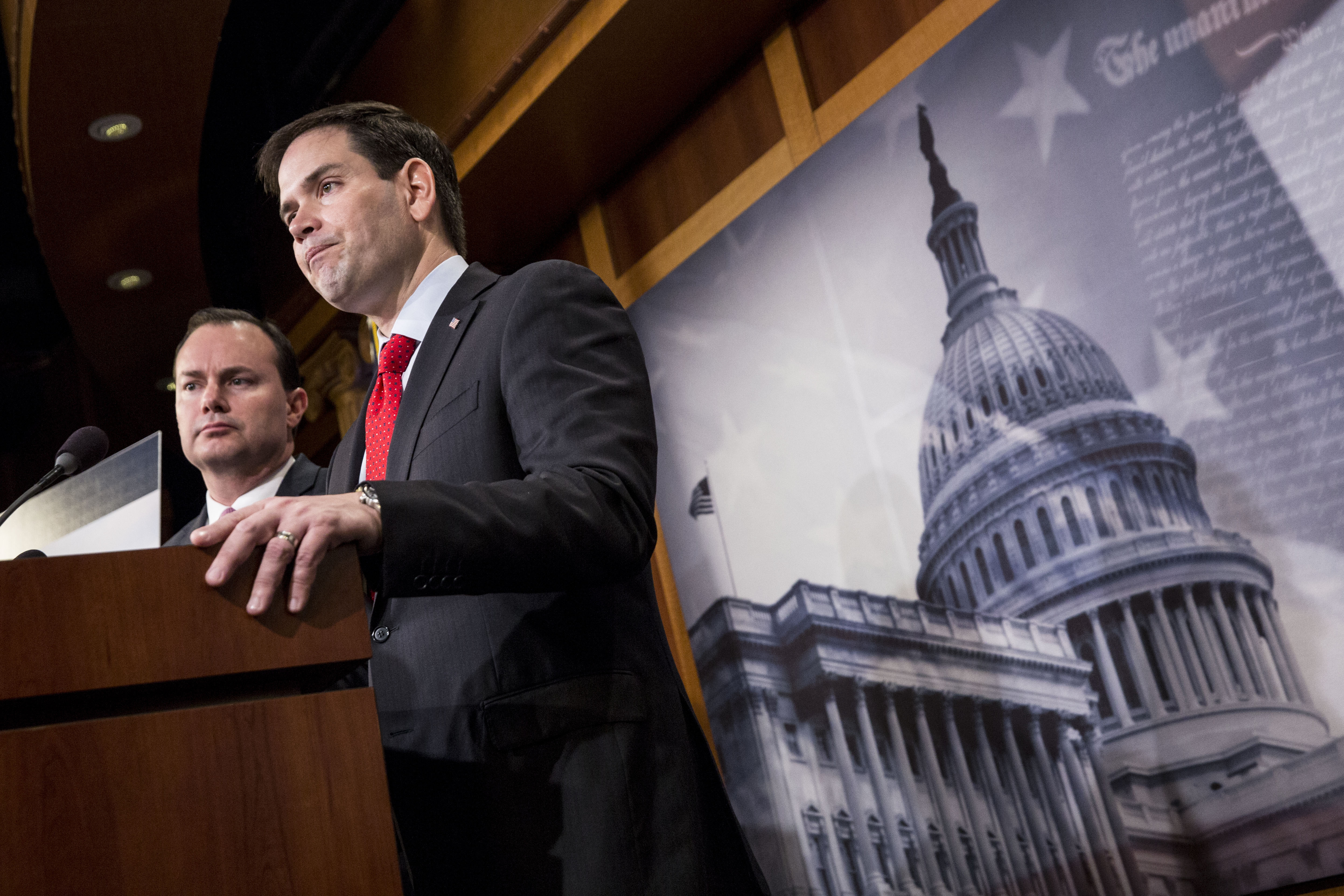 Florida Sen. Marco Rubio is accusing the government of wanting to "crash the party" of the Internet's free market, knocking recent net neutrality regulations voted on by the Federal Communications Commission last month.

"While our leaders can't be bothered to fix the many institutions in America that are actually broken, they are eager to 'fix' the one thing in America that works the best," the Republican senator, who is weighing a 2016 bid for the White House, wrote Tuesday in a POLITICO op-ed. "With friends like government, the Internet needs no enemies."

Rubio denounced the recent FCC edict that categorizes the Internet as a common carrier, the framework that applies to phone service. The FCC published the rules--in a 300-page document--after a February vote to reclassify the Internet as a Title II public utility. The 3-2 net vote, along party lines, bans Internet Service Providers (ISPs) from selling faster broadband lanes to content companies.

"Throughout this debate, Americans have been given a false choice: Either you are for the FCC's plan, or you are for a lawless Internet," the Florida republican said. "This represents a cynical view of free markets and a misunderstanding of government's role in protecting them."

The potential presidential hopeful penned his critique as FCC chair Tom Wheeler is set to face more Congressional interrogation over the new rule. Wheeler defended the regulation to the House Oversight Committee Tuesday morning, saying the commission "adopted strong and balanced protections that assure the rights of Internet users to go where they want, when they want."

Rubio laid out his objections to the FCC's plan in a Politico op-ed. He complained, "[A]n extraordinary amount of power over the Internet, including case-by-case discretion, would be given to an unelected, unaccountable board that every lobbyist, lawyer and crony capitalist with a vested interest in the Internet will seek to manipulate."

Rubio, who serves on the Senate Commerce Committee, also raised the specter of international powers and their authority over internet networks.

"The move won't turn America into China or Cuba when it comes to government control over our online lives," Rubio wrote, "but it will give federal bureaucrats a foot in the door to start unseating market forces."

Wheeler is scheduled to testify before Congress on this issue four more times before the end of the month. He'll have a chance to defend the rule to Rubio in person when he appears before the Senate Commerce Committee on Wednesday.